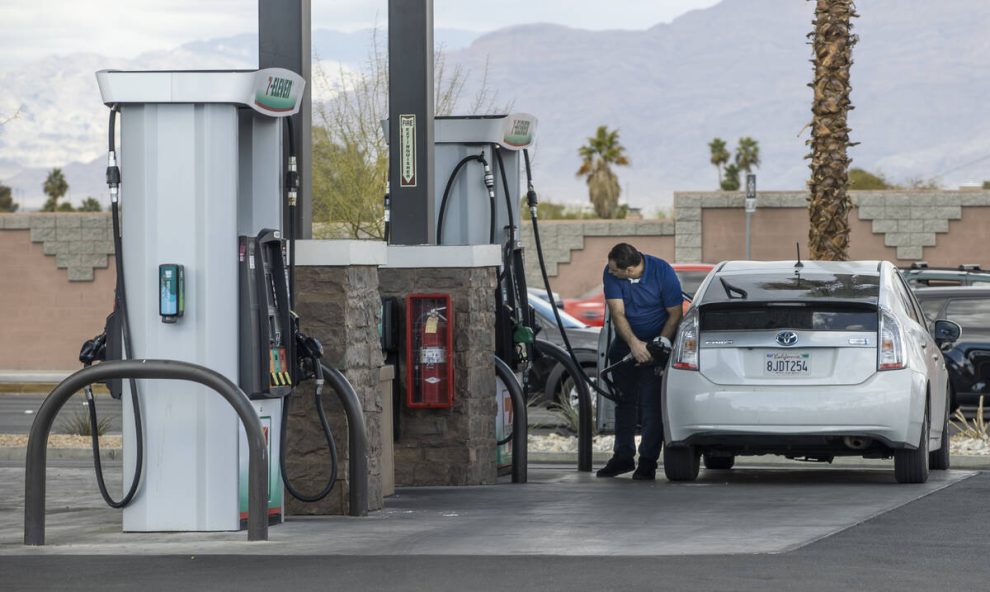 As inflation stalks American families, gas prices are chomping up an even larger share of paychecks.

As a sign of the times, one Los Angeles-area gas station was advertising regular unleaded gas at $6.99 a gallon, according to KABC-TV. Premium gas was selling at $7.29 a gallon.

That’s high even by LA standards, where the average price for regular unleaded hit $5.247 on Saturday, before moving on to even higher prices Sunday. According to AAA, the Sunday average in LA County was $5.375 per gallon.

“My husband told me and was like ‘$6,’ and I was like, ‘What?!’” said Joana Esparza on Sunday. “I think I put gas last week sometime, and it was still four-something.”

Her bottom line was: “That’s insane. I don’t think we’ve ever paid that … ever.”

Andy Lipow, president of Lipow Oil Associates, said the $4.50 mark is not unlikely.

“Oil buyers are reducing their purchases of refined products from Russia, causing Russian refineries to shut down,” he said. “Dockworkers are refusing to unload vessels carrying oil and gas. Insurance rates are skyrocketing, causing vessel owners to cancel ship bookings loading in Russia, and this is also impacting on the ability of Kazakhstan to sell their oil.”

$7 a gallon for regular gasoline? At least 1 gas station in LA is getting close to that mark https://t.co/aQwccbyiEQ#GasPrices #Gasoline #LosAngeles

The economic news could grow even worse this coming week, as the Consumer Price Index for February is unveiled.

Although that number will not reflect the recent increase in gas prices, economists expect to see an inflation of 7.8 percent, according to CNBC.

Inflation hit a 40-year high in January, coming in at 7.5 percent.

#gasprices Are higher than anytime in my life and It's all because of that disaster in the White House who declared War On American Energy on his first day in office pic.twitter.com/luaIa7h9GD

“The risk is to the upside. It will be a shocker if we get an 8 percent handle,” said Marc Chandler, chief market strategist at Bannockburn Global Forex.