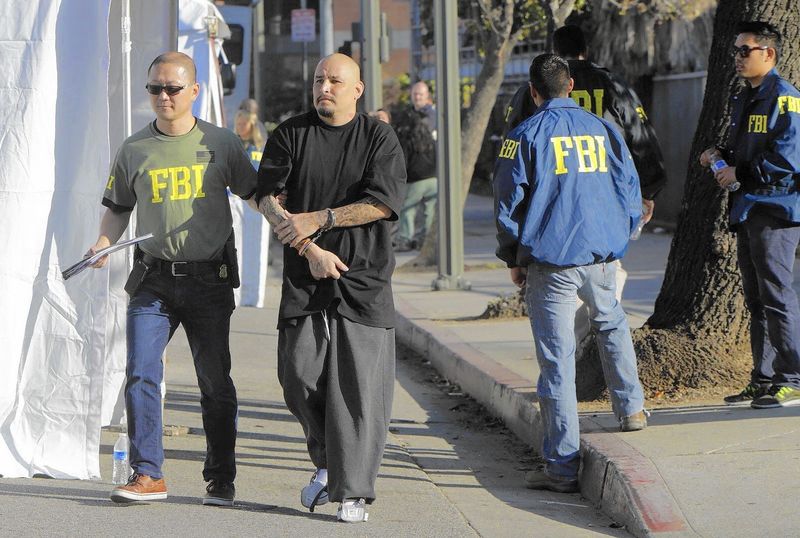 Members of a Latino street gang have admitted to carrying out a racially motivated firebombing attack on black families in a Los Angeles housing project, prosecutors announced Thursday.

Three men belonging to the Big Hazard gang will plead guilty to federal hate crimes stemming from the 2014 attack, according to written plea agreements. In exchange for the confessions, prosecutors for U.S. Atty. Nicola T. Hanna agreed to seek some leniency for the men when they are sentenced. Each faces more than 30 years in federal prison.The nighttime attack on Mother’s Day four years ago laid bare long-standing racial animosity Latino gangs have stoked in the Ramona Gardens Housing Development and elsewhere. The Big Hazard gang claimed the Boyle Heights housing project as its territory and the men set out to terrorize black families into fleeing their apartments, according to a statement released by Hanna.

Jose Saucedo, 24, Edwin Felix, 26, and Jonathan Portillo, 23, were part of a group of eight gang members who carried out the well-planned attack.Three other members of the gang previously pleaded guilty to participating in the bombing. As part of the plea deals announced this week, prosecutors will not require the three men to testify against the alleged ringleader of the group and an eighth man, who have maintained their innocence and face a trial this summer.

Details of the earlier guilty pleas have been kept under seal. The attack was discussed at a gang meeting in early May 2014, prosecutors alleged, where the purported ringleader, Carlos Hernandez, 31, told gang members that they would use Molotov cocktails to firebomb apartments of some of the 23 black families living in Ramona Gardens at the time.

Hernandez said the order for the attack had come from figures in the Mexican Mafia, a prison gang that controls many Hispanic gangs in Southern California, according to court filings. On May 11 — Mother’s Day — the group met again to prepare for the attack, the indictment said. At that second meeting, Hernandez assigned each gang member a specific job: breaking apartment windows, lighting the devices, throwing them inside. He also handed out disguises and gloves, according to the indictment.