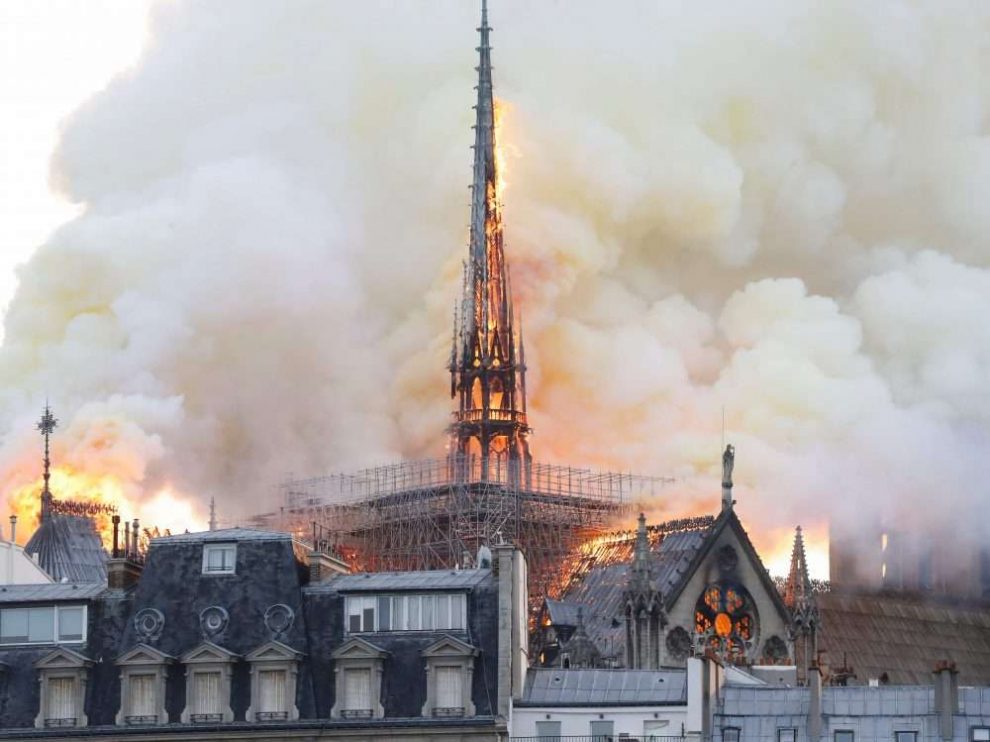 The French government announced Wednesday that it will sponsor an international contest for architects looking to contribute to the restoration of Notre Dame cathedral by designing a new spire to replace the one that collapsed in on the building during Monday’s catastrophic fire.

Although the cathedral itself was built over the course of several centuries between 1100 and 1400, the spire, which was the most notable architectural aspect to perish in Monday’s blaze, was added during a massive renovation of the cathedral around the turn of the 19th century. The architect who led the renovations capped off his project with the spire as a symbol of his contribution to the evolution of Notre Dame.

“Before the 19th century, the cathedral did not have a spire. It was (the architect) Viollet-le-Duc in the 19th century who decided to build the spire that we saw destroyed on Monday,” France’s Prime Minister Edouard Philippe said in a statement to media issued after a Wednesday morning Cabinet meeting.

French President Emmanuel Macron has promised a swift and comprehensive restoration project that he predicts will have the cathedral back to tip-top shape in less than five years. Experts say that’s too short of a timeline, especially since experts have yet to assess the cathedral’s stone facade for evidence of heat and fire damage that may have weakened the building’s outer stone shell.

A full restoration, Newsweek reports, could take as much as 40 years, depending on how much damage has been done to the Cathedral’s interior.

Phillippe told reporters that the French government, which has already received in excess of a billion dollars in donations to rebuild the Cathedral, will move as fast as it can, but acknowledged that the project is daunting.

“This is obviously a huge challenge, a historic responsibility,” Phillippe added.

Much to the dismay of historians, both Phillippe and Macron agree that some aspects of the cathedral should not be simply rebuilt, but should reflect a more “modern era,” and that the new spire should be “adapted to technologies and challenges of our times,” according to the Architects Newspaper.

“Whether we should even recreate the spire as it was conceived by Viollet-le-Duc…or if, as is often the case in the evolution of heritage, we should endow Notre-Dame with a new spire,” he added.

The competition will be open to architecture firms and individual architects from across the globe, and it will be up to the entrants whether they want to copy Viollet-le-Duc and replace the spire with a similar model, or whether they want to “improve” upon the original design, in order to give the cathedral a more modern feel. Rules guiding design submissions will be released soon.

This is not the first time that France has commissioned a “modern” update to one of its most significant buildings. In 1983, the French government commissioned architect I. M. Pei to “overhaul” the entrance and courtyard to France’s crown jewel museum, the Louvre. Pei added a series of glass pyramids to the Louvre’s central courtyard, and refashioned the entrance way to lead guests through one of the massive glass structures, down into the museum’s lower levels.

Pei’s design initially caused an uproar, but is now considered much-beloved. For the most part.