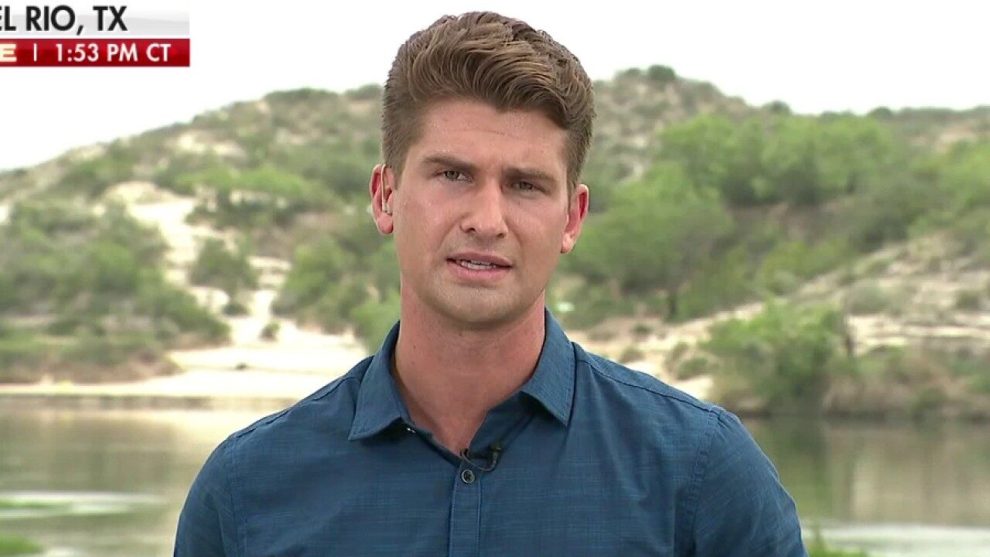 Fox News reporter Bill Melugin is very good at what he does, going back to his days at the Fox News affiliate here in Charlotte before he went on to Fox Los Angeles. He then later became a national correspondent for the cable news network, where his primary focus has been extensively reporting from the southern border on the ongoing illegal immigration issues plaguing border states like Texas, Arizona, and California.

Melugin’s in-depth, on-the-ground (and sometimes in the air via helicopters and use of drones) matter-of-fact reporting on the border crisis has been very effective at shining a bright spotlight on the serious problems the Biden administration doesn’t want the American people to know about. For that reason, he’s now being attacked and vilified by The Usual Suspects on the left who are portraying him as a closet conservative “propagandist” who is allegedly using his position to advance anti-immigration rhetoric his critics claim is spouted from right-wingers.

So it was little surprise to see another one go after Melugin’s coverage during a segment Tuesday on the horrific mass shooting that took place at Robb Elementary School in Uvalde, Texas that claimed the lives of 19 children and two teachers who were trying to protect them.

Timothy Burke aka “BubbaProg,” who proudly boasts in his Twitter bio that his work has been featured at liberal “news” sites like the Daily Beast and Deadspin, was monitoring Fox News after the shooting happened and shared the below six-second clip of Melugin commenting on a question asked by Fox News host Jeanine Pirro about whether or not a chase from the border patrol of the now-deceased perpetrator proceeded the shootings.

Keep in mind that multiple media outlets including ABC News and CBS News reported on the rumor about this early on as they tried to find out what was happening and bring it to viewers and readers. But “Bubba” decided to narrow his focus on Fox News, where he proceeded to cut off Melugin’s full answer to the question in an attempt at “owning” the Fox News reporter and his employer who Burke clearly insinuated was trying to turn this into a “blame the illegal immigrant” thing.

took about two minutes to repeat an unverified rumor on-air that it was "some sort of border patrol chase" https://t.co/NNFNl7nMzM pic.twitter.com/tKVAlL3gBv

The more complete answer from Melugin, however, is below, where people can plainly see that he actually cast doubt on the credibility of the early reports about a border patrol chase:

Melugin is no stranger to this deceptive tactic and responded accordingly, calling the wannabe-Aaron Rupar an “absolute hack” for good measure:

The reason you edited it down to six seconds is because you cut out the part where I shot down these rumors entirely you absolute hack. https://t.co/NsMaGv1Wbu

It’s never a good time to deceptively edit a video to get RTs and clicks (which is a routine practice for the left, as we’ve previously documented) but it’s especially not a good time to do it in the midst of a tragedy when emotions are high and people are looking to the media for answers.

Incredibly, “Bubba” later accused Fox News of reporting “some of the most irresponsible garbage you will ever see on television” regarding the school shooting, apparently blissfully unaware of how ironic that was coming from the guy who deliberately and irresponsibly suggested that Fox News was trying to whip up anti-illegal immigrant sentiment.

Some took the opportunity to report Burke’s tweet to Twitter for “manipulated media” but of course, it’s still up as of this writing because as we all know at this point Twitter’s only “standards” are double standards that allow the left routinely skate free on manipulating content, which quite literally happens every day – and often with the blessing of mainstream media reporters at supposedly “credible” news sites like the Washington Post.