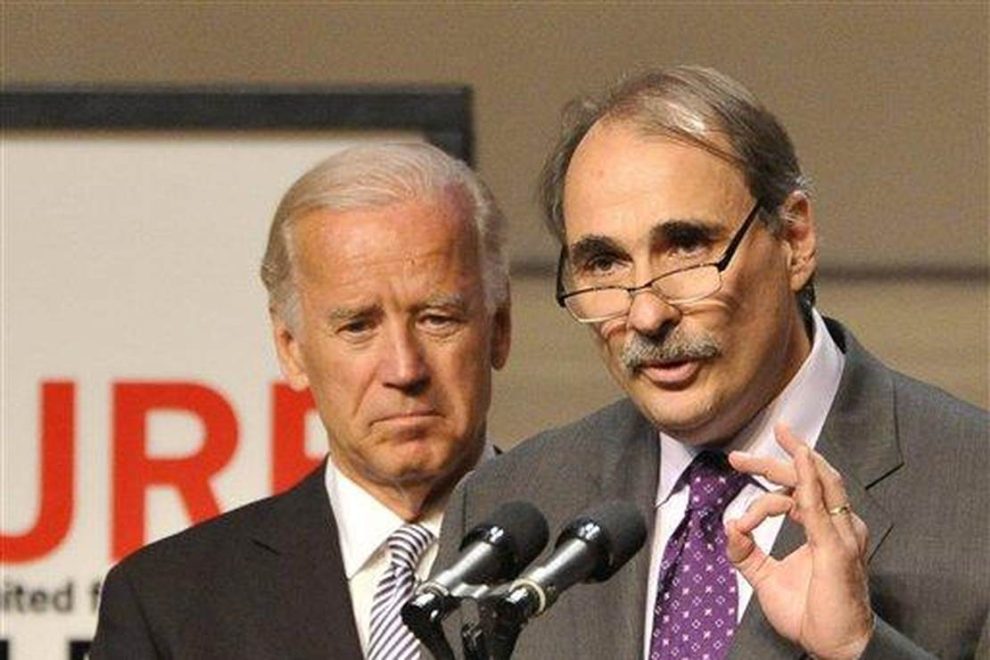 The man who masterminded both successful presidential campaigns for former President Obama, strategist David Axelrod, has harsh words for the current Commander-in-Chief saying, “There is this sense that things are kind of out of control and he’s not in command.” Appearing on CNN’s “The Lead with Jake Tapper” Thursday, he added, “so, you know, this is a very, very fraught environment for him right now.”

The first question that pops into my mind is, does this have Obama’s blessing? It’s hard to imagine that Axelrod, now a CNN commentator, would criticize the Democratic Party’s standard-bearer without running it first by his former boss. My second question is, how long does this guy want to work at CNN? Because if he keeps spouting off like this, he’s bound to upset some folks at the left-leaning network who have been covering for Biden since day one of his presidency. Paging Brian Stelter and Oliver Darcy…

.@davidaxelrod sees bad news for Biden: Things look 'out of control and he's not in command'https://t.co/h8INFDawdx

Axelrod didn’t stop there though, continuing to rip the president:

Inflation, no one president can control inflation, but it is a gale force wind right now. It’s affecting politics.

It’s true that no one president can control inflation, but one can certainly exacerbate the problem with profligate spending. Biden’s out-of-control layouts include mega-bills like the $1.2 trillion infrastructure bill and the $1.9 trillion American Rescue Plan providing for COVID relief. Throw in tens of billions more sent to Ukraine. Think all this might have something to do with inflation?

Don’t forget that Biden wanted to spend more—up to $5 trillion more on the Build Back Better bill, but was only stopped because he couldn’t get the votes. Imagine how much worse inflation would be had that behemoth made it through Congress.

House Minority Leader Kevin McCarthy said in November of 2021 that Biden’s monstrous agenda was even bigger than the New Deal and that “Never in American history has so much been spent at one time.”

The resulting inflation has come at a cost:

"A just-released national survey has found that 83% of U.S. households are cutting their personal spending and travel due to soaring inflation. These cutbacks are being driven almost entirely by energy costs, which have spiked nearly 35% in the past year." https://t.co/ecXE9w8p0V

Tapper asked Axelrod about an AP-NORC poll which shows that 85 percent of respondents think the country is headed in the wrong direction. “That frankly points to disaster for Democrats in November,” Tapper argued. Axelrod agreed:

If you were looking at the chart, you’d say the vitals are not good. The President’s approval rating’s at 38%. His economic ratings are low. Consumer confidence is down. The number that you mentioned.

The two also discussed the filibuster, with both acknowledging that although Biden has recently suggested pausing it for an abortion vote, he can’t actually make that happen. Tapper flatly declared, “Well he’s not going to be able to get it done,” because he simply doesn’t have the votes. Axelrod once again concurred.

Being a loyal Dem and also a CNN contributor, Axelrod at least had to make a (weak) attempt at optimism, claiming that the recent overturn of Roe v Wade might galvanize the progressive base. “You know, If I were a Republican strategist, I’d be a little bit worried about that right now,” he said.

No David, Republican strategists are not worried about that right now. They can read polls too.

Axelrod has been critical in the past of the Biden Administration, but he seems to have really taken off the gloves in this interview. Does he have the Big O’s blessing, as I asked earlier? Is this a sign that a wave of Dems will soon jump the Biden ship and try to force out of the race in 2024?

Or are they clearing the decks for Michelle Obama?