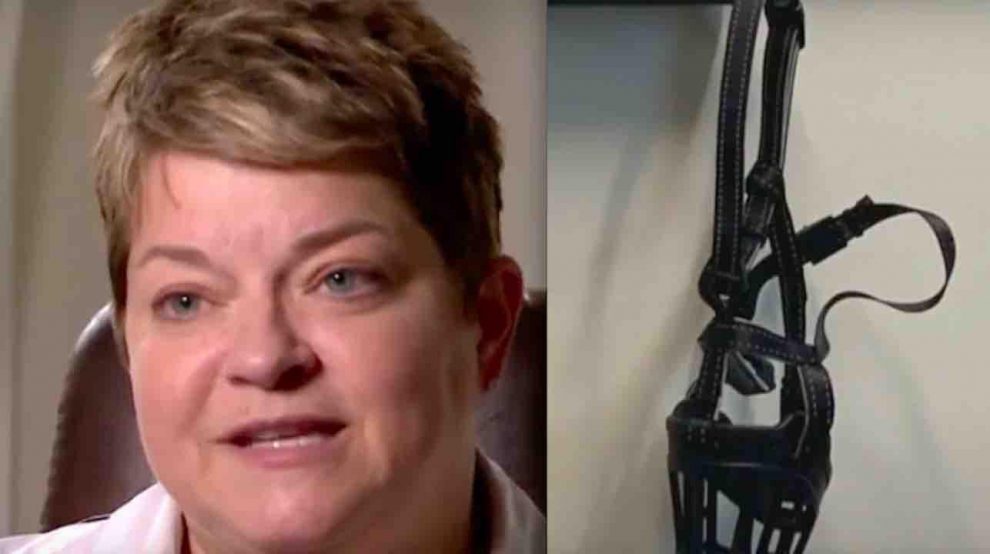 Tennessee’s former top vaccine official, who was fired last month after sharing a memo on a state law permitting kids to get vaccinated without parental consent, was caught by the government ordering a dog muzzle to her office and claiming it was sent as a threat.

In multiple CNN interviews, Michelle Fiscus described a debunked story involving a dog muzzle. So it went, Fiscus received a muzzle in the mail from Amazon at her state office from an anonymous individual prior to her being terminated.

Michelle’s husband, Brad Fiscus — a former school board member who resigned following parents objecting to mask mandates for the school system — told the Tennessean at the time, “Someone wanted to send a message to tell her to stop talking, they thought it would be a threat to her.”

However, new details have emerged following the conclusion of an investigation by the state’s Department of Safety & Homeland Security. Through a subpoena, officials realized the item in question was purchased with a credit card that bears Fiscus’ name.

“[T]he results of this investigation that purchases from both Amazon accounts were charged to the same American Express credit card in the name of Dr. Michelle D. Fiscus,” investigators noted, as first reported by Axios. The investigation first launched after Paul Peterson, an official in the department of health, told the Department of Safety about the ostensible threat.

Gary Humble, executive director of the conservative nonprofit group Tennessee Stands, told The Federalist the muzzle situation is “on par for Brad and Michelle Fiscus.”

“It’s to be expected,” Humble said. “Brad recently ran a campaign for Tennesee House and his tagline, if I remember correctly, was ‘integrity matters.’”

Fiscus, a pediatrician who was tapped to be Tennessee’s Medical Director of the Vaccine-Preventable Diseases and Immunization Program in 2019, lamented she was “terminated without cause.” Speaking to Axios, Brad claimed he was surprised by the dog muzzle finding and notified the outlet he will read the report prior to issuing a comment.