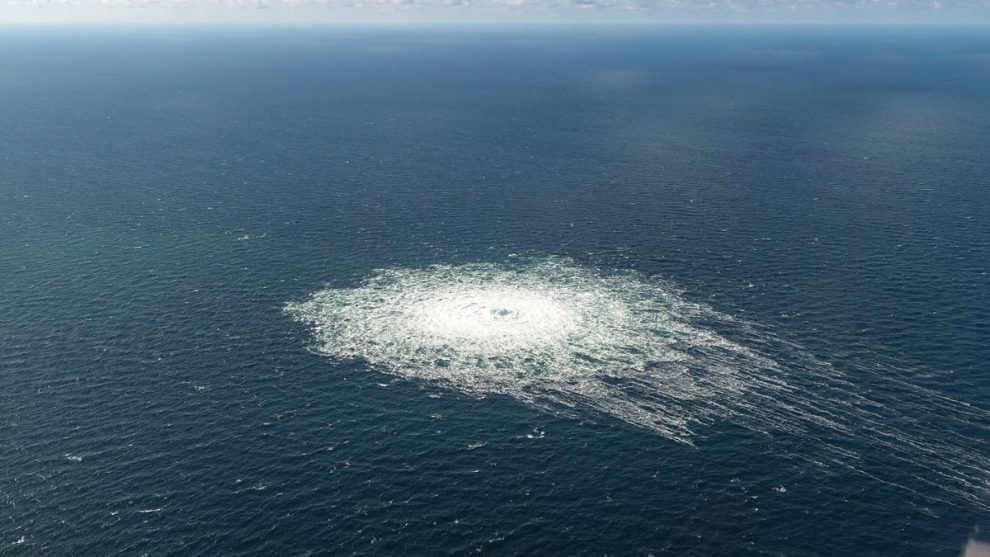 A former Pentagon advisor says the most likely culprits behind the Nord Stream pipeline blasts are the United States and Britain, and that the attack was carried out to prevent Germany from bailing on the war in Ukraine.

Macgregor said a process of elimination rules out Germany, because they are dependent on Nord Stream for their energy security, while it also served no benefit for Russia to have sabotaged its own infrastructure.

“Would the Russians destroy their own pipeline? 40 percent of Russian gross national product or gross domestic product consists of foreign currency that comes into the country to purchase natural gas, oil, coal and so forth. So the Russians did not do this. The notion that they did I think is absurd,” Macgregor said.

Referring to Polish MEP Radoslaw Sikorski’s infamous deleted tweet in which he wrote, “Thank you, USA,” Macgregor noted, “Who else might be involved? Well the Poles apparently seem to be very enthusiastic about it.”

“Douglas Macgregor, former advisor to US Defense Secretary in the administration of Donald Trump, argued the absurdness of the rhetoric that Russia was behind the Nord Stream attack, and said, ‘The Russians did not do this’." pic.twitter.com/zVKesXKVIN

However, citing reports that more than 500 kg of TNT had been detected in both explosions, the former Pentagon advisor suggested only the United States and British Royal Navy had the capability to pull off the attack.

“Then you have to look at who are the state actors that have the capability to do this. And that means the Royal Navy, the United States Navy Special Operations,” said Macgregor.

“I think that’s pretty clear. We know that thousands of pounds of TNT were used because these pipelines are enormously robust. You have several inches of concrete around various metal alloys to move the natural gas. So it’s not something that you could simply drop a grenade down at the end of a fish line and disrupt. That means it takes a certain amount of sophistication,” he added.

Macgregor suggested that the motive behind the attacks was to prevent Germany from bailing on the Ukraine war after Berlin began “to give the impression that they were no longer going to go along with this proxy war in Ukraine.”

“I’m hesitant to say ‘we know it must have been Washington’. I can’t say that because we just don’t know. But it’s very clear that we have foreclosed Berlin’s options. Berlin was drifting away from this alliance. [Chancellor] Olaf Scholz said ‘I’m not sending any more equipment, I won’t send any tanks’. Now he’s in a bind because the United States has simply robbed him of the option of bailing out. Who’s going to supply him gas and oil and coal and everything else if he bails out? Where does he turn now? And remember, the Germans, who are facing terrible consequences at home refuse to restart nuclear power plants,” the former official said.

As we previously reported, the CIA warned Germany of potential attacks on gas pipelines in the Baltic Sea weeks before Nord Stream 1 and 2 were targeted.

Both Joe Biden and Undersecretary of State for Political Affairs Victoria Nuland asserted that Nord Stream 2 wouldn’t be allowed to operate if Russia attacked Ukraine.