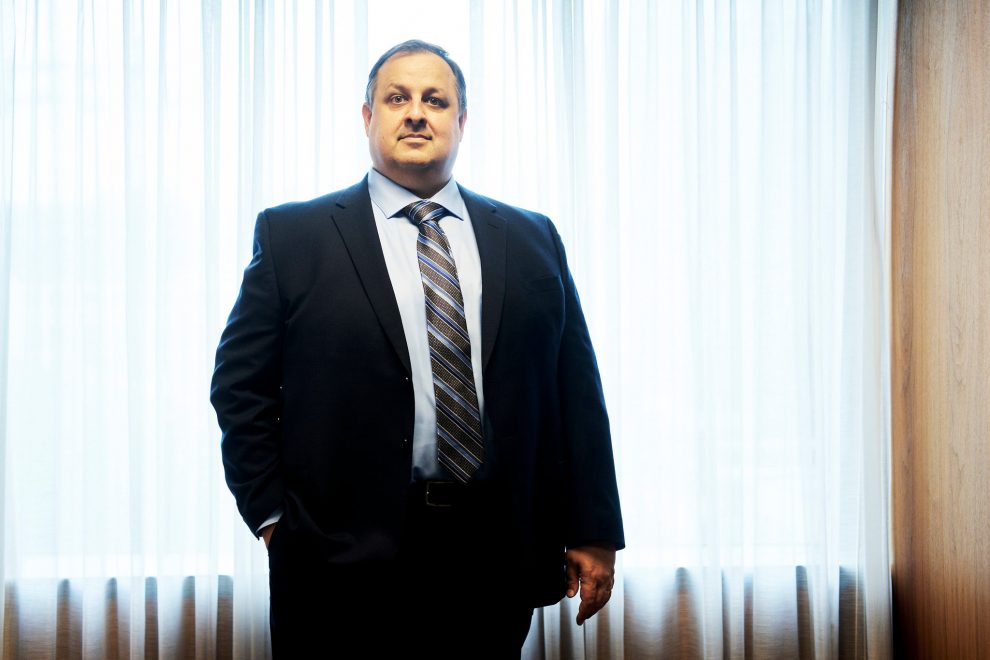 Walter Shaub, who served as the Office of Government Ethics director under former President Obama, said Hunter Biden’s latest art venture has a “shameful and grifty feeling to it” and believes President Biden should “at a minimum” ask his son “not to go through with this auction” due to the suspicions of potential for pay-for-play corruption.

“The notion of a president’s son capitalizing on that relationship by selling art at obviously inflated prices and keeping the public in the dark about who’s funneling money to him has a shameful and grifty feel to it,” Shaub told Fox News this week.

In this latest endeavor, Biden’s scandal-plagued son is working with Soho art dealer Georges Bergès, who reportedly has some ties to China. Bergès is expected to hold a private viewing for Hunter’s art in Los Angeles followed by an exhibition in New York later this year.

Bergès surmises Hunter’s pieces could range from 75,000 to $500,000, but others estimate they could go from even higher, selling for up to a million dollars due to his family name alone, prompting concerns of the potential for pay-for-play corruption.

“Anybody who buys it would be guaranteed instant profit. He’s the president’s son. Everybody would want a piece of that. The provenance is impeccable,” Alex Acevedo, owner of the Alexander Gallery in Midtown Manhattan, told the New York Post, noting that Hunter’s pieces would typically have a far lower range of $25,000 to $100,000 if not for his family name.

Adding to that concern is the fact that buyers of Hunter’s art will remain anonymous.

“As with every artist, sales are always confidential to protect the privacy of the collector,” the Townsend Group, an agency representing Bergès, told Fox Business.

“Pricing fine art in his experiences as a Gallerist is based on the demand of the work as well and the intrinsic value of it,” the agency continued. “His feeling is that within each piece – as with every artist, sales are always confidential to protect the privacy of the collector, this is standard practice for transactions in galleries as well as auction houses.”

Shaub, however, believes Bergès “should disclose the identity of the purchasers” to alleviate these concerns of buyers attempting to “gain access to [the] government” — a concern that has followed the Biden family for quite some time, as Hunter engaged in controversial international business dealings as his father served as vice president.

Hunter’s entry into the art world follows years of his endeavors in the world of international finance where he has been criticized for engaging in business ventures with countries at a time when his then-vice president father was negotiating U.S. foreign policy with those countries. One example of this was Hunter’s membership on the board of Burisma, a Ukrainian oligarch-owned oil and gas company, which paid him tens of thousands of dollars per month despite his lack of experience in the energy sector or Ukraine in general. At the time, Hunter’s then-vice president father was the point-person negotiating U.S. policy with Ukraine. After leaving office, Joe Biden later bragged about how he threatened to withhold U.S. assistance to Ukraine unless Ukrainian officials fired a prosecutor who had launched a corruption investigation into the company that had hired Hunter.

Hunter also came under criticism for his lucrative business dealings with state-owned entities in China, as Breitbart News senior contributor and Secret Empires author Peter Schweizer has reported in detail.

“In China, [Hunter] travels with his father in December [2013] aboard Air Force Two. While his father is meeting with Chinese officials, Hunter Biden is doing we don’t know what. But the evidence becomes clear because ten days after they return to Washington, his small boutique investment firm, Rosemont Seneca, gets a $1 billion deal,” the Government Accountability Institute (GAI) president explained during a 2019 appearance with Sean Hannity.

The public, Shaub added, “should not have to take it on blind faith that government officials will behave.”

“But I also think it’s ridiculous that Hunter Biden is even going forward with this sale as a first-time artist,” Shaub added. “He can’t possibly think anyone is paying him based on the quality of the art. This smells like an attempt to cash in on a family connection to the White House.”

“At a minimum, the president should be asking his son not to go through with this auction,” the former Obama ethics chief said.

Schweizer held the same suspicions, telling Breitbart News last week that he suspects Hunter’s latest venture could potentially be another form of pay-for-play for the Biden family.

“Hunter Biden was repeatedly hired and given deals by foreign entities that he was clearly not qualified for in the hopes of getting favors from his father,” Schweizer told Breitbart News. “It is not a stretch to believe that foreign entities will pay for or commission his works of art at inflated prices to do the same.”

For a period in 2018, Biden could be seen stopping by art openings and parties on the Lower East Side, and attended a runway show for the hip downtown fashion brand Lou Dallas. Sources said that many of his art-world connections came through his relationship with Zoe Kestan, the lingerie entrepreneur who is better known by her Instagram handle @weed_slut_420. In addition to modeling her wares on her account, where she has nearly 75,000 followers, Kestan is also an artist whose Polaroid snapshots have appeared in group shows with Bernadette Van-Huy, Danny McDonald, and Sam Pulitzer. She has also appeared on the controversial podcast Red Scare, hosted by art critic Anna Khachiyan and actress Dasha Nekrasova, and modeled in runway shows during London Fashion Week. (Reps for Kestan and Biden didn’t get back to us.)

There’s also some concrete leftover evidence of Hunter’s brief wade into the water of downtown art studios and gallery openings. Sources say that, being circulated around the downtown gallery hub of Dimes Square like samizdat, are images of oil paintings of Hunter Biden—that is, images of paintings of all of Biden with nothing left to the imagination—made by another local artist who has asked dealers to not reveal her identity. We’ve yet to get a hold of the depictions of Hunter in the buff or a lead on that painter’s identity, but rest assured: we will keep you posted.

Money laundering in the art world has been identified as a significant issue, as detailed by a bipartisan Senate investigation last year, which determined that “Secrecy, anonymity, and a lack of regulation create an environment ripe for laundering money and evading sanctions.”

The Senate’s Permanent Subcommittee on Investigations report added, “Given the intrinsic secrecy of the art industry, it is clear that change is needed in this multi-billion dollar industry.”

Art consultant Martin Galindo is among those suspicious of the price points of Hunter’s work, telling the Post that the pieces will likely do “well in the market because this industry is very much about, what’s a simple way to put this — it’s like clout.”

Twitter
See also  Newsom Angry at Oil Companies for Obeying the Laws He Passed
→ What are your thoughts? ←
Scroll down to leave a comment: