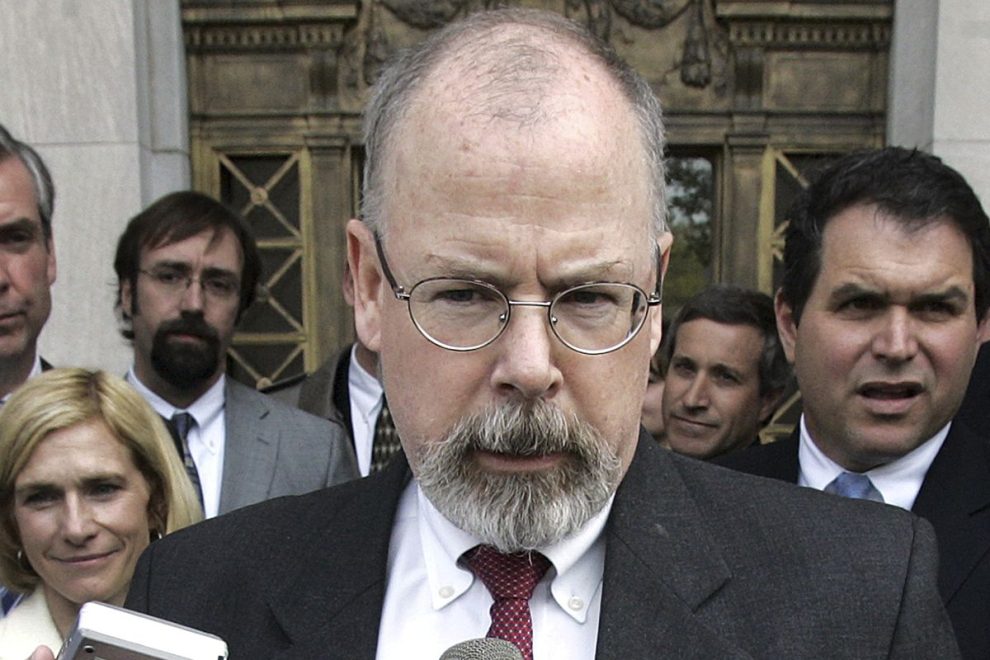 The FBI’s former general counsel just blew up the defense of Michael Sussmann, the former Hillary Clinton and DNC lawyer during the 2016 election. It will be interesting to see if the jury notices.

Sussmann’s on trial for lying to former FBI General Counsel James Baker by saying he was bringing dirt on Donald Trump because he was doing his civic duty and not benefiting his client, Hillary Clinton.

Baker testified that he was “100% confident” that Sussmann represented to him that he was not bringing the fake Alfa-Bank Trump-Russia connection hoax information on behalf of any client. Baker previously produced a text message to him from Sussmann backing up that claim. The text read, “Jim – it’s Michael Sussmann. I have something time-sensitive (and sensitive) I need to discuss. Do you have availability for a short meeting tomorrow? I’m coming on my own – not on behalf of a client or company – want to help the Bureau. Thanks.”

Sussmann’s lie to the FBI is the only charge brought by Durham, but the Special Counsel’s team hopes to be able to demonstrate in court the intricate way in which the Clinton campaign used its access to the highest levels of the FBI and CIA and the news media to create a disinformation feedback loop.

The devastating disinformation campaign, which included the fairy tale that Trump was a spy and had a special secret server hotline to the Kremlin, was picked up by various news agencies. In testimony Wednesday, a Sussmann hire at Fusion GPS spoke of how they met with journalist Franklin Foer at his home to dish the disinformation.

It resulted in a story in Slate that Hillary Clinton and her campaign apparatchik, Jake Sullivan (now Joe Biden’s national security adviser — feel better yet?), used to tout the disinformation on Twitter.

"It raises…questions in light of Russia’s masterminding of hacking efforts that are clearly intended to hurt Hillary Clinton’s campaign….this direct connection between Trump and Russia as part of their existing probe into Russia’s meddling in our elections"
Jake Sullivan

In court on Wednesday and Thursday, Baker said he “was not out to get Michael” but that Sussmann claimed no client was behind the Alfa-Bank disinfo, a claim represented in a subsequent meeting with “Bill Priestap, who was the assistant director of the FBI’s Counterintelligence Division, and Trisha Anderson, the FBI’s deputy general counsel, right after his Sussmann meeting.” Both wrote down that there was no connection to a client in their meeting notes.

The key in the case is whether the FBI’s treatment of the dirt on Trump would have been different if they’d known it was from the Hillary Clinton campaign. Baker said, “It affected my thinking about the urgency of this matter.” The Washington Examiner reported that Baker said the FBI was already investigating Trump-Russia connections, so this matter was “very concerning” and “of great urgency.”

The materiality of the lie regarding the FBI response is the essence of Durham’s case against Sussmann.

We’ll see if the jury noticed.