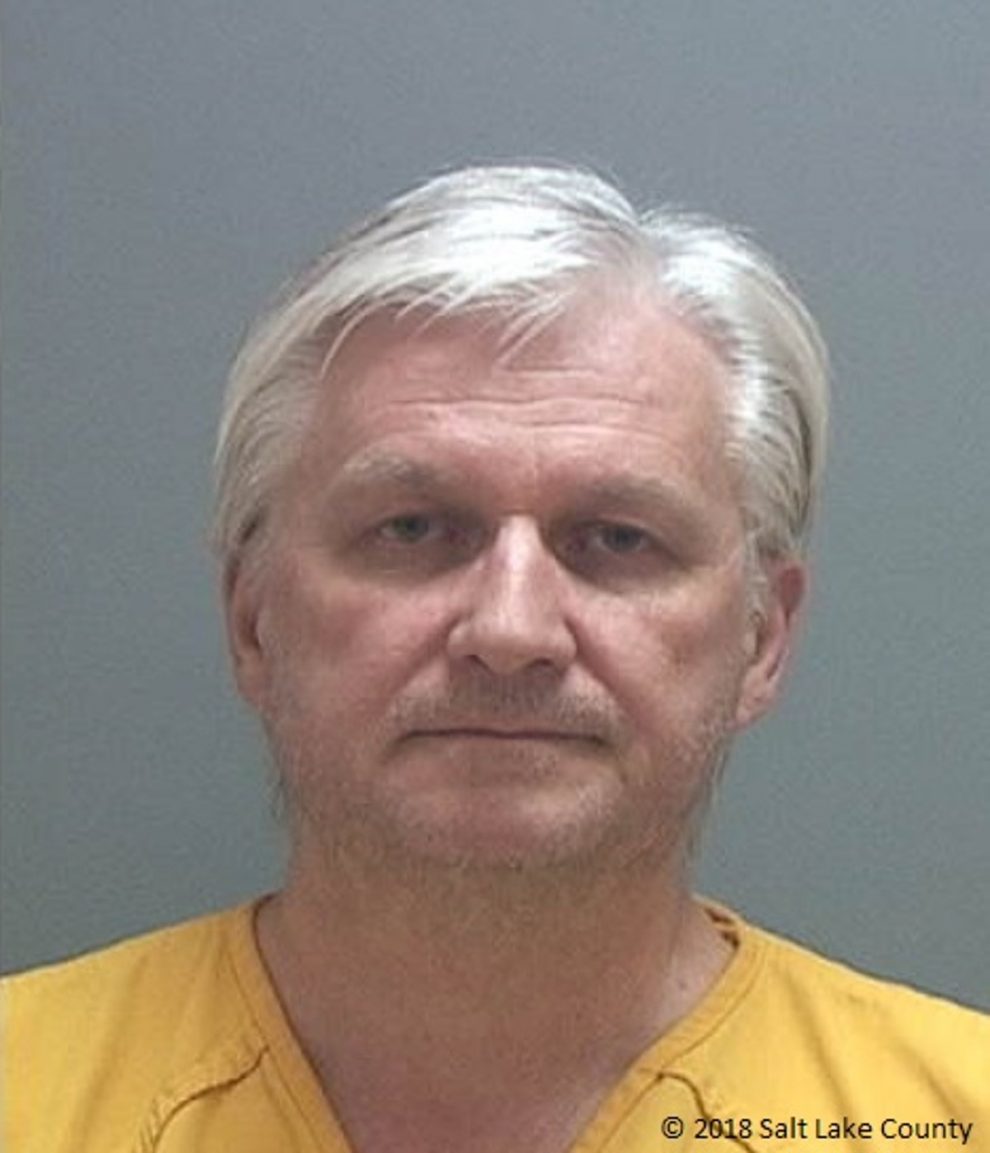 A former Defense Intelligence Agency officer who spied for China worked secretly as a Beijing agent for five years and revealed in an intercepted phone call he was motivated in part by hatred for President Trump.

Ron Rockwell Hansen, a DIA operations officer until 2006, was arrested June 5 and pleaded guilty on Friday in Utah to attempting to sell national defense secrets to China. He faces 15 years in prison under a plea deal. Sentencing is set for Sept. 24.

Court documents in the case reveal Hansen was motivated by both money and an affinity for China. In seeking to recruit a DIA coworker as a fellow Chinese spy, he voiced fears that Trump would start a war and said that was a reason to cooperate secretly with several Chinese intelligence agencies or branches in providing information and trying to penetrate U.S. defense and intelligence agencies to obtain secrets.

Hansen admitted in the plea agreement he met frequently with Chinese intelligence agents beginning in early 2014.

“During those meetings, the agents described to me the type of information that would interest Chinese

Intelligence,” Hansen stated in the pleading. “During the course of my relationship with Chinese intelligence, I

received hundreds of thousands of dollars in compensation for information I provided them, including information I gathered at various industry conferences.”

Hansen also agreed to disclose details of his contacts with Chinese intelligence as part of the plea deal. He also agreed to turn over all electronic devices, including laptop computers and flash drives.

U.S. Attorney for Utah John W. Huber said the case was damaging. The plea agreement convicted Hansen of the most serious charge in the original indictment, he said. Fourteen other counts will be dropped.

“A former United States intelligence officer engaged in a multi-year relationship with Chinese intelligence operatives where he sold them information they wanted,” Huber told the Washington Free Beacon. “That statement, in and of itself, helps us appreciate the damage that Hansen has caused.”

Huber said Hansen admitted that the military secrets he obtained were to be used to injure the United States and advantage a foreign power.

Barack Obama: Joe Biden ‘Finishing the Job’ with My Former Staff’ US Calls for New Investigation Into COVID Origins Ocasio-Cortez: Biden’s Immigration Policy ‘Inhumane’ – Warning People Not to Come Seems Like ‘Precursor’ to ‘Violence’ Against Immigrants

“What should be sacrosanct in our character as Americans is this: we do not betray our nation,” Huber said.

“This case illustrates that the People’s Republic of China has made a sophisticated and concerted effort to steal our nation’s secrets.”

Beginning in 2010, the CIA lost an estimated 30 recruited informants in China, including several who were imprisoned or killed.

Earlier in the case, an FBI criminal complaint disclosed that Chinese intelligence was ready pay Hansen for obtaining top-secret U.S. military war plans for China, as well as secrets on U.S. negotiations with North Korea and information on American government officials.

The Chinese would pay $200,000 for the military’s “China ops plan,” Hansen was quoted as saying, adding that he offered to assist a DIA official working as a confidential informant in laundering the money.

Hansen’s feelings for Trump were disclosed in a transcript of an electronically intercepted conversation on April 10, 2018, between Hansen, identified by his FBI code name “Gray Willow,” and the DIA case officer who was cooperating with authorities.

Hansen explained in the phone call why he was making a risky spying pitch to the officer who was not identified by name.

“The fact, because I hate Trump,” Hansen stated. “I know he wants to start a war somewhere. I don’t want you to die for no reason. That’s the only reason we’re having this conversation.”

Hansen then said if the DIA officer were paid $500,000, he also would make the same amount.

Asked by the officer if the promise of getting large sums of cash from notoriously stingy Chinese intelligence agencies was sincere, Hansen said, yes.

But he also issued a blunt warning that Chinese intelligence is prepared to kill those who work secretly for them.

Marco Rubio: Shift in Hispanic Vote Toward GOP Under Trump ‘Permanent’ Unless Republicans Revert to Pre-Trump Ways Trump Excoriates Biden US Reset: ‘All He Had to Do Is Nothing’ Trump Slams 2020 Presidential Polls: ‘Disgusting’

“Just share one other thing in having worked very closely the Ministry of State Security, Ministry of Public Security, [Beijing State Security Bureau], they’ll kill you if you fuck them over. They are not above sending someone here to hunt you down and kill you,” Hansen said, adding that “you’ve seen with the Russians’ that’s pretty easy to do.”

“The Chinese are not like that,” he said. “You’ll just be [killed] in a car accident.”

Prosecutors say Hansen was paid $800,000 by the MSS and other Chinese spy units during 40 visits to China since 2013 and probably as early as 2007 during which time he met with and communicated regularly with MSS and Ministry of Public Security intelligence agents.

He used three different types of cell phones, including Chinese-made Xinda and Huawei devices, to communicate securely with his Chinese handlers.

Court documents in the case reveal Hansen was the son of a U.S. intelligence officer, Ray Hansen, and spoke fluent Chinese after spending time in Taiwan.

Hansen, a Utah resident, left DIA in December 2006 and lived in China beginning in 2007 where he worked at a company called H-11 Digital Forensics that was linked to Chinese intelligence. He also was a government contractor until 2011 and had access to U.S. defense secrets.

Beginning in 2012, Hansen tried to regain access to secrets by seeking employment at DIA and two other intelligence agencies, in one case offering to spy as a double agent for China—an indication that his ties to Chinese intelligence were known.

He also contacted a member of Congress on the House Permanent Select Committee on Intelligence and offered to work as a staff member in charge of intelligence issues.

The FBI missed the signs Hansen was a spy for two years and did not open its investigation of Hansen until 2014, waiting four more years before arresting him.

Hansen is not the first DIA official to spy for China. In 2006, DIA analyst Ron Montaperto pleaded guilty to illegally holding classified documents and as part of the plea admitted to passing classified DIA information to Chinese military intelligence officials during the 1980s.

Montaperto was a leader for pro-Chinese intelligence officials in U.S. government and in the academic community who believe China poses little or no threat to U.S. security.

Hansen retired from the Army as a warrant officer trained in signals and human intelligence. After retiring from DIA in 2006, he was hired by the agency as a civilian case officer in charge of running Chinese operations.

Gretchen Whitmer Apologizes, Admits She Made ‘Mistake’ in Violating Coronavirus Orders at East Lansing Bar Twitter Mocks Kamala Harris For Passing Out Cookies Of Her Faceless Head To Reporters Actor Stands Up to Hollywood’s Anti-American Rhetoric in Memorial Day Tribute

Hansen was initially charged with illegally selling export-restricted technology to China, including forensic software known as Sumuri Recon, that is used to intelligence and security operations. He also sold an embargoed Intella 100 software, another cyber forensic tool.

The intercepted conversations were submitted in court as part of prosecutors’ efforts to prevent Hansen from being released on bail. The conversations show Hansen had a plan to escape from the United States and travel to China using false identity documents he had obtained as a DIA case officer.

During one conversation, Hansen told a friend. “well, maybe I’ll just book myself a trip to China and disappear.”

Hansen also wrote a letter to his family that began “if you are reading this letter, then I am dead. Sorry about that.”

The letter outlines funeral arrangements, including hymns and music, and a biographical sketch to be spoken by one of his children.

Hansen was born on Sept. 5, 1959, to Ray and Veloy Hansen. He is the second oldest of 11 children. He graduated from Brigham Young University with a degree in international business and political science.

Hansen said he served as a Mormon missionary in Taiwan as a young man, an experience that launched his interest in Taiwan and China.

In the bio, Hansen described himself as “a spy.”

“He was one of the most successful intelligence officers in the history of U.S. intelligence,” Hansen wrote of himself. 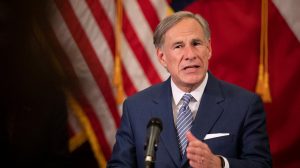 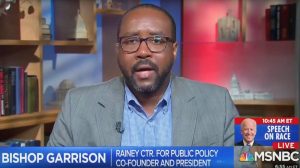 Meet Bishop Garrison: The Pentagon’s Hatchet Man in Charge of Purging MAGA Patriots and Installing Race Theory in The Military

12 Kids hospitalised After Driver Sets Packed School Bus On Fire In Italy ‘In Protest At Migrant Deaths’.
The Economist Apologizes For Tweet Asking Whether Transgender People Should Be ‘Sterilized’.