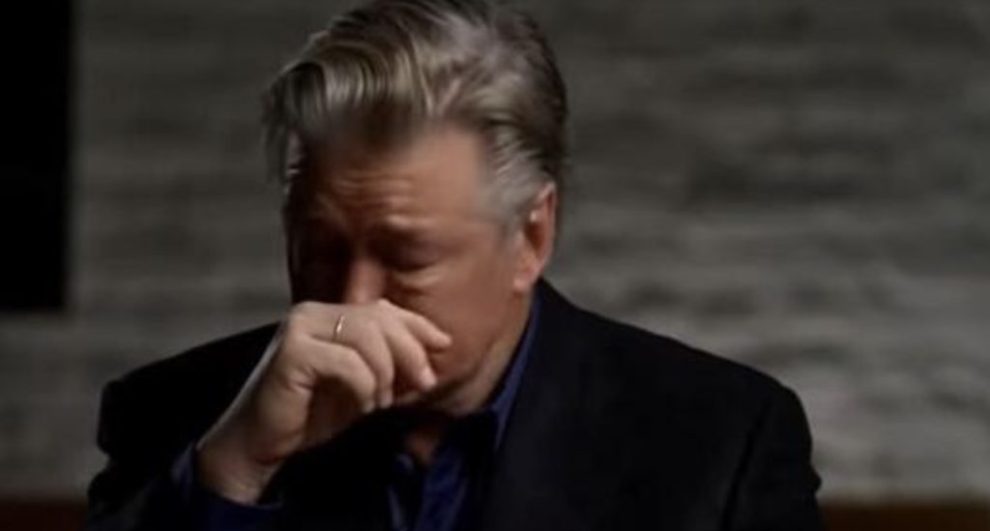 Despite claims from actor Alec Baldwin that he never pulled the trigger on the gun that he was holding when it fired a fatal round on the set of his movie “Rust” last year, an FBI forensic report has concluded the gun could not have been fired without pulling the trigger.

Multiple reports have said that Baldwin was led to believe the gun he was holding was not loaded with a live round when it was fired.

The report said that with the gun’s hammer in the quarter- and half-cock positions, the gun “could not be made to fire without a pull of the trigger.”

A FBI analysis of the gun held by Baldwin during the shooting that killed cinematographer Halyna Hutchins has been complete. It has concluded “the firearm used in the shooting could not have been fired without pulling the trigger”. pic.twitter.com/YNh1wBjaH2

If the hammer was fully cocked, the gun “could not be made to fire without a pull of the trigger while the working internal components were intact and functional,” the report said.

The report also said that if the hammer was not cocked, primer could be detonated “without a pull of the trigger when the hammer was struck directly” — something considered normal for the type of gun — the report said.

In a December interview with George Stephanopoulos, Baldwin said he never pulled the trigger.

“The trigger wasn’t pulled,” he said. “I didn’t pull the trigger.”

A “prop gun” as CBS News calls it doesn’t kill people. Alec Baldwin aiming a loaded gun at someone and pulling the trigger does. https://t.co/UF4QKgM4Gr

The Santa Fe County Sheriff’s Office received the FBI report earlier this month. No one has been charged in its investigation into the incident, which remains ongoing.

The New Mexico Office of the Medical Investigator has ruled that Hutchins’s death was an accident.

“Death was caused by a gunshot wound of the chest. Review of available law enforcement reports showed no compelling demonstration that the firearm was intentionally loaded with live ammunition on set,” the report said. “Based on all available information, including the absence of obvious intent to cause harm or death, the manner of death is best classified as accident.”

Santa Fe County Sheriff Adan Mendoza has said that criminal charges could be possible, according to the Daily Mail.

“It’s too early to rule anything out right now. I don’t think anybody’s off the hook when it comes to criminal charges,” he said.

“I’ve said this before: I think there was complacency on the set. There was disorganization and a degree of negligence — whether that rises to a criminal level, that will be up to the district attorney.”