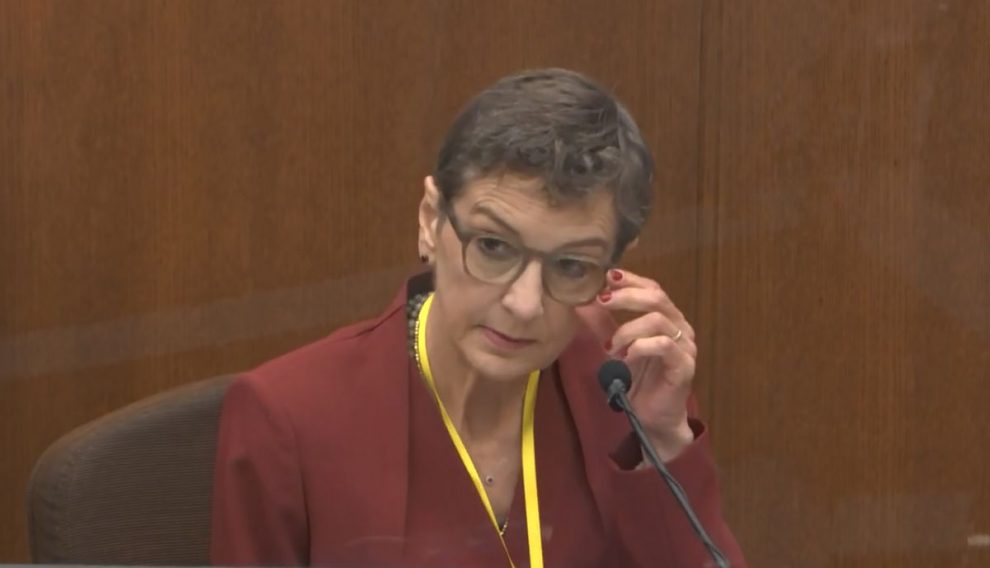 A nation still reeling with memories of the aftermath of George Floyd’s death has been watching with bated breath the trial of his accused killer, former Minneapolis police officer Derek Chauvin, who kneeled on Floyd’s body in a video that quickly went viral, sparking months of often fiery and violent protests.

As is so often the case with police use-of-force incidents that incite these “fiery but mostly peaceful” protests, it is very safe to say that those lone voices always calling to wait for the facts have been more than validated in their prudence by what we’ve learned from Chauvin’s trial.

One rather explosive revelation is an admission from forensic pathologist Dr. Lindsey Thomas that, if Floyd’s body had been alone at home with the same level of deadly narcotics in his system as was found in his autopsy, she could have easily ruled the death was the result of a drug overdose.

The cause of death in the Floyd case is critical, and the defense has focused heavily on the presence of drugs in his system at death as was documented by the chief medical examiner for Hennepin County, Dr. Andrew Baker.

In his autopsy report, Baker described Floyd’s cause of death as “cardiopulmonary arrest complicating law enforcement subdual, restraint, and neck compression,” according to The New York Times.

The paper explained that “cardiopulmonary arrest” is not to be confused with cardiac arrest, i.e., a heart attack. Cardiopulmonary arrest is simply when the heart stops beating and lungs stop moving, which other medical examiners The Times reporter spoke with often do not include on their reports, as this happens in all deaths.

Baker also pointed to “other significant conditions,” including a pre-existing heart condition and the presence of fentanyl and methamphetamines in Floyd’s blood. These “were there before but didn’t start the lethal sequence of events,” one of the doctors the NYT consulted explained. They were simply listed to “clarify” what made Floyd more vulnerable to death, “not excuse it.”

Floyd’s death was ultimately ruled a homicide by the medical examiner. However, the NYT noted, “homicide” as used by pathologists in their autopsies simply means that another person was involved in a death, include cases of self-defense or other causes not necessarily criminal.

It is the job of the courts to determine what’s criminal, not the medical examiner.

On Friday, Thomas, a retired Hennepin County medical examiner who worked with Baker, according to the Minneapolis Star Tribune, was called as a witness by the prosecution. When cross-examined by Chauvin’s defense attorney Eric Nelson, she was asked about the presence of narcotics in Floyd’s system.

During her initial testimony, the pathologist had said plainly of Floyd’s death, according to the Star Tribune: “There’s no evidence to suggest he would have died that night except for the interactions with law enforcement” and that the “primary mechanism of death” was “asphyxia or low oxygen.”

Nelson, meanwhile, asked Thomas, hypothetically, if a person were to be found at home “no struggle with the police,” and “doesn’t have a heart problem, yet you find fentanyl and methamphetamine in this person’s system at the levels that they are at, would you certify this as an overdose?”

She replied that “in the absence of any of these other realities, yes, I could consider that to be an overdose.”

The level of fentanyl in Floyd’s body was 11 nanograms per milliliter, according to KARE-TV in Minneapolis.

Nelson continued questioning, according to Breitbart News: “And the level of fentanyl in a person — again, in this hypothetical scenario — there are deaths certified as drug overdoses significantly lower than 11 nanograms per milliliter?”

“Lower, higher. it’s got a huge range, yes,” she replied.

“As low, I believe, as three percent, or, three nanograms per milliliter?” the attorney asked.

The Times explained that it is the job of a medical examiner to determine the cause of death by examing the body as other materials, such as “the police report, videos, medical records and toxicology reports.”

In other words, the medical examiner is doing something similar to what the court is doing — looking at the evidence to determine what could have caused the death.

In the case of the courts, any doubt about criminal liability in a death must then be taken into account by the jury, as our justice system is reliant on guilt that can be determined beyond a reasonable doubt.

Thomas’ testimony has clearly provided substantiation that both the prosecution and defense have reason to doubt the others’ proposed cause of death — but it is only the prosecution side that needs to prove guilt beyond a reasonable doubt. Jurors simply cannot convict just because there’s doubt of Chauvin’s innocence. This is, in fact, the bedrock of our justice system.

The presumption of innocence until proven guilty must be applied even to the most culturally villainous of figures like Derek Chauvin, or any of us could easily lose this constitutionally protected presumption.

The protests that are bound to come if the former officer is acquitted will clamor loudly for “justice” — but a justice system that presumes guilt is no justice system at all.