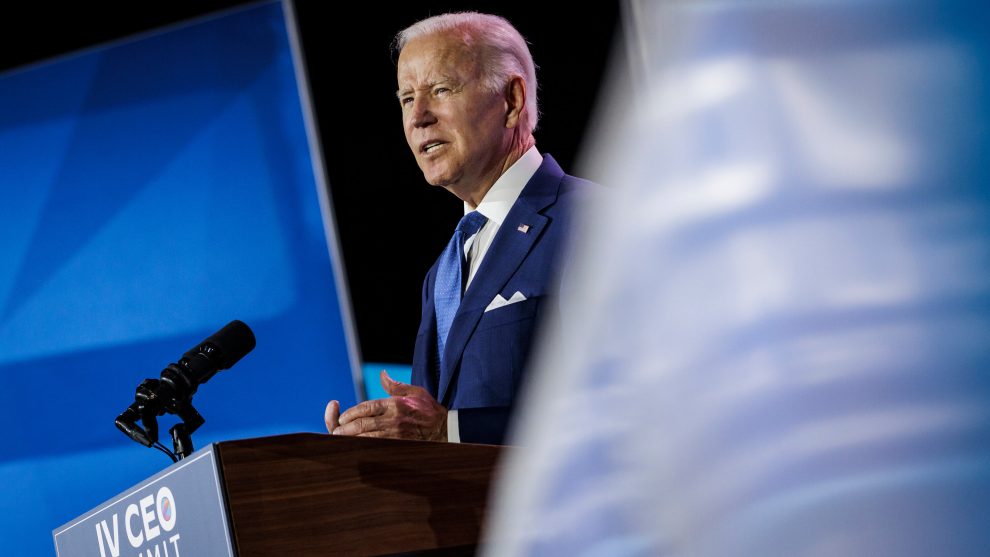 President Joe Biden was publicly scolded Thursday by leaders of Western Hemisphere nations for not inviting several nations to the Summit of the Americas in Los Angeles.

Cuba, Venezuela and Nicaragua were not invited to the event, according to Reuters.

That action led to a boycott by Mexican President Andres Manuel Lopez Obrador. Mexico was joined by Guatemala, Honduras, Bolivia and El Salvador in refusing to show up despite being invited, according to The New York Times.

This is the ninth Summit of the Americas; it ends on Friday. The United States is hosting the event for the first time since 1994, when it was in Miami.

Although Biden administration officials sought to convince boycotting nations to appear this year, the rift was so great that Salvadoran President Nayib Bukele refused to accept a call from Secretary of State Antony Blinken, the Times reported, citing four sources it did not name.

Some leaders who did show up had harsh words for Biden.

“This summit belongs to all of the Americas — it is therefore inexcusable that there are countries of the Americas that are not here, and the power of the summit is diminished by their absence,” Briceño said, according to The Washington Post.

“At this most critical juncture, when the future of our hemisphere is at stake, we stand divided. And that is why the Summit of the Americas should have been inclusive. Geography, not politics, defines the Americas.”

Briceño also attacked what he called the “illegal blockade against Cuba” by the United States as an “affront to humanity,” according to Reuters.

“In fact, it is un-American. The time has come, Mr. President, to lift the blockade,” Briceño said.

Argentine President Alberto Fernandez said “the silence of those who are absent is calling to us” and that the United States should not have the power to decide who was invited.

“We definitely would’ve wished for a different Summit of the Americas,” Fernandez said.

Biden, however, put a positive spin on the day.

“I heard a lot of important ideas raised. Notwithstanding some of the disagreements related to participation, on the substantive matters, what I heard was almost unity,” he said.

Biden was asked by reporters if he was concerned about the nations that stayed away, and he had a one-word reply: “No.”