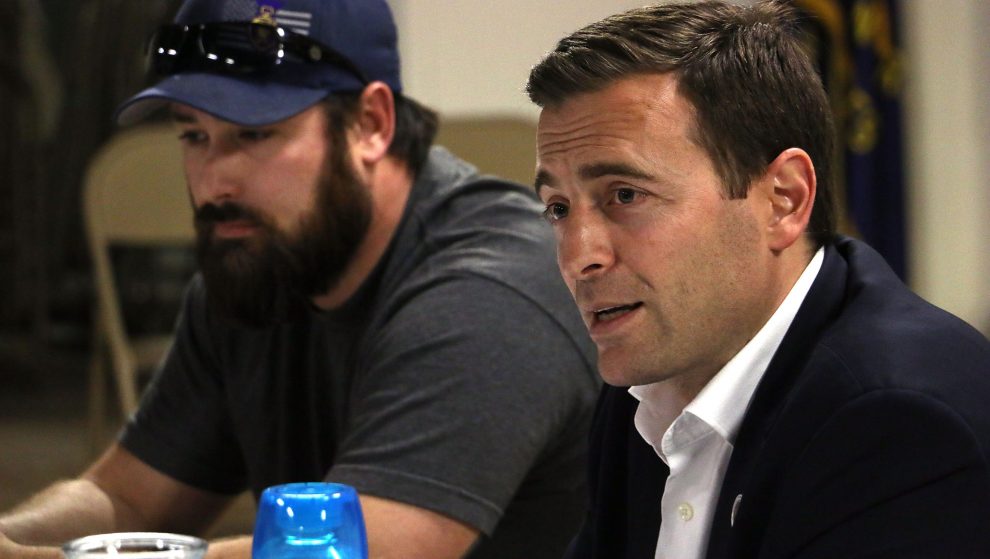 According to Laxalt, the rules were changed 90 days out of the election.

“Let me first say we believe we have a path to victory, but the Democrats have absolutely stacked the deck against us in this election,” he said. “They’ve changed this election inside 90 days and as votes are being counted and America thinks that with all these mail-in ballots, that you think you have people watching that counting going on, we are still not allowed to watch the signature-matching. We are not allowed to challenge any of those signatures. So, they switch us to this new system, and they give us no right to be sure that only legal voters count. As America knows, those that stayed up like me all night — they dumped these at 3 a.m. They counted through the middle of the night.”

“They’re counting all day today,” Laxalt continued. “And we’re still having to wait until tomorrow. And we are still right at this second, not in that door. And I warned them about this — that if it came down to Nevada, we’d finally get people to pay attention to the fact that the Democrats didn’t give us this right, and a judge agreed that we weren’t entitled to this right. Of course, we disagreed with that, and we’re still fighting that. But just for your viewers, that has to be quite startling that almost 400,000 votes were cast last night, and there was no observation, no transparency. And you know, we’re supposed to just trust but not be able to verify.”

Laxalt said had the state not chosen a course for mail-in voting, Trump would have won Nevada over former Vice President Joe Biden “convincingly.”

“There is no question that Donald Trump would have won Nevada last night convincingly if we did not move to mail-in ballots,” he added. “And again, we don’t know how bad voters there are in this giant stack. We also know there are likely to be dead voters. There are likely to be people that have moved out of Las Vegas but found their ballots were still cast. So we’re looking into all of this, but it’s just astounding when you watch the news commentary last night about this. They keep acting these systems are foolproof, and there’s no way that any improper voter can get through. And it is just simply not true.”