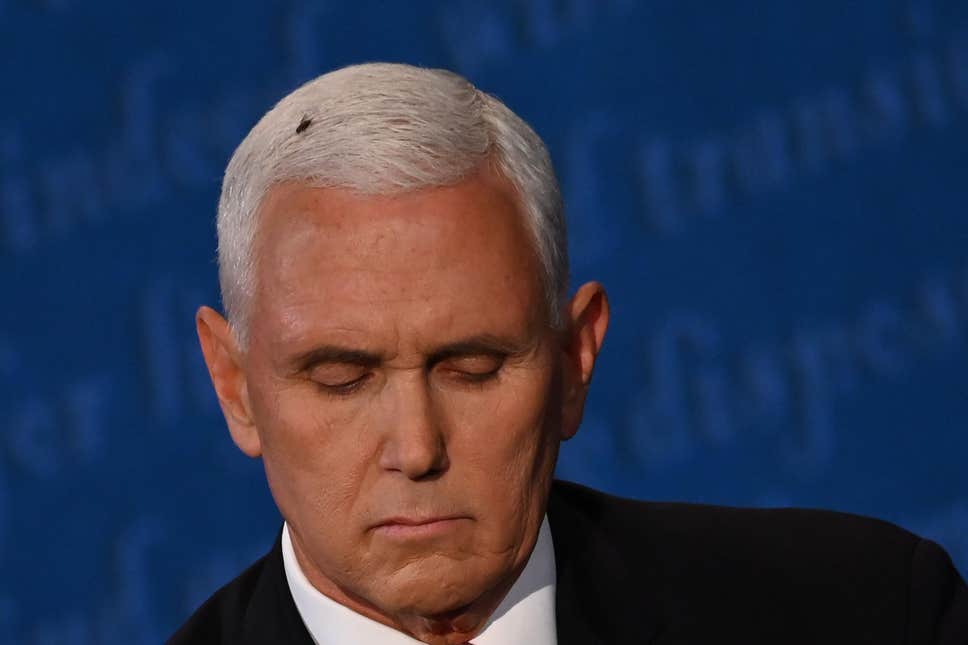 The fly sat on Pence’s head during the debate for nearly 2 minutes while he answered a question about Breonna Taylor and talked about the police.

Pence was talking about President Donald Trump’s support for the military and law enforcement when the fly landed.

“The presumption that you hear consistently from Joe Biden and Kamala Harris that America is systemically racist and as Joe Biden says, he believes law enforcement has an implicit bias against minorities, is a great insult to the men and women who serve in law enforcement,” Pence said. “And I want everyone to know, who puts on the uniform of law enforcement today, that President Trump and I stand with you.”

The incident prompted a swift response from Twitter users who were amused by the ordeal.

the fly just got signed to be an MSNBC contributor

Which staffer has to tell Pence about the fly?

The Merriam-Webster dictionary said that the word “fly” trended on their site “for quite possibly the first time.”

📈 Trending on our site for quite possibly the first time:

Former Vice President Joe Biden used the opportunity to fundraise. The Democratic presidential nominee tweeted a picture with a flyswatter with the caption: “Pitch in $5 to help this campaign fly.” The tweet contained a link to the Democratic fundraising website ActBlue.

Biden also tweeted a link to “flywillvote.com,” which redirected to a website that encouraged visitors to vote in the upcoming election.

The incident followed several other notable moments during the debate, including both candidates not directly answering whether or not they would replace the president if necessary due to old age. Democratic vice presidential nominee Kamala Harris also repeated an unverified claim that Trump ignored Russian bounties on American troops and refused to answer whether or not she supported court-packing.