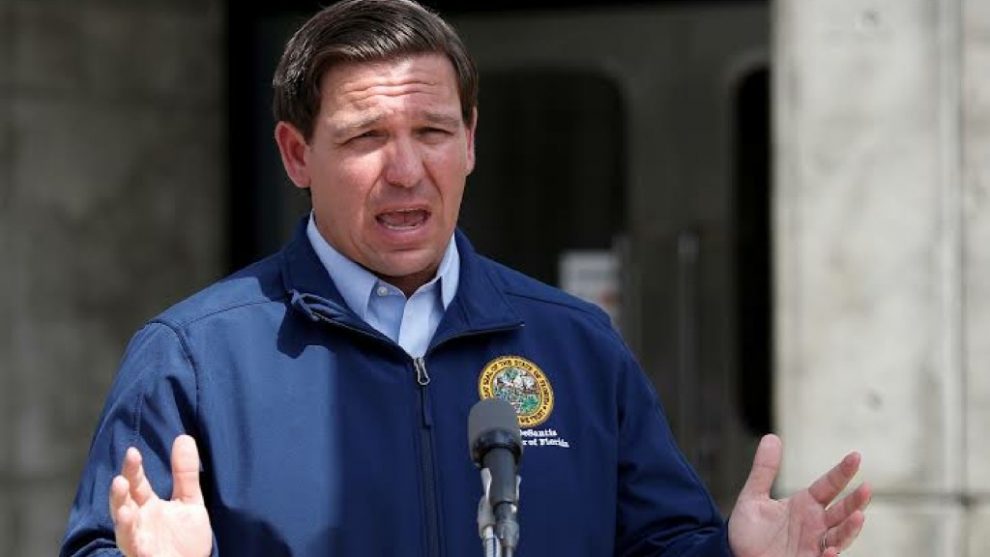 Florida Gov. Ron DeSantis launched criticism at President Joe Biden on Friday as he called lawmakers into a special session Nov. 15 to take up legislation to prevent vaccine mandates enacted by businesses.

DeSantis and the Biden administration have a near constant back and forth about the handling of the coronavirus pandemic, with DeSantis saying the president is overstepping his authority by trying to force large businesses and government contractors to require vaccinations.
“The Biden administration has undertaken, or threatened to undertake, extraordinary efforts to coerce injections of the COVID-19 vaccine into Americans who otherwise would be unwilling to receive the vaccine for reasons of health, pregnancy, religious belief (including sincerely held moral or ethical beliefs) and prior infection,” the governor’s proclamation said.

DeSantis, who is eyeing at 2024 presidential run, has lobbed heavy criticism at the White House and local governments in Florida over their vaccine mandates and other pandemic restrictions.

“Forced vaccinations of Americans will sow further distrust in government and in corporate America,” DeSantis said.

“Forced masking and unnecessary quarantining of healthy school children over the objections of their parents infringes upon the parents’ ability to make health care and education decisions for their children and undermines the ability of Florida school children to receive the quality education they deserve,’’ the proclamation says.

“But I’m not surprised. That’s who he’s running against right now,” Jenne said. “If you’re running to unseat the incumbent you talk about the incumbent and you critique their job performance.”

DeSantis is up for re-election next year, but has largely aimed his political attacks on the Biden administration rather than the three major Democrats hoping to unseat him.

“You can do that call without making it political,” Jenne said. “But it’s where we’re at. This is what both sides want to get into all the time. It’s just constant clashing.”

On Thursday, DeSantis announced a lawsuit against the White House over its vaccine mandate for federal contractors. His administration has also fined local school boards who defied a state ban on mask mandates in classrooms and has withheld funding from districts that received federal grants meant to blunt the state’s fines.

The special session also asks lawmakers to clarify that local school districts must not mandate masks for students, but rather leave the choice to parents. The session will end by Nov. 19.

“Over the last two years, Floridians have watched the freedoms of our friends and relatives in other states get stripped away one at a time. We will not stand by as the Biden Administration imposes an illegal and unconstitutional nationwide vaccine mandate that robs the American people of the dignity of work,” they said.