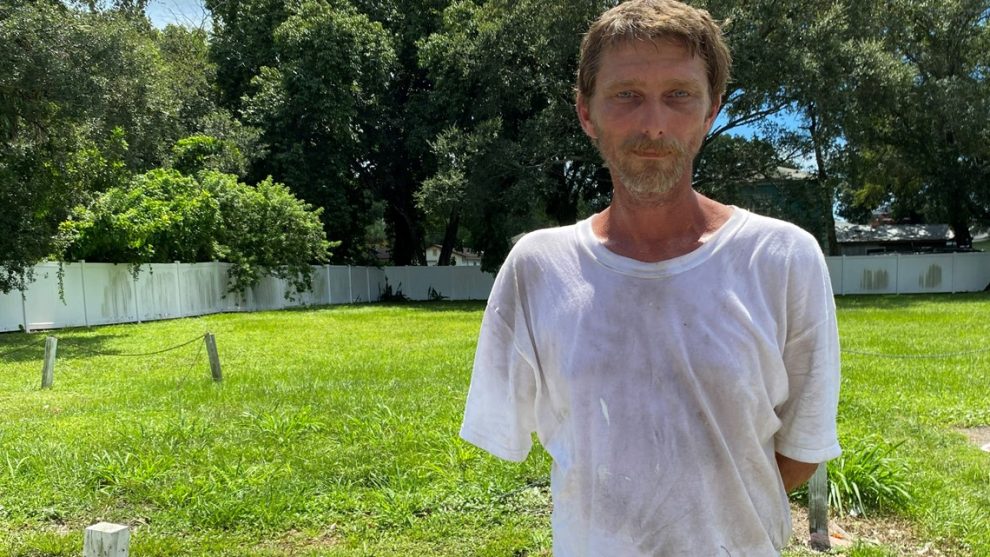 This is both a story of incredible survival and a warning: If you see signs like the one below, a version of which is posted around every significant freshwater body in Florida, I suggest you heed its warning.

If you see a sign like the one above and decide to take a dip anyway, there’s a chance you’ll be feeding the alligators. In the case of a Florida man, as reported by Fox 13 in Tampa Bay, he “only” lost one arm, wandered around in swampy woodlands for three days, which he later said felt like “walking in circles,” and is not only lucky to be alive; he says he feels a new sense of purpose after the attack.

Anyway, Merda said he finally spotted his truck across the lake and figured he could swim to it. He was mostly correct — minus one arm. Halfway across the lake, Merda said he encountered an alligator that grabbed his arm, snapped it backward, and tried to pull him under the water three times. Merda said he kept kicking, and eventually, the gator let him go. (Cue “Jaws” music.)

I got startled and I decided to swim, she grabbed the outside of my arm and I grabbed her. I didn’t want her rolling over on me, she snapped my arm backwards and she dragged me under three times. I still got my arm on her, she got her teeth on me and I just kicked like heck.

After swimming back to shore, Merda started walking and screaming for help. “Bones poking out, muscles, if I try to move my (now missing) fingers, you could see it twitching,” adding: “I fought my way out of that swamp for three days.”

The man who helped Merda, who remains unnamed, said, “I didn’t know if he was dead or alive when I first walked upon him. They cut the fence, they helped him up, and he actually walked to the ambulance.”

Merda was flown to Sarasota Memorial Hospital, where doctors amputated what was left of his arm.

STORY @ 5 – "I came out the swamp naked with one arm I was reborn for a reason and I believe that is to motivate people,” said Eric Merda. Merda was visiting Lake Manatee when he got lost. That’s when a gator at least 7 ft, tore off Merda’s arm. @wfla #florida #alligatorattack pic.twitter.com/oc6osyb4lj

Wildlife expert Justin Matthews stated the obvious, saying Merda should not have been swimming in the gator-infested waters, urging people not to swim in freshwater areas.

He is definitely lucky to be alive, I was surprised that he didn’t drown. He just got lucky; God must have been on his side.