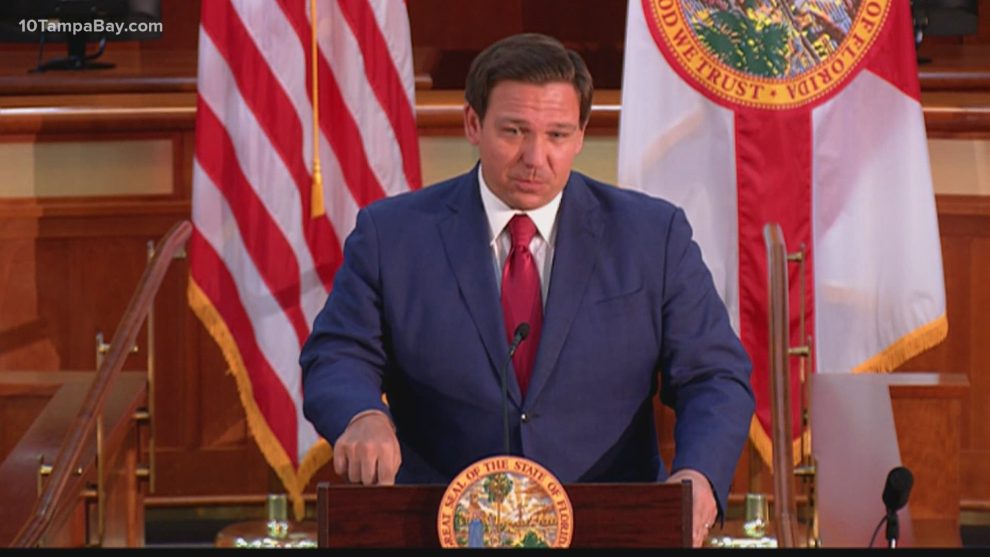 The state of Florida has officially eliminated traditional end-of-year standardized testing in the state, starting with the 2022-2023 school year.

Standardized testing, typically held in the spring, measures students’ ability to apply the skills and knowledge they are supposed to have learned throughout the school year. The measure was passed through the Florida legislature in SB 1048, which was signed at a press event Tuesday morning.

Governor DeSantis officially eliminates the FSA in all public schools across Florida. https://t.co/JWWoUCfrAg

“Today we come not to praise the FSA but to bury it,” Governor Ron DeSantis said at the press event. “Next year, Florida will become the first state in the nation to do a full transition to progress monitoring to inform school accountability.”

The state is switching from the Florida State Assessment (FSA), which will be taken for the last time this year, to the Florida Assessment of Student Thinking (F.A.S.T.). The governor said the F.A.S.T. will take place three times a year with tests that will take hours versus days, and added that it will monitor student progress and foster individual growth.

“The 2022-2023 school year will serve as a new baseline for school accountability,” DeSantis said. “And school grades will resume the following year.”

“This will reduce the anxiety and stress for my children” says a mom of two girls about the end of #FSA testing in #Florida. Instead, the state is going to a progress monitoring system. @abcactionnews #TampaBay #Education @GovRonDeSantis pic.twitter.com/EVVLIrbmSD

Standardized testing has been controversial in the education world. While the test provides schools with the data they need to assess student learning, as well as determine how effective instruction has been in the classroom, the pressure of high stakes testing has long had critics concerned that teachers are too focused on teaching to the test and not getting enough time engaging students in quality learning.

It’s such a big deal in education that Joe Biden promised in 2019 that he would work to ban it in public schools.

DeSantis had promised previously that elimination of the FSA was on his agenda, and there was positive feedback from all over, including from several teachers in the state.

The state department of education will be implementing the plan for next school year.