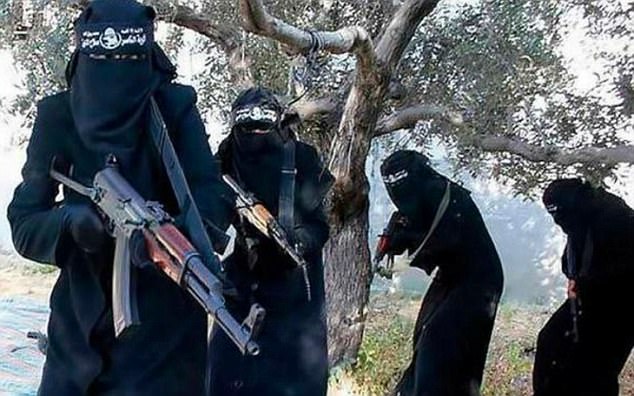 Jihadi brides fleeing the last remnants of the ISIS ‘caliphate’ say they have left behind a ‘catastrophic’ hell, as the evacuation of civilians will be halted today ahead of a final battle.

One woman described how the town of Baghouz in eastern Syria was subjected to constant bombings and fires, saying: ‘you would wake up and everything was destroyed.’

More than 7,000 – mostly women and children, as well as some suspected ISIS fighters – have been packed out of the town in the last two days.

The US-backed Syrian Democratic Forces (SDF) say they will resume their ferocious siege on the last few hundred jihadists today after helping people to surrender.

‘The last days were horrible,’ said Sana, a 47-year-old Finnish woman among the thousands who fled the bastion on Tuesday.

‘Bombing, shooting, burning all the tents… you would wake up and everything was destroyed.’

The operation to smash the last remnant of the ‘caliphate’ that IS leader Abu Bakr al-Baghdadi proclaimed in 2014 resumed Friday after a long humanitarian pause.

Veiled from head to toe, Sana mixed milk powder with water to feed her children.