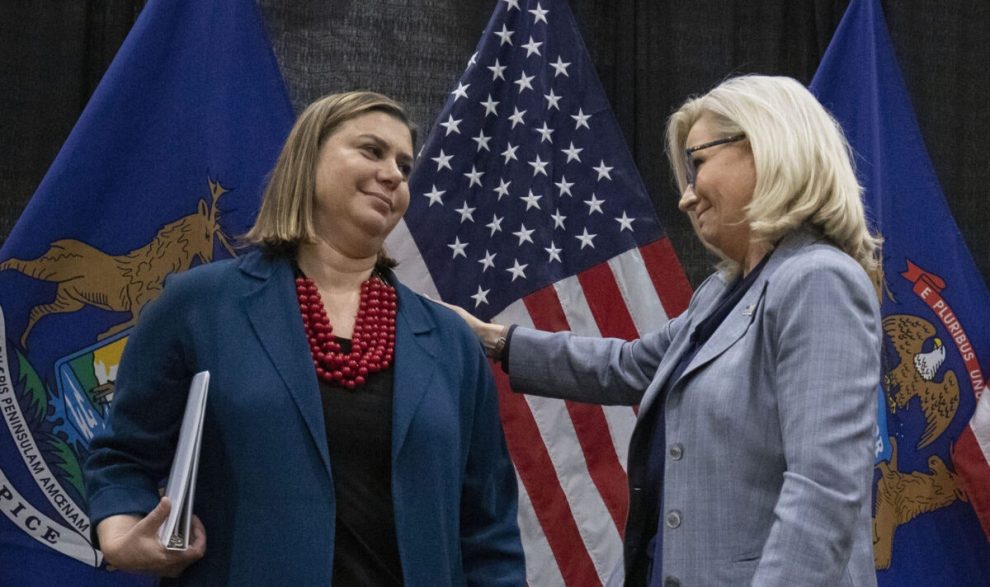 Rep. Liz Cheney (R-WY) traveled to Michigan Tuesday night to stump for a Democrat for the first time.

Cheney joined Rep. Elissa Slotkin (D-MI) in East Lansing, encouraging Michiganders to vote for the Democrat in next Tuesday’s election. Slotkin, the incumbent, is in a tight race to represent the state’s 7th district with Republican State Senator Tom Barrett.

“If we want to ensure this revival of our republic, we have to walk away from politics as usual,” Cheney said, according to the Detroit News, adding. “If the people in our party are not doing the job they need to do, then we’re going to vote for the people in the other party.”

After Slotkin welcomed her to Michigan, Cheney told the crowd of about 500, “This is, by the way, the first time I’m campaigning for a Democrat.”

The Republican congresswoman who garnered attention as the vice chair of the House committee investigating the January 6 Capitol riot narrowed her focus on restoring a republic she believes has been damaged by many in the Republican Party.

Slotkin rehashed Cheney’s concern for the state of American politics, saying that the biggest issue the two agree on is “preserving American democracy.” Barrett railed against Cheney and Slotkin, calling them “war-hawks.” The Michigan Republican was endorsed by Harriet Hageman who defeated Cheney in Wyoming’s Republican primary in August.

“People are sick and tired of these establishment forces hanging together, no matter what,” Barrett said. “The phony idea that Elissa Slotkin and Liz Cheney are now part of some non-partisan coalition together – the only thing they brought us is the misery we’re all feeling right now.”

Republicans have become accustomed to Cheney’s new goal of opposing conservatives she deems dangerous to democracy. Earlier on Tuesday, Cheney endorsed Rep. Tim Ryan (D-OH) over Republican candidate J.D. Vance in Ohio’s Senate race, and last week, the congresswoman was trolled by Arizona gubernatorial Kari Lake after Cheney made an ad urging Arizonans not to vote for the confident Republican.

“Thank you for your generous in-kind contribution to my campaign,” Lake wrote in a letter. “Your recent television ad urging Arizonans not to vote for me is doing just the opposite. Our campaign donations are skyrocketing and our website nearly crashed from traffic as people rushed to learn more about my plan to put Arizona first and join our historic political movement.”