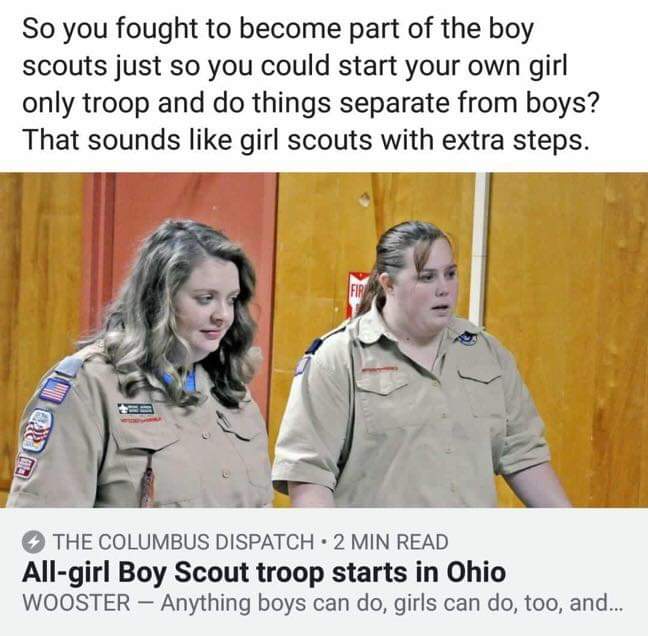 So the boy scouts folded to liberal pressures and allowed girls to join. Now we need to offer segregated all girls troops to foster growth of the female troops. 2019 has not disappointed, still do not know if we have hit peak gyno-centrism but I imagine we’ve still got a way to go till we hit bottom. When the boy scouts lost the support of the Mormon church that was the real last nail in the coffin to the once glorious traditionally masculine club.

There have been five american President who in there youth served in the boy scouts. John F Kennedy, Gerald Ford (only President to make Eagle Scout), George Bush and Bill Clinton, Barack Obama was not a part of the Boy Scouts of America; rather he was a member of Gerakan Pramuka, the Indonesian Scout Association, and he reached the equivalent of Cub Scout.

Its going to be sad when the Boy scouts folds all because they allowed females to join in the first place.

Read about how the Girl Scouts is sueing the Boy scouts into oblivion for allowing females to join.