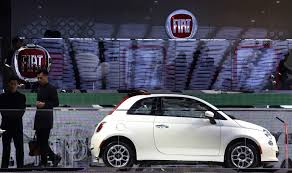 Fiat Chrysler is pushing its red-hot Jeep brand into a higher gear with a major production expansion.

The automaker says it will hire 6,500 workers and invest $4.5 billion by adding a new assembly plant in Detroit and boosting production at five existing factories.

CEO Mike Manley said expanding in Detroit is a logical decision given the company’s facilities in the area and the desire to produce Jeeps in the U.S. “We’re an American brand. We’re proud of that within the Jeep brand,” he said in a statement.

Executives have made it clear for months that the company would be expanding Jeep production, including converting an idled engine plant in Detroit into a full-time final assembly plant.

See also  'The View' Steps on a Rake in Unintentionally Hilarious Rant on Tucker Carlson's 'Relevancy'
→ What are your thoughts? ←
Scroll down to leave a comment: