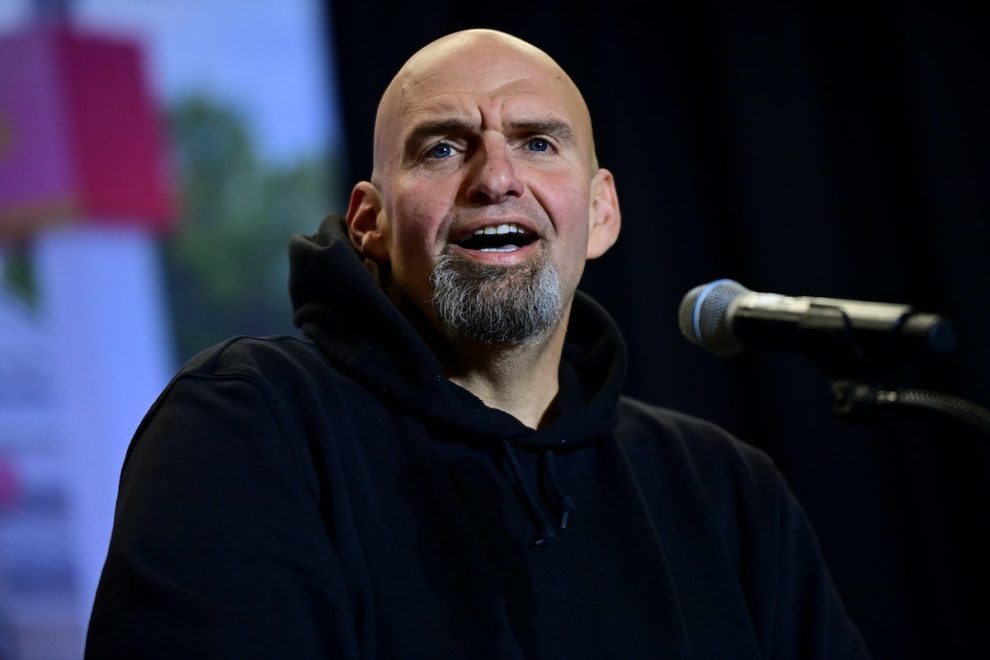 Fetterman, who suffered a stroke days before the primary elections, faltered and provided choppy responses as Oz, a veteran television host, aggressively pressed his opponent. The two candidates exchanged blows on a variety of topics, from abortion and crime to fracking and inflation, on Tuesday evening as undecided Pennsylvania voters make final deliberations.

The Fetterman campaign, however, said on Wednesday that it had raised $1 million in the aftermath of the debate, which it believes is a sign of grassroots support behind the former Braddock mayor. “It’s clear that the people of Pennsylvania have John’s back in this race,” Fetterman campaign manager Brendan McPhillips said in a statement. “They stepped up tonight with a gigantic show of support for John and his debate performance. We’re honored and grateful for the support heading into the last two weeks of the race.”

The Pennsylvania Senate contest, which could determine the balance of power in Congress, has been the center of nationwide attention. Both candidates have filled their war chests with sizable fundraising hauls.

Despite Fetterman’s poor showing, which was noticed by both conservative and liberal commentators and quickly reflected in betting markets, Fetterman communications director Joe Calvello said that the campaign was “thrilled” with his performance. “He did remarkably well tonight — especially when you consider that he’s still recovering from a stroke and was working off of delayed captions filled with errors,” he continued. “John won countless exchanges, counter-punched aggressively, and pushed back on Oz’s cruelty and attacks.”

Nexstar Media Group, the company which hosted the debate and livestreamed video across Pennsylvania, strongly rejected the characterization of the accommodations.

Weitman noted that both campaigns were offered the chance to participate in two full rehearsals, although Fetterman chose to only do one. “In fact, Nexstar’s production team went to extraordinary lengths to ensure the effectiveness of the closed captioning process, and to accommodate several last-minute requests of the Fetterman campaign,” he said. “The closed captioning process functioned as expected during rehearsal and again during tonight’s debate. We regret that Mr. Fetterman and his campaign feel otherwise.”

The closed captioning system was intended to help Fetterman with auditory processing delays that stemmed from his stroke. During the debate, however, the nominee did not commit to releasing his medical records or updating the public on his condition. “I believe if my doctor believes that I’m fit to serve, and, and that’s what I believe is appropriate,” Fetterman told moderators when questioned about his health. “And I believe that again, my doctors, the real doctors that I believe in, they all believe that I’m ready to be served.”

Noting that Oz spent more than a decade on the airwaves, the Fetterman campaign already acknowledged the disparity between the two nominees and established low expectations for the Democrat in an emailed statement on Monday. “We are prepared for Oz’s allies and right-wing media to circulate malicious viral videos after the debate that try to paint John in a negative light because of awkward pauses, missing some words, and mushing other words together,” the message remarked. “John has had a remarkable recovery, but the ongoing auditory processing challenges are real.”

As he mentioned during the debate, Oz had attempted for weeks to bring his opponent to the debate stage, which occurred after many Pennsylvanians had already cast their ballots in early voting.