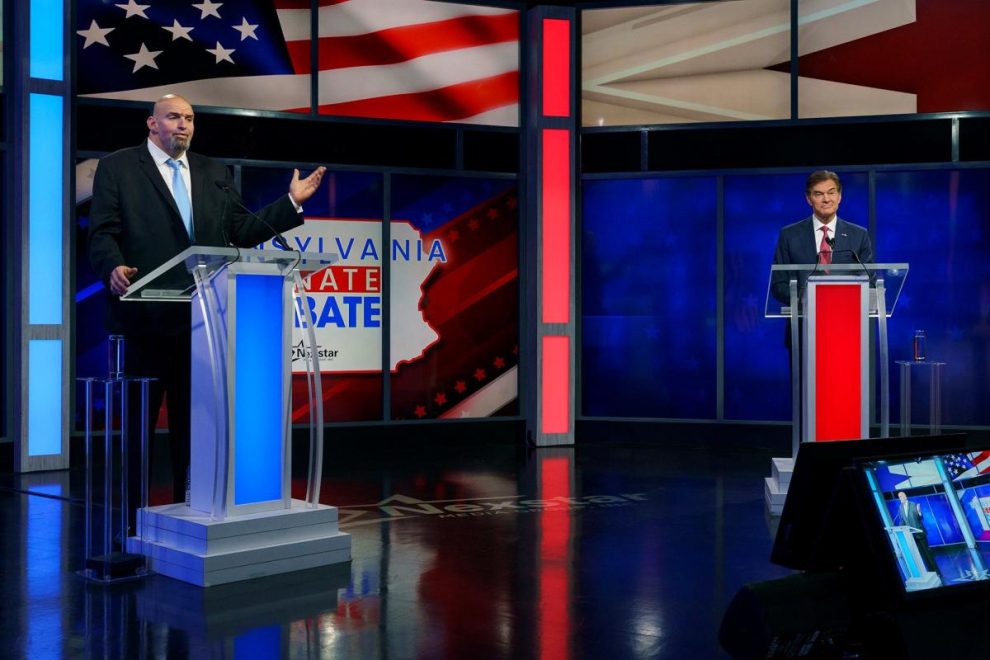 Last night’s debate between John Fetterman and Mehmet Oz was something new for me as a political observer and commentator. Truly, I had never seen anything like it. It was so disastrous and so scandalous, that it might end up being the most consequential debate for a major candidate in modern history.

By the time the hour ended, an exceedingly short time for a debate, it was clear that the Fetterman campaign, Fetterman’s wife, and the mainstream media had been outright lying about just how bad the Democrat’s condition was. To say he could not speak coherently is putting things lightly, and unless you actually watch what transpired, you can’t possibly grasp how bad it was.

Moderator: “In a 2018 interview, you said ‘I don’t support fracking at all. I never have.”

Now, the Fetterman campaign is desperately searching for an excuse for what transpired, and as of late Tuesday evening, they settled on blaming the closed captioning system. Yes, despite the fact that Fetterman was given a 70-inch television screen to read questions and answers from even though he is not hard of hearing at all, the best his campaign could come up with was to blame that incredible concession for his woes.

“We are thrilled with John’s performance. He did remarkably well tonight – especially when you consider that he’s still recovering from a stroke and was working off of delayed captions filled with errors,” Fetterman communications director Joe Calvello told reporters.

It’s hard to even know where to start with an allegation so moronic. The big thing here is that Fetterman’s biggest problem last night was not whether he could read the questions or not, but rather the answers he delivered. He was clearly having serious mental processing issues in regard to verbalizing what he wanted to say. Closed captioning had absolutely nothing to do with that unless the suggestion is that Fetterman was supposed to be able to read off answers as well.

No one watching the debate was concerned that the Democrat might have misunderstood a question. Rather, it was what was coming out of his own mouth that set the political world ablaze.

The host of the debate responded to the Fetterman campaign with fire, knocking down their excuses and stating the system worked as expected.

“It is unfortunate that Mr. Fetterman is now criticizing the closed captioning process employed by Nexstar during tonight’s debate,” Nexstar communications chief Gary Weitman said in a statement.

“Both candidates agreed to the technical set-up for the closed captioning process weeks ago, which was implemented at the request of the Fetterman campaign. Both candidates were offered the opportunity for two full rehearsals with the same equipment used in tonight’s debate; Mr. Fetterman chose to do only one,” the statement continues.

Weitman concludes by definitively stating that the closed captioning system functioned “as expected” during the live debate.

“The closed captioning process functioned as expected during rehearsal and again during tonight’s debate. We regret that Mr. Fetterman and his campaign feel otherwise,” Weitman said.

This entire spectacle is insane, and I don’t say that lightly or with even a hint of hyperbole. It is absolutely nuts that John Fetterman has not dropped out of this race. His clearly in no condition to be a US Senator. Voters must end this farce in two weeks by voting with Mehmet Oz. To not do so would set a precedent that essentially says the mental capacity of public officials simply doesn’t matter, and it absolutely does.