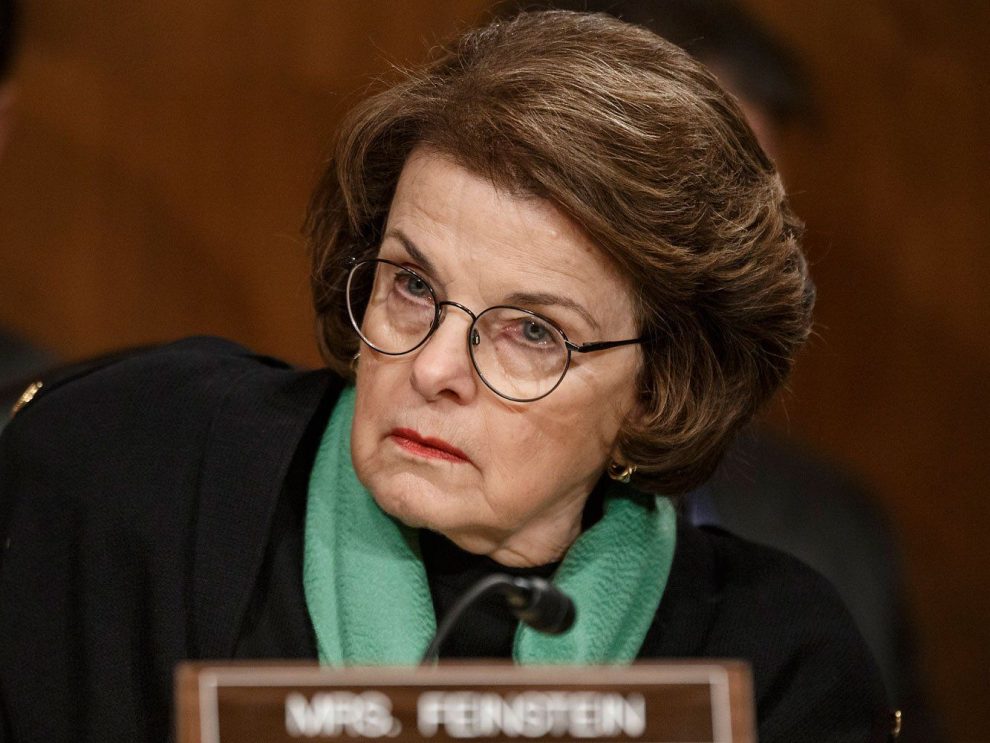 The Senate is poised this week to consider two more conservative nominees selected by President Trump to sit on the left-leaning 9th Circuit Court of Appeals — and the top Democrat on the Judiciary Committee isn’t happy about it.

That’s because the nominees, Ken Lee and Dan Collins, were picked without any input from either Dianne Feinstein or Kamala Harris, California’s two Democrat senators. Traditionally, the White House seeks to obtain a so-called “blue slip,” or approval, from a judicial nominee’s two home-state senators before pressing on with their nominations.

But the Trump administration, which has successfully nominated several conservative judges to the 9th Circuit already, has pointedly disregarded that process as it continues its push to transform the appellate court that the president repeatedly has derided as hopelessly biased and “disgraceful.”

“I take it that without notice or discussion, the blue slip is essentially dead,” Feinstein, the ranking member on the Senate Judiciary Committee, said in televised remarks on Thursday. “This change in practice not only harms the Senate, it harms the federal judiciary. And I wish we could’ve had an opportunity to discuss it. I really believe it’s a mistake.”

Feinstein, whose handling of the Brett Kavanuagh confirmation process still rankles conservatives, went on: “Before President Trump took office, the blue slip had been a Senate practice for nearly one century. And during the past 100 years, before this presidency, the Senate confirmed only five judges with only one blue slip, and the last one was in 1989 – and in 100 years the Senate had never confirmed a judge without two blue slips.”

But “since President Trump took office,” Feinstein charged, “Republicans have held hearings for 12 circuit court nominees and voted to confirm seven – seven – over the objection of home-state Democrats.”

Among those nominees was Seattle attorney Eric Miller, who was confirmed to the 9th Circuit in February by a vote of 53-46. Progressives fiercely attacked Miller as a corporate lawyer and Federalist Society member whose career supposedly had been hostile to Native American rights.

Feinstein continued: “There is no justification for disregarding Democratic blue slips. Democratic senators have made and continue to make good faith efforts to find consensus picks for the circuit courts.

“As Senator Harris and I have made clear, we’ve been willing to work from the start with this president to choose consensus, mainstream nominees to the 9th Circuit,” Feinstein added. “One of the things I’ve learned is: what goes around, comes around. I had hoped that we would be able to work in a very cooperative way.”

In January, Feinstein and Harris lashed out at the White House with a similar statement: “We are deeply disappointed that the White House has chosen to re-nominate Daniel Collins and Kenneth Lee to the 9th Circuit. We made clear our opposition to these individuals and told the White House we wanted to work together to come to consensus on a new package of nominees.”

With a sprawling purview representing nine Western states, the 9th Circuit has long been a thorn in the side of the Trump White House, with rulings against his travel ban policy and limits on funding to “sanctuary cities.”

Just weeks ago, the 9th Circuit broke ranks with another federal appellate court and ruled that a Sri Lankan man who failed his initial asylum screening had the constitutional right to go before a judge — threatening to clog the immigration court system further with tens of thousands of similar claims per year and setting up an all-but-certain Supreme Court showdown.

However, the court’s left-wing reputation might be changing, as Senate Majority Leader Mitch McConnell, R-Ky., and Senate Republicans have continued to use the GOP majority to confirm judge after judge appointed by the president.

Following Miller’s confirmation month, in an analysis titled “Thanks to Trump, the liberal 9th Circuit is no longer liberal,” The Washington Post noted that once all of Trump’s current nominees to the bench are confirmed as expected, there will be 12 Republican-appointed judges on the 9th Circuit, which consists of 29 full-time judges.