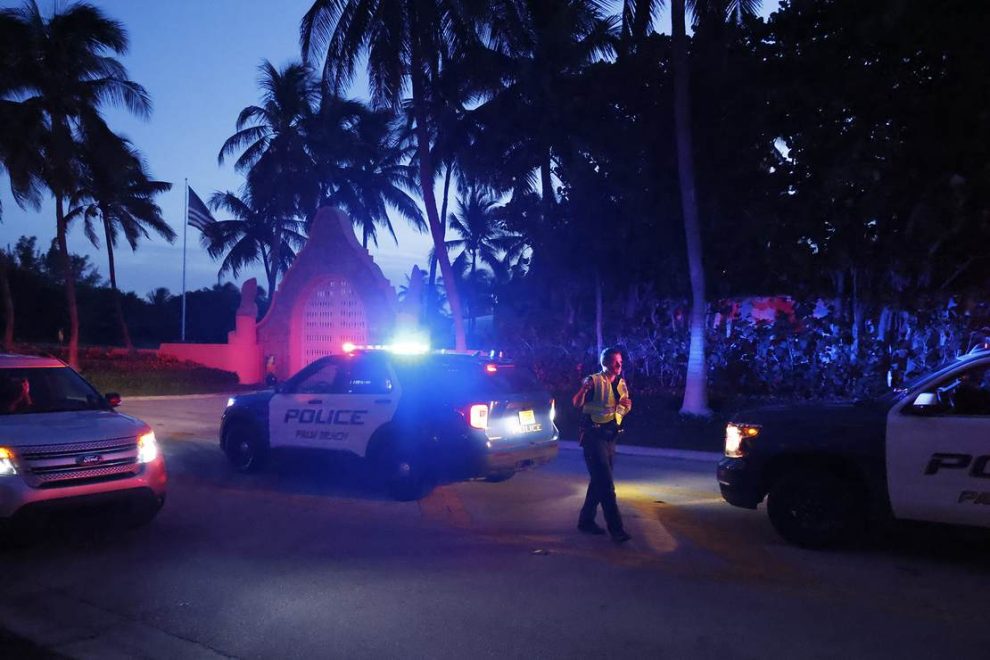 During the hearing to determine if any of the documents used to get a warrant to raid Donald Trump’s Mar-a-Lago home, prosecutors told the judge that the investigation was in its “early stages” and argued to keep all of their documents secret for fear of giving the former president’s lawyers a “roadmap” to their case.

Judge Bruce Reinhart said he was inclined to release some of the documents and gave the government one week to come up with a plan to determine which documents would be redacted, released, or remain sealed. “I’m not prepared to find the affidavit should be fully sealed,” he told attorneys for the media, Judicial Watch, and the government. Reinhart, who’d previously recused himself from another lawsuit involving Trump, said, “I find on the present record the government has not met its burden of showing the entire affidavit should remain sealed.”

Judge says: “I find that on the present record the Government has not met its burden of showing that the entire affidavit should remain sealed.”

Chalk up a temporary win for civil libertarians.

Still, the thought rolling around in my brain was the claim made in court that this investigation was in its “early stages.” This is a breathtaking statement. And it raises more questions than it answers. Let’s go through a few of them.

The attorney for the media companies arguing for unsealing the search warrant affidavit, Deanna Shulman, first mentioned the interesting “early stages” timing of the raid to reporters waiting outside the hearing at the Paul G. Rogers Federal Building in West Palm Beach. Politico noted the “early stages” comment came from the head of the Department of Justice’s (DOJ) counterintelligence division, Jay Bratt. Bratt argued to Judge Reinhart that the “open investigation” was still in its “early stages” and that to reveal any of the supporting documents at such an early stage would ” jeopardize ‘several witnesses’ whose accounts of Trump’s actions were specific enough that the sources for them might be easily identified.” That’s normally how it’s done, but it’s clear these are not normal circumstances.

I’m not an investigator, nor am I a cop, but I am the Adult in the Room and have been around the block reporting on court cases and investigations for longer than a cup of coffee. I can tell you that the raids usually come toward the end of an investigation. And yes, well spotted, that was a metaphorical hat trick.

Jay Bratt also said releasing the affidavit could jeopardize “several witnesses” whose accounts were specific enough that they could be identified.https://t.co/yaYFbcIeS7

Former federal prosecutor Andy McCarthy noted in a National Review post written before Thursday’s hearing, that service of a search warrant — a raid — usually comes late in an investigation with a perp in his PJs or ankle shackles stranded on the street for hours.

If it has probable cause to get a search warrant, the government nearly always has probable cause for an arrest warrant, too. In fact, quite often the same affidavit is filed to support arrest warrants and search warrants. Investigators would rather wait until the end of their probe to seek both, because investigations are best done in secrecy, without tipping off suspects while evidence is still being covertly gathered. [emphasis added]

These circumstances raise one question and may answer another. First, why conduct a smash and grab raid at the “early stages” when you haven’t investigated enough to know what you need to make your case?

This goes to another important issue. Was this why the warrant was so vague and “overly broad”? How could a warrant that had under its aegis every piece of paper ever generated during Trump’s presidency not be overly broad? “Overly broad” is a legal term of art suggesting we are veering into unconstitutional territory. That’s a Fourth Amendment no-no and it goes to the very reason why patriots escaped to the colonies and declared their independence from the Crown.

It may answer the question of why the FBI combed through Melania Trump’s under lovelies and hired a safecracker. They didn’t seem to know what they were looking for.

This is why it appears this was a raid in search of a crime.

As I wrote at PJ Media shortly after the raid:

The warrant covers any documents that Trump touched between his first day and last day in office. This included, “information, including communications in any form, regarding the retrieval, storage, or transmission of national defense information or classified material, any government and/or Presidential Records created between January 20, 2017, and January 20, 2021.”

Later, anti-Trump prosecutors showed atypical humility and admitted that, yes, they’d “over collected” documents such as Trump’s passports and privileged documents between Trump and his attorneys. This is no small thing. This is enough to get evidence and possibly the whole case thrown out by a judge. Fruits of the poisonous tree and all that. If agents had an appropriately tailored search warrant and had the judge bothered to look at the underlying documents, then privileged documents that were clearly out of the scope of the warrant wouldn’t have been confiscated. That is unless Trump and his attorneys were scoring crack, smoking meth, doing deals to get raw materials to make lithium batteries for the Chi-coms, and getting payoffs from the Ukrainians and Russkies. Wait, sorry, that’s Hunter Biden and The Big Guy.