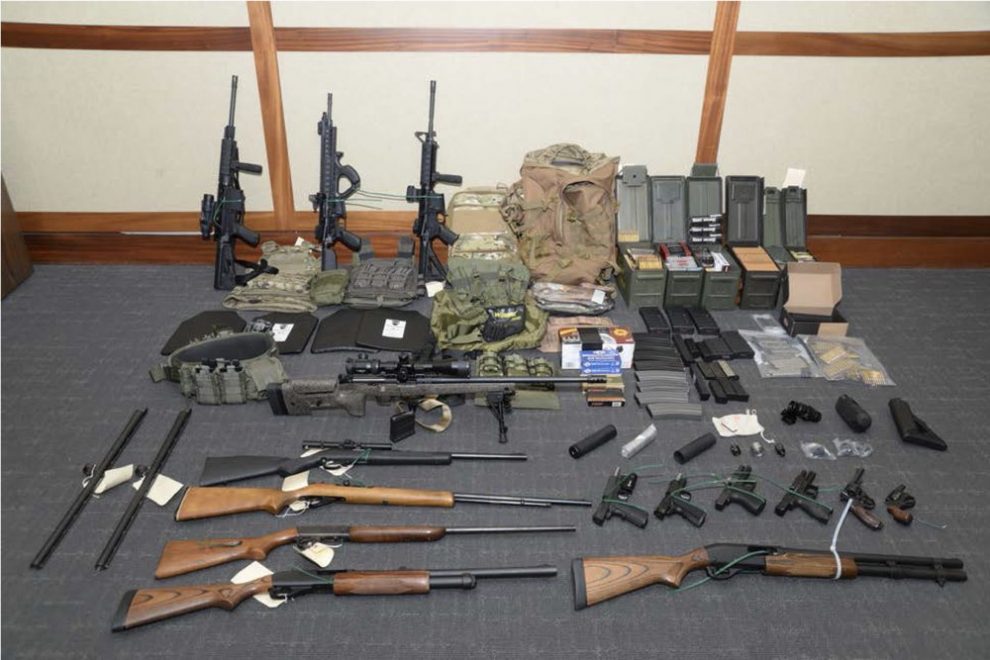 A Coast Guard lieutenant who was arrested last week is a “domestic terrorist” who drafted an email discussing biological attacks and had what appeared to be a hit list that included prominent Democrats and media figures, prosecutors said in court papers.

Christopher Paul Hasson is due to appear Thursday in federal court in Maryland after his arrest on gun and drug offenses, but prosecutors say those charges are the “proverbial tip of the iceberg.”

“The defendant is a domestic terrorist, bent on committing acts dangerous to human life that are intended to affect governmental conduct,” prosecutors wrote in court papers .

Hasson, who works at the Coast Guard’s headquarters in Washington, has espoused extremist views for years, according to prosecutors. Court papers detail a June 2017 draft email in which Hasson wrote that he was “dreaming of a way to kill almost every last person on the earth,” and pondering how he might be able to acquire anthrax and toxins to create botulism or a deadly influenza.