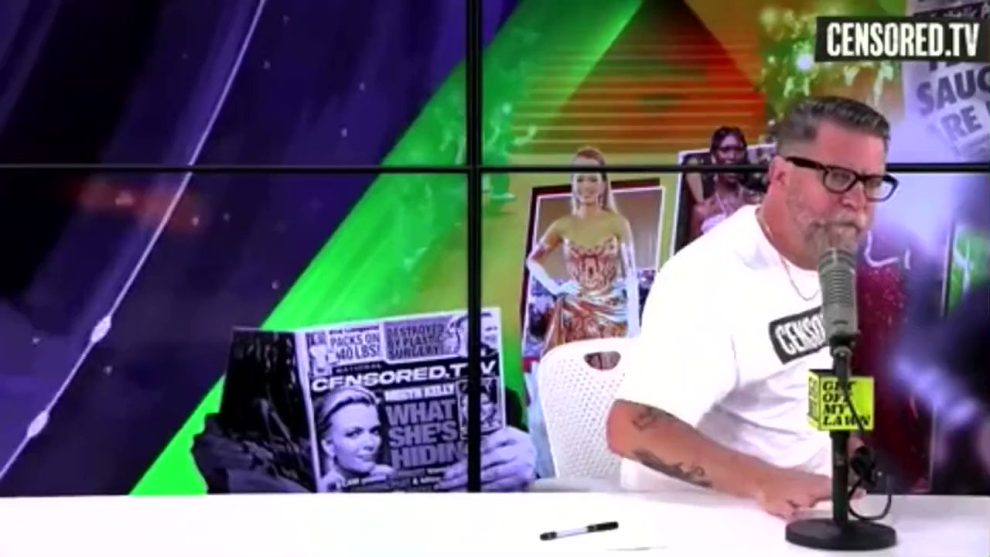 Political commentator and former Proud Boys leader Gavin McInnes was reportedly arrested during a live broadcast of his show on Censored TV on Thursday.

“We are shooting a show. Can we do this another time,” McInnes told law enforcement officials as his show was live streaming.

McInnes walked off-screen responding to the arresting officers or agents who cannot be heard, “Yeah. Alright, I’m happy to do that but, uh, I’ll get a lawyer and we will sit down and have a conversation and schedule a meeting and we’ll sit down with my lawyer. “

Indistinct chatter is then heard and McInness disappeared.

Something going on with Proud Boys founder Gavin McInnes tonight — this clip doesn't explain much, but suggests either a swatting, arrest, raid, or just a prank. Earlier this week McInnes claimed undercover cops were watching his house. https://t.co/a1DQU8jg9J

Josh Denny, a comedian who works on Censored TV who works alongside McInnes confirmed McInnes was arrested for alleged involvement in January 6.

“It was not a bit,” Denny tweeted on Friday. “Gavin was AGAINST going to Jan 6. He was AGAINST Charlottesville (and told Proud Boys they were out of the crib if they went) but he’s rotting away in jail because he dared to question authority.”

Just got off the phone with our people.

Gavin was AGAINST going to Jan 6. He was AGAINST Charlottesville (and told Proud Boys they were out of the club if they went) but he’s rotting away in jail because he dared to question authority.

Law enforcement has not made an announcement or disclosed details of McIiness’ arrest.

Roughly 12 hours since Proud Boys founder Gavin McInnes disappeared during a live broadcast of his show, and it's still not clear whether it's a prank, he was arrested, or something else happened. No confirmation from any law enforcement agencies so far.

In a broadcast earlier this week, McInnes mentioned spotting an unmarked police car parked near his house.

“Today, I go outside –and my neighborhood is not in downtown, it’s a lonely suburb– and there’s an unmarked police car parked in front of my house. So I walk over to it and I go, ‘How we doing?’ And they look very uncomfortable,” he said on Tuesday. “Now I’ve reported cars like this before to the police.”

From his show on Tuesday the 23rd pic.twitter.com/RUOSx0wv02