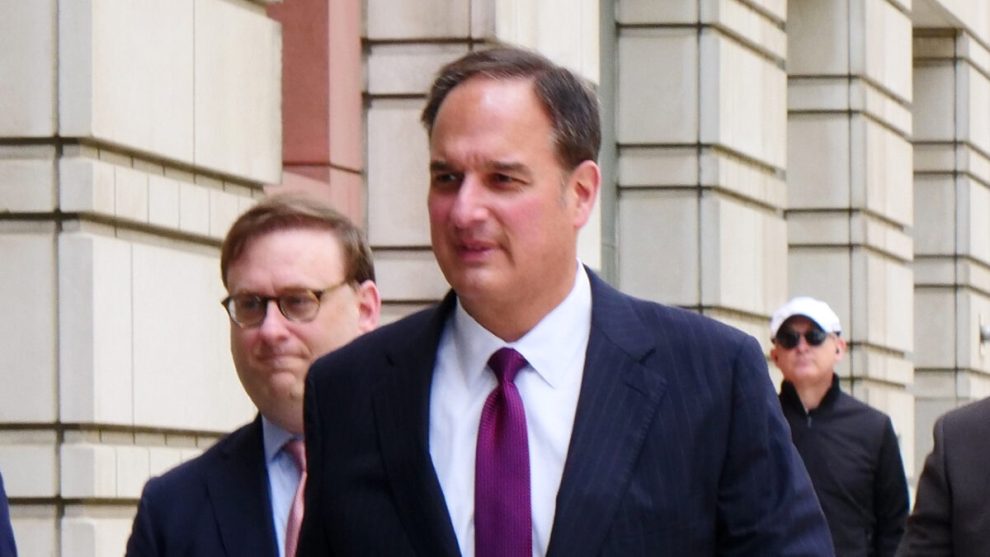 “The evidence has proven beyond a reasonable doubt that the defendant Michael Sussmann made a false statement to the FBI,” federal prosecutor Jonathan Algor said while delivering the government’s closing arguments, Fox News reported.

“The defendant used his privilege as a high-powered Washington lawyer, a former [Department of Justice] prosecutor … to bypass normal channels and expedite a meeting with the FBI general counsel,” Algor added.

Algor is part of a team set up by Durham, whom former Attorney General William Barr tasked with investigating potential misconduct in the FBI’s probe of alleged collusion between the 2016 Trump campaign and Russia.

The government charged Sussmann with one count of making a false statement to the FBI during a 2016 meeting with former FBI general counsel James Baker.

Prosecutors say Sussmann falsely told Baker he was not representing any client when he brought to the FBI later disproven allegations linking the Trump campaign to Russia’s Alfa Bank.

According to prosecutors, Sussmann was working for presidential candidate Hillary Clinton when he brought the now-discredited claims to Baker.

“He knew he had to conceal his connection to the Clinton campaign,” Algor said during his closing statement, according to Fox.

“He knew if he told Baker he was there on behalf of the Clinton campaign, the chances of an FBI investigation would be diminished.”

In a previous hearing, prosecutor Deborah Brittain Shaw described Sussman’s alleged lie as “part of a bigger plan” to “use and manipulate the FBI.”

Shaw accused Sussmann of trying to use the FBI as a political tool to undermine Trump’s campaign in the weeks leading to the 2016 election.

In his closing statement, Algor said Sussmann’s allegations were not about national security but “about opposition research against candidate Donald Trump.”

Prosecutors also pointed to a text message Sussman sent to Baker before he met with him in which he put his alleged falsehood in writing.

“Jim — it’s Michael Sussmann. I have something time-sensitive (and sensitive) I need to discuss,” the message said, according to Durham.

“Do you have availability for a short meeting tomorrow? I’m coming on my own — not on behalf of a client or company — want to help the Bureau. Thanks,” Sussmann wrote.

“The defendant’s own words, own actions, are overwhelming,” Algor said. “The evidence has proven beyond a reasonable doubt that Sussmann made a false statement to the FBI.”

“You should return the only verdict supported by the evidence in this case — guilty,” Algor said before closing.

Sussmann’s attorney Sean Berkowitz told the court in his closing remarks that Durham was trying to “misdirect” the jury and that the case “doesn’t make any sense at all,” CNN reported.

“Opposition research is not illegal,” Berkowitz said, according to the outlet. “If it were, the jails of Washington, D.C., would be teeming over.”