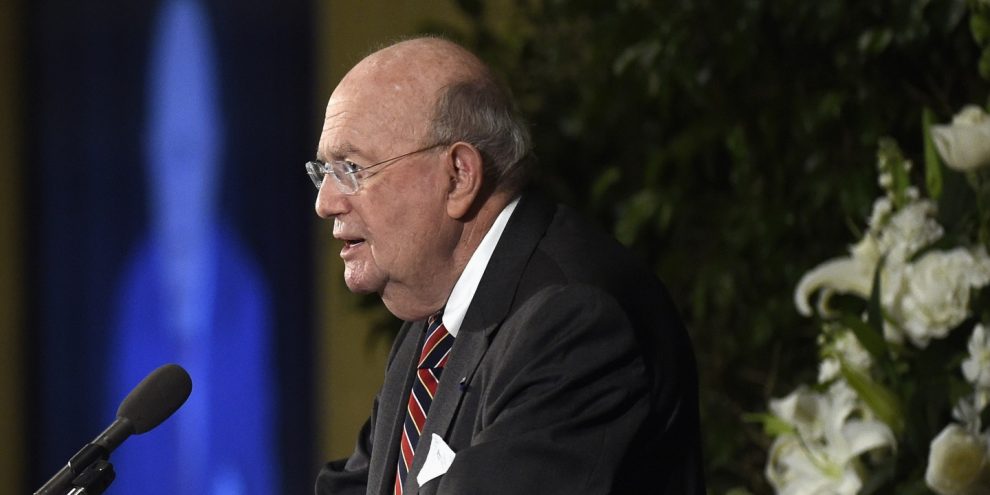 The media has abused the wide powers given it in a landmark libel law case and has become part of the problem in America instead of the solution, a federal judge has written in his dissent in a defamation case.

In the case before the D.C. Circuit of the U.S. Court of Appeals, Liberian officials Christiana Tah and Randolph McClain were suing Global Witness Publishing, which in 2018 had published an article saying the two officials took bribes from Exxon.

Their claims were dismissed Friday, according to Fox News.

In addition to disagreeing about points of law in the case, Circuit Court Judge Laurence Silberman said the case illustrated why the landmark 1964 New York Times v. Sullivan ruling should be revisited.

Silberman was appointed to the court by former President Ronald Reagan.

The ruling gives the media vast protection from being sued for libel by public officials.

“After observing my colleagues’ efforts to stretch the actual malice rule like a rubber band, I am prompted to urge the overruling of New York Times v. Sullivan. Justice Thomas has already persuasively demonstrated that New York Times was a policy-driven decision masquerading as constitutional law,” he wrote.

“But new considerations have arisen over the last 50 years that make the New York Times decision (which I believe I have faithfully applied in my dissent) a threat to American Democracy. It must go.”

Silberman said the media has evolved to the point where it does not need protecting.

“There can be no doubt that the New York Times case has increased the power of the media. Although the institutional press, it could be argued, needed that protection to cover the civil rights movement, that power is now abused. In light of today’s very different challenges, I doubt the Court would invent the same rule,” he wrote.

“As the case has subsequently been interpreted, it allows the press to cast false aspersions on public figures with near impunity.”

Silberman said that if that power was applied in an even-handed manner, there would be no crisis. However, he noted, that is not the case.

“Although the bias against the Republican Party — not just controversial individuals — is rather shocking today, this is not new; it is a long-term, secular trend going back at least to the ’70s,” Silberman wrote.

“Two of the three most influential papers (at least historically), The New York Times and The Washington Post, are virtually Democratic Party broadsheets. And the news section of The Wall Street Journal leans in the same direction. The orientation of these three papers is followed by The Associated Press and most large papers across the country (such as the Los Angeles Times, Miami Herald, and Boston Globe). Nearly all television — network and cable — is a Democratic Party trumpet. Even the government-supported National Public Radio follows along.”

All forms of media are supporting Democrats, he noted.

“As has become apparent, Silicon Valley also has an enormous influence over the distribution of news. And it similarly filters news delivery in ways favorable to the Democratic Party,” referring to Twitter’s efforts in the weeks before the 2020 election to block the distribution of a story concerning a laptop computer once allegedly owned by Hunter Biden.

Silberman said that America’s democracy suffers from the rampant bias of the media.

“It should be borne in mind that the first step taken by any potential authoritarian or dictatorial regime is to gain control of communications, particularly the delivery of news. It is fair to conclude, therefore, that one-party control of the press and media is a threat to a viable democracy. It may even give rise to countervailing extremism. The First Amendment guarantees a free press to foster a vibrant trade in ideas. But a biased press can distort the marketplace. And when the media has proven its willingness — if not eagerness — to so distort, it is a profound mistake to stand by unjustified legal rules that serve only to enhance the press’ power,” he wrote.

Silberman also added a footnote to his dissent.

“The reasons for press bias are too complicated to address here. But they surely relate to bias at academic institutions.”