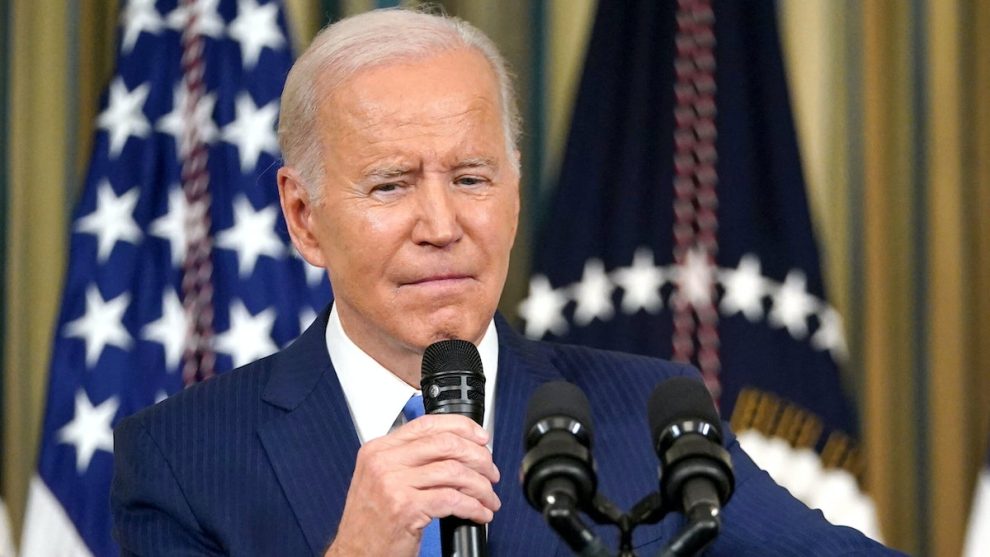 U.S. District Judge Mark Pittman made the ruling in response to a lawsuit filed by the Job Creators Network Foundation, which alleged that Biden’s student loan bailout violated federal procedures.

The Job Creators Network filed the lawsuit last month on behalf of two borrowers, one who did not qualify for the full amount the program offered and another who was deemed ineligible altogether.

“This case involves the question of whether Congress—through the HEROES Act—gave the Secretary authority to implement a Program that provides debt forgiveness to millions of student-loan borrowers, totaling over $400 billion,” Pittman wrote. “Whether the Program constitutes good public policy is not the role of this Court to determine. Still, no one can plausibly deny that it is either one of the largest delegations of legislative power to the executive branch, or one of the largest exercises of legislative power without congressional authority in the history of the United States.”

“In this country, we are not ruled by an all-powerful executive with a pen and a phone,” Pittman continued. “Instead, we are ruled by a Constitution that provides for three distinct and independent branches of government. As President James Madison warned, ‘[t]he accumulation of all powers, legislative, executive, and judiciary, in the same hands, whether of one, a few, or many, and whether hereditary, self-appointed, or elective, may justly be pronounced the very definition of tyranny.’ THE FEDERALIST NO. 47.”

“The Court is not blind to the current political division in our country,” he concluded. “But it is fundamental to the survival of our Republic that the separation of powers as outlined in our Constitution be preserved. And having interpreted the HEROES Act, the Court holds that it does not provide ‘clear congressional authorization’ for the Program proposed by the Secretary.”

Biden’s controversial student loan bailout would cancel up to $10,000 of student debt for individuals who earn less than $125,000 per year, or less than $250,000 for married couples.