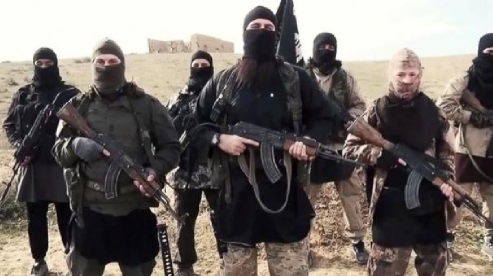 The FBI brought official terrorist charges against Hasher Jallal Taheb of Cumming, GA on Wednesday. The Islamic extremist is accused of plotting to wage jihadist attacks against the White House and the Statue of Liberty, to name a couple of his would-be targets. Taheb had been under FBI investigation since last year, when authorities received a tip that he’d been radicalized. When an undercover agent made contact with the suspect, Taheb informed him that he was selling his car to prepare for a trip to ISIS territory in the Middle East. He also told the agent his plans to target US government buildings with explosives.

Taheb was arrested this week when he tried to purchase weapons from an undercover FBI employee.

From The New York Times:

Mr. Taheb had other meetings with the F.B.I. source and an undercover F.B.I. employee, in which he showed them drawings of White House floor plans and said he would lead them in an attack that he described as “a martyrdom operation,” according to the document.

In December, he asked the undercover employee to obtain weapons for the attack, saying he wanted to use improvised explosive devices, hand grenades, semiautomatic weapons and a shoulder-fired anti-armor weapon, the affidavit says. He said he intended to use the shoulder-fired weapon to blow a hole in the White House, after which the group would “go in and take down as many (people) as they possibly could,” the affidavit states.

The F.B.I. account says that Mr. Taheb wanted to record a video featuring clips of “oppressed Muslims,” with American and Israeli flags burning in the background, and that he spoke of also wanting to attack the Washington Monument, the Lincoln Memorial and “a specific synagogue” that the affidavit did not name.

So, sounds as if another Islamist scumbag has been removed from the streets, which is always a reason to celebrate. But while the picture of this arrest shows how effective the FBI is when it comes to getting a bead on these self-radicalized rats, Taheb could have just as easily flown under the radar. Had not one of his acquaintances gone to the FBI, we could have very well learned about this guy from headlines describing his destruction. Just another reason why, no matter what we might hear from the media and the Southern Poverty Law Center, we can never, ever take our eyes off the Islamic terrorism ball. This is a war, no matter how much or how little territory ISIS still has in the Middle East.

Twitter
See also  Biden Admin Pats Itself on Back About Unemployment, Then Note from Musk's Twitter Appears
→ What are your thoughts? ←
Scroll down to leave a comment: