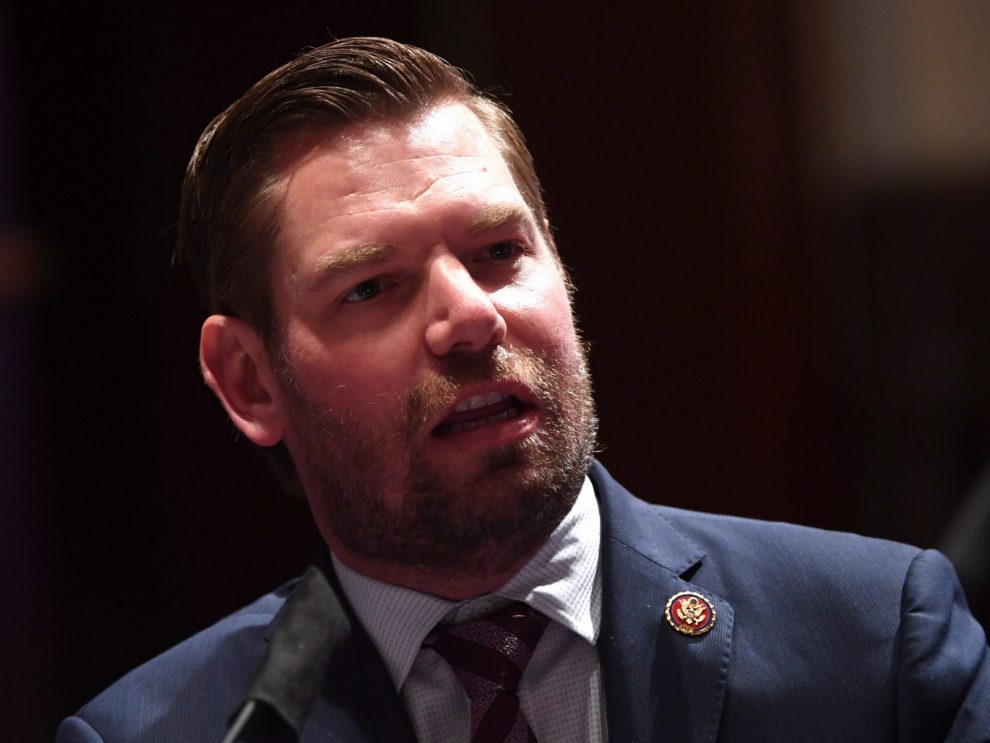 House Minority Leader Kevin McCarthy said Wednesday he has asked the Federal Bureau of Investigation for a briefing on Rep. Eric Swalwell’s reported ties to a Chinese spy and the agency has canceled two times.

“Swalwell is a national security liability. This is too important for the FBI to continue to stonewall,” he tweeted.

Swalwell is a national security liability. This is too important for the FBI to continue to stonewall.

Pressure is increasing on Swalwell to answer questions about a report that alleged a female Chinese spy named Christine Fang, or Fang Fang, targeted Swalwell between 2011 and 2015 as part of a political intelligence operation.

Fang, as reported by Axios, met Swalwell while he was a council member for Dublin City, California, and she was a Chinese student organizer. She would become a campaign bundler for him and even placed at least one intern in one of his congressional offices.

Axios said Fang’s behavior was so worrisome that the FBI briefed Swalwell about her in 2015, after which he allegedly cut ties with her and she unexpectedly returned to China. However, his father and brother remained Facebook friends with her as recently as last week.

Swalwell has tried to blame the Trump administration for the story.

“The wrongdoing here, Jim, is that at the same time this story was being leaked out is the time that I was working on impeachment on the House Intelligence and Judiciary Committees,” he told CNN Newsroom last week. Axios reporter Jonathan Swan called that explanation “absurd.”

Pressure is also rising on House Speaker Nancy Pelosi to address the issue. On Tuesday, a group of top House Republicans sent a letter to Pelosi asking her to remove Swalwell from the House Intelligence Committee. The letter said:

Because of Rep. Swalwell’s position on the House Permanent Select Committee on Intelligence, his close interactions with Chinese intelligence services, however unintentional they may be, are an unacceptable national security risk. HPSCI handles some of the most sensitive information our government possesses — information critical to our national defense. As such, we urge you to immediately remove Rep. Swalwell from his position on the House Intelligence Committee.

Pelosi said last week she had no concerns about Swalwell.

McCarthy has questioned when Pelosi and House Intelligence Committee Chairman Adam Schiff (D-CA) knew about Swalwell being targeted by a suspected Chinese spy and why Democrats have not been more aggressive towards China.

He noted on Fox News Channel’s Ingraham Angle on December 8 that Pelosi selects Democratic members of the House Intelligence Committee, and is a member of the “Gang of Eight” that gets briefed on intelligence matters by the intelligence community. He said:

Did Nancy Pelosi know this had transpired when she put him on the committee? We have our Sen., Dianne Feinstein, for two decades, the personal assistant, that hear all the private phone calls in the car and others, a Chinese spy. Why did the Democrats pull out of the bipartisan China task force I had set up? Why did Speaker Pelosi pull out of that? Why have they denied certain bills that would hold China accountable, that have passed the Senate, not come to the floor? Why do they focus on Silicon Valley members of Congress? Why is he still on the Intel. Committee? Why is he still a member of Congress? Did Adam Schiff know, as chairman of that committee, that he had this problem?”

McCarthy also questioned, on FNC’s Fox & Friends December 10, why Swalwell attacked Director of National Intelligence John Ratcliffe for warning about Chinese spying and how Swalwell was able to join the intelligence committee as a sophomore:

…Why did he attack the American Director of Intelligence John Ratcliffe’s report, talking about the expansion of China spying throughout? Just last week, he attacked the director, John Ratcliffe, defending China. This man should not be in the Intel Committee.

Adam Schiff, who has spent four years as chair, worried about the foreign intervention into our country, knowingly keep an individual on the committee, if he knew — as Swalwell says — that he was with a Chinese individual who was a spy, who helped him run for Congress? Then the other question is did anybody influence getting a sophomore member on to the Intel Committee?

The other committee that he sits on was space and technology, science, that deals with our satellites, deals with going into space and others. Why is he so interested on that committee? These questions continue to raise about this individual.

In August, Swalwell downplayed the threat from Chinese interference in the 2020 election.

He said on MSNBC’s The ReidOut that National Counterintelligence and Security Center (NCSC) Director William Evanina’s statement on threats to the 2020 election coming from Russia, China, and Iran was a conflation of threats to protect Trump.

“There is only one country that has a preferred candidate that they are willing to actually help, and the assessment is that Russia is trying to help Donald Trump and to tear down Joe Biden,” he said. “They are truly trying to conflate threats, I believe, to protect the president.”