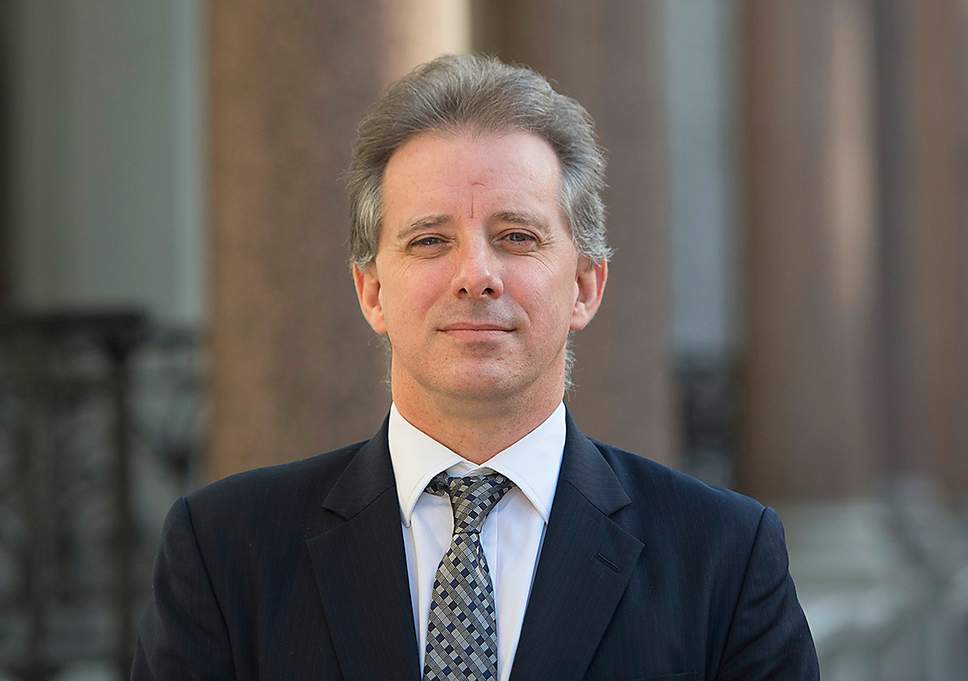 The FBI opened a counterintelligence investigation on the primary source for dossier author Christopher Steele, and considered obtaining a warrant to wiretap him in 2010, according to a document released Thursday.

The FBI was also aware of the information about the source, identified elsewhere as Igor Danchenko, by December 2016, according to the document.

“This is the most stunning and damning revelation the committee has uncovered,” Senate Judiciary Committee Chairman Lindsey Graham said in a statement after releasing an FBI memo about the dossier source.

The document shows that the FBI considered a Foreign Intelligence Surveillance Act (FISA) warrant of Danchenko years before the bureau relied heavily on information that he had provided Steele, a former British spy, to obtain FISAs against Carter Page.

Danchenko is not named in the memo, though is attorney has confirmed to reporters that the Russian national was Steele’s source.

The information also could increase concerns that Russian disinformation was fed to Steele, a former MI6 officer who investigated the Trump campaign on behalf of the Clinton campaign and DNC. A Justice Department inspector general’s report released Dec. 9 said that the FBI received evidence in January and February 2017 that Russian intelligence officers may have fed false information into Steele’s network of sources.

Footnotes from the IG report say that two Russian intelligence officers knew in July 2016 that Steele was investigating the Trump campaign.

According to the FBI document, Danchenko had contact with suspected Russian intelligence officers in Washington, D.C. in 2005 and 2006.

The document says that the FBI had an investigation into Danchenko open from May 2009 to March 2011, based on an interaction he allegedly had with three employees of an American think tank.

Danchenko worked at the time as a Russia analyst for the Brookings Institution, a prominent liberal foreign policy think tank.

An employee of the think tank said that another employee, seemingly Danchenko, told others that if they got jobs in the government and obtained classified security clearances, they might be put them in touch with people so they could “make a little extra money.”

“The coworker did express suspicion of the employee and had questioned the possibility that the employee might actually be a Russian spy,” the FBI memo says.

The intelligence officer contacted Danchenko four days later to work “on the documents and then think about future plans,” the memo says.

The following month, Danchenko contacted the Russian intelligence officer, and mentioned finding out whether “the documents can be placed in tomorrow’s diplomatic mail pouch.”

Danchenko also had contact in 2005 with a Russian intelligence officer based in Washington, according to the memo.

The FBI interviewed several of Danchenko’s associates, according to the memo. One said that while Danchenko was not anti-American, he often presented pro-Russian viewpoints.

Two interview subjects said that Danchenko “persistently” asked them about their knowledge of a U.S. military vessel.

The memo says that an FBI field office initiated the process for applying for a FISA on Danchenko in July 2010. The bureau dropped the issue after Danchenko left the country in September 2010.

“Because the Primary Sub-source had apparently left the United States, the FBI withdrew the FISA application request and closed the investigation,” the memo says.

Danchenko told the FBI in January 2017 that he began working for Steele’s firm, Orbis Business International, at some point after he left the Brookings Institution in 2010. Steele began investigating the Trump campaign’s possible ties to Russia in June 2016, after he was hired by opposition research firm Fusion GPS.

Cenk Sidar, the owner of Sidar Global, told The Daily Caller News Foundation in August that while he never met Danchenko, he believed he was a good analyst on Russia issues.

“I don’t know him personally or don’t have anything to say about his work quality as there were other people who managed him but in general, he is a smart guy and knows well about Russia,” Sidar said.

Danchenko also denied during the interviews that he had contacts with Russian intelligence operatives; a claim which appears to be inconsistent with the new FBI memo.

Danchenko described six sub-sources he used for various allegations in the dossier.

The Daily Caller News Foundation reported in August that Danchenko met with two Russian associates in Russia on June 15, 2016, five days before Steele wrote the first memo in the dossier.

Danchenko met with Ivan Vorontsov, the editor of a financial journal, and Sergey Abyshev, who then served as an official in the Russian ministry of energy.

Danchenko’s main sub-source, a woman he said he had known since childhood, provided one piece of information that the FBI has said is inaccurate. Danchenko said the woman told him that former Trump lawyer Michael Cohen visited Prague in August 2016 to meet with Kremlin insiders. The IG report and special counsel’s report said that Cohen never visited Prague.

Danchenko said the woman was also the source for claims in the dossier that Carter Page met in Moscow in July 2016 with Igor Diveykin, a Kremlin insider.

Page has vehemently denied the claim.

Danchenko’s attorney, Mark Schamel, did not respond to a phone call seeking comment.

Attorney General William Barr, who declassified the document, said that he consulted with U.S. Attorney John Durham, who is investigating aspects of Crossfire Hurricane. Barr told Graham that Durham said releasing the document would not interfere with his investigation.