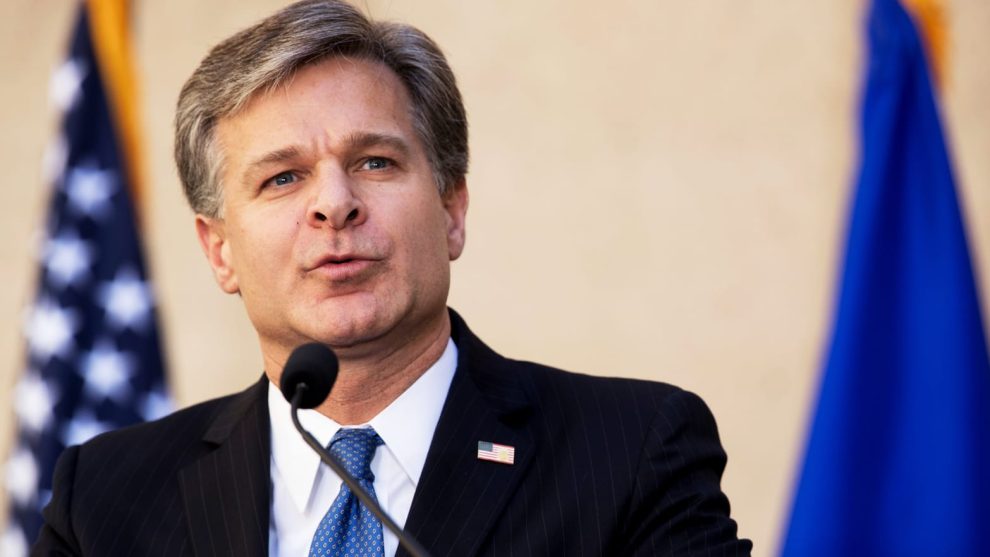 In this episode of The Continuing Degradation of American Society…

The FBI, Homeland Security Investigations, and the National Center for Missing and Exploited Children warned on Monday of a “horrific increase” in the number of children and teens facing coercion to send sexually explicit images for extortion purposes by predators. The question is why the dramatic increase?

FBI Director Christopher Wray said in a press release that the Bureau “has seen a horrific increase in reports of financial sextortion schemes targeting minor boys — and the fact is that the many victims who are afraid to come forward are not even included in those numbers.”

The FBI is here for victims, but we also need parents and caregivers to work with us to prevent this crime before it happens and help children come forward if it does. Victims may feel like there is no way out — it is up to all of us to reassure them that they are not in trouble, there is hope, and they are not alone.

Not to sound cold, but that’s all well and good. As I asked at the top, why is it occurring, and more importantly what’s being done to stop — or dramatically curtail —it?

The facts are startling, as reported by Just the News:

The agencies stated they have received over 7,000 reports in connection to such schemes in the past year alone, and that these incidents have produced at least 3,000 victims, mostly young boys. Moreover, the release stated that more than a dozen suicides had stemmed from these operations.

The agencies cautioned that such interactions begin on traditional social media platforms and gaming sites with predators often impersonating female players and targeting younger boys. They then use these personas to solicit sexual materials and, upon receipt, demand money to prevent their public release.

Michelle DeLaune, CEO of the National Center for Missing and Exploited Children, said in effect that it’s mostly up to parents to do a better job of talking to their kids about what to do if they’re targeted online:

This is a growing crisis and we’ve seen sextortion completely devastate children and families. As the leading nonprofit focused on child protection, we’ve seen first-hand the rise in these cases worldwide. The best defense against this crime is to talk to your children about what to do if they’re targeted online. We want everyone to know help is out there and they’re not alone.

While it’s hard to argue with the notion that it’s incumbent on parents to teach their kids about the potential dangers of communicating with strangers on social media or gaming sites, as well as regularly checking their kids’ online activity, the facts remain: financial sextortion of children by online predators is horrific and getting worse — regardless of parents being told that they and their kids “aren’t alone.”

I’m no expert but it seems to me that real-time technology could be used to track, arrest, and prosecute child predators, and perhaps a data bank created and regularly updated with information about where these animals download and share explicit content online.

God knows Big Tech tracks our every movement, so why not track sexual predators of the worst kind?

Then again, not much ad revenue could be generated with that kind of information.