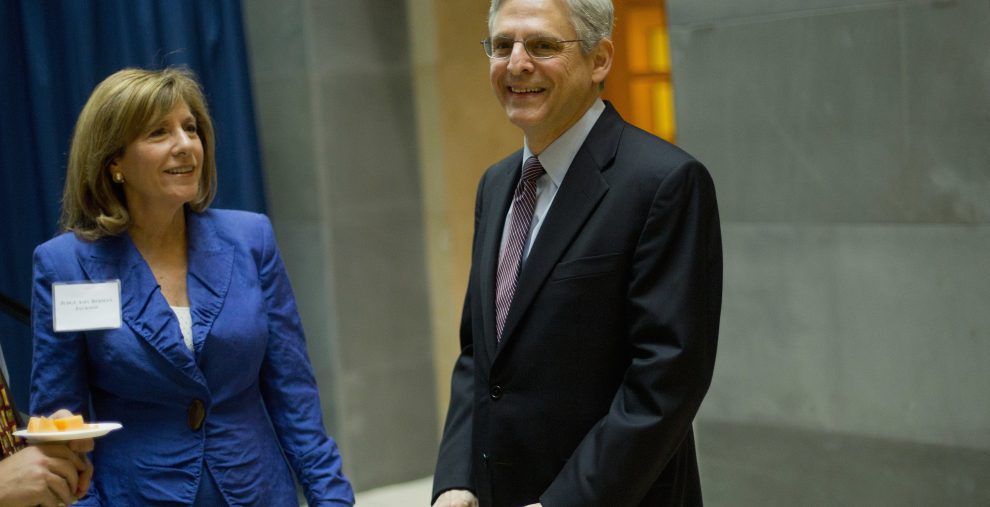 Corrupt Judge Amy Berman Jackson, who harassed and tortured President Trump connected Roger Stone and Paul Manafort, did the opposite with the Clintons. Now, this may come back to haunt the Biden Administration.

We reported on corrupt Amy Berman Jackson during President Trump’s Administration. She literally tortured Paul Manafort by putting him in solitary confinement for minor tax items and FARA abuse. Tax issues are normally dealt with by a fine and payment and FARA forms not being filled out have almost never reached a court. But Judge Jackson used this to literally torture Manafort in prison.

After Manafort, Judge Amy Berman Jackson went after Roger Stone and abused him as well in her kangaroo court. We wrote about this extensively. Tucker Carlson even noticed the corrupt ways of Judge Jackson.

But Judge Jackson isn’t always like this. In a case she overheard against the Clintons, Judge Jackson ruled very favorably for the Clintons. This, however, is now reason to classify the FBI’s raid in Mar-a-Lago as a crime.

Clinton made audio tapes with historian Taylor Branch during his presidency and for a period of time, they were even kept in his sock drawer.

Branch recorded seventy-nine audiotapes that “preserved not only President Clinton’s thoughts and commentary on contemporaneous events and issues he was facing as president, but, in some instances, recorded actual events such as presidential telephone conversations.

Judicial Watch sued to have the tapes included in the National Archives.

But U.S. District Judge Amy Berman Jackson ruled there was no provision in the Presidential Records Act to force the National Archives to seize records from a former president. What’s interesting about the case is what it says in regard to a president’s sweeping power over records.

But Jackson’s ruling — along with the Justice Department’s arguments that preceded it — made some other sweeping declarations that have more direct relevance to the FBI’s decision to seize handwritten notes and files Trump took with him to Mar-a-Lago. The most relevant is that a president’s discretion on what are personal vs. official records is far-reaching and solely his, as is his ability to declassify or destroy records at will.

“Under the statutory scheme established by the PRA, the decision to segregate personal materials from Presidential records is made by the President, during the President’s term and in his sole discretion,” Jackson wrote in her March 2012 decision, which was never appealed.

“Since the President is completely entrusted with the management and even the disposal of Presidential records during his time in office, it would be difficult for this Court to conclude that Congress intended that he would have less authority to do what he pleases with what he considers to be his personal records,” she added.

The judge also noted it would be wrong to seize the tapes from Clinton, that it was an “extraordinary request” that was “unfounded, contrary to the PRA’s express terms, and contrary to traditional principles of administrative law. The Court agrees.”
If the Archives wants to challenge a decision, that agency and the attorney general can initiate an enforcement mechanism under the law, but it is a civil procedure and has no criminal penalty, she noted.

As Tom Fitton, who lost that case, notes, in that case, the government was defending the matter that Clinton didn’t have to turn over the tapes.

But now the government is going after Trump, with an overly broad warrant suggested they had the right to look for and grab any document made during his presidency. The government’s attitude turns on a dime because it’s Trump.

Corrupt Judge Amy Berman Jackson’s ruling may now help the man she has been after over the past five years. She must be sick.