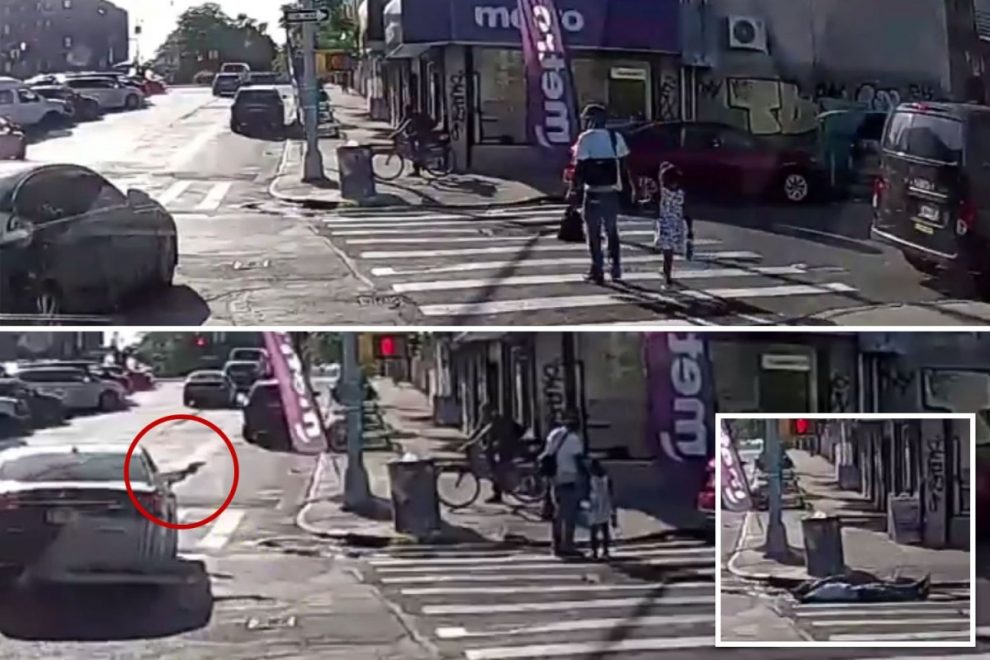 Video has emerged showing a father get shot dead while walking his six-year-old daughter across the street in the Bronx just before 6 p.m. Sunday.

The video, released by NYPD Chief of Detectives Rodney Harrison, shows the father and daughter walking hand-in-hand when a car pulls up and arm extends out the passenger’s window, gun in hand.

On Sunday, July 5th, police officers from the 44th Precinct responded to a 911 call for a male shot at Sheridan Avenue and East 170th Street. pic.twitter.com/kiEmmJfuEW

The father then collapses to the ground, indicating that he has been shot. The six-year-old daughter can be seen running for her life after he father goes down.

On July 6, NBC News investigative reporter Tom Winter noted that “[there has] been a 204% increase in…[NYC] shooting victims over the past 28 days compared to last year.”  with 717 shooting victims on the year.

On June 29, 2020, Breitbart News reported that more than 110 people had been shot in NYC over the course of nine days. The 110-plus victims were wounded or killed in 83 different shootings that occurred during that nine-day period, 1010WINS reported.

See also  China Launches Military Exercises In South China Sea As Biden Visits Asia
→ What are your thoughts? ←
Scroll down to leave a comment: