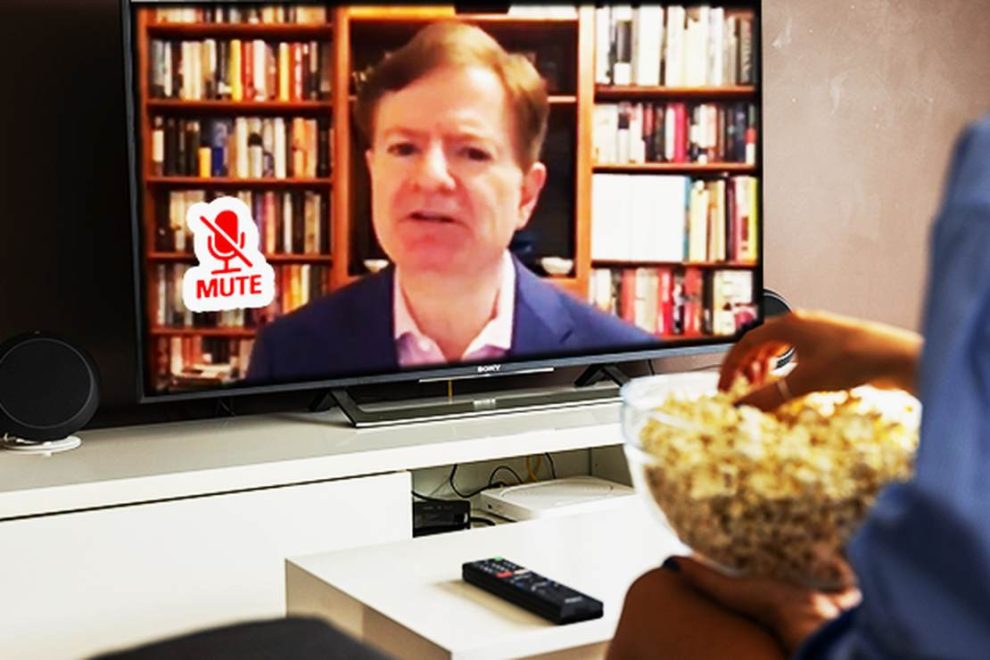 Glenn Kessler, the Washington Post’s intrepid “fact” checker, must have been salivating over his plan to “own the cons” when he retweeted Georgia gubernatorial candidate Stacey Abrams’ claim that “there’s no such thing as a heartbeat at six weeks.” Abrams (D-Tinfoil Hat) claimed that a fetal heartbeat is just a Grand Plot by men to “take control of a woman’s body.”

Kessler weighed in with, “FWIW, ‘fetal heartbeat’ is a misnomer. The ultrasound picks up electrical activity generated by an embryo.”

“The so-called ‘heartbeat’ sound you hear is created by the ultrasound,” he added. “Not until 10 weeks can the opening and closing of cardiac valves be detected by a Doppler machine.”

Apparently, a memo went out on the Left this week with the new pro-abortion talking point to justify the murder of unborn children. Dr. Stacey Abrams, M.D., and Kessler wasted no time running to Twitter to shout the New Abortion Narrative.

FWIW, "fetal heartbeat" is a misnomer. The ultrasound picks up electrical activity generated by an embryo. The so-called "heartbeat" sound you hear is created by the ultrasound. Not until 10 weeks can the opening and closing of cardiac valves be detected by a Doppler machine. … https://t.co/OODSeeFMas

Radiologist Pradheep J. Shanker quickly pointed out that Kessler has no idea what he is talking about:

Glenn… This is scientifically and medically incorrect. 100%.

He said the NPR article Kessler cited was wrong. “Ultrasound only detects density and motion. It cannot detect any electrical activity at all. This is a scientific fact,” Shanker declared. “It is true that the valves in the heart develop later. However, the cardiac muscles that are located in the embryological heart are contracting. They are in fact moving inward and outward. That is how you define a beat.”

He conceded that a fetal heartbeat isn’t the same as a fully developed adult heartbeat but added, “the cardiac tissue is contracting, which is literally what a beat is. To say otherwise is scientific misinformation, and cannot be treated otherwise.” What!?!?!?! Misinformation from the world’s leading “fact” checker? How can this be?

Shanker advised Kessler to delete the tweet and “completely correct it with somebody who knows the science and actually understands what they are talking about, and issue an apology because this is really a pathetic scientific document.”

So you’re saying the embryo is generating electrical activity which means it’s… alive.

Talk about a fact check that bites you in the ass. https://t.co/49PwThwoVM

The pro-life website LifeNews weighed in with a video showing the heartbeat of a baby 22 days after conception.

There was no small amount of mockery for Stacey Abrams’ conspiracy theory, either:

Stacey Abrams: "There is no such thing as a heartbeat at 6 weeks"

Stop denying science in an attempt to back up your extreme position on abortion.https://t.co/wSekcGZA7a

Stacey Abrams is pushing a theory here that ultrasound machines, used in hospitals now all over the world, were designed by a cabal of men, to manufacture a sound beat on purpose, in order to convince women to keep unwanted pregnancies. This is beyond QAnon shit. https://t.co/4pOoUJRt52

The Pacific, a parody account for The Atlantic, knocked it out of the park with this one:

I don’t know whether to laugh or cry about this stupidity. As funny as all of this is, I fully expect the “fact” checkers to come at me for daring to call out Stacey Abrams and Glenn Kessler. It’s clear that the facts aren’t on the Left’s side in the abortion debate — ultrasound leaves no doubt that what’s in a mother’s womb is actually a baby — so they lie, spin, prevaricate, and deceive — all with the imprimatur of the “fact” checkers.

I often get emails asking why we need the support of our VIP members. Can’t we just rely on ad revenue like all the other sites out there? Well, yes and no. Ad revenue is part of the equation, but the Big Tech censors are doing everything they can to make sure our articles barely see the light of day on social media platforms, which, like it or not, is where most people still get their news. Fewer clicks result in less revenue. Less revenue means paying fewer writers, investigating fewer Biden scandals, and uncovering fewer lies about the slaughter of unborn children.

The Left’s abortion propaganda has been wildly successful over the years. Entire generations have been brainwashed into believing that a human baby in the womb — with its own DNA, fingerprints, and heartbeat — is nothing more than a clump of cells that can be snuffed out at the whim of the child’s mother. If you would like to help us fight back against the lies, the censorship, and the deception, please become a VIP member. If you join today, you can get a 25% discount on your membership with the promo code PROLIFE.