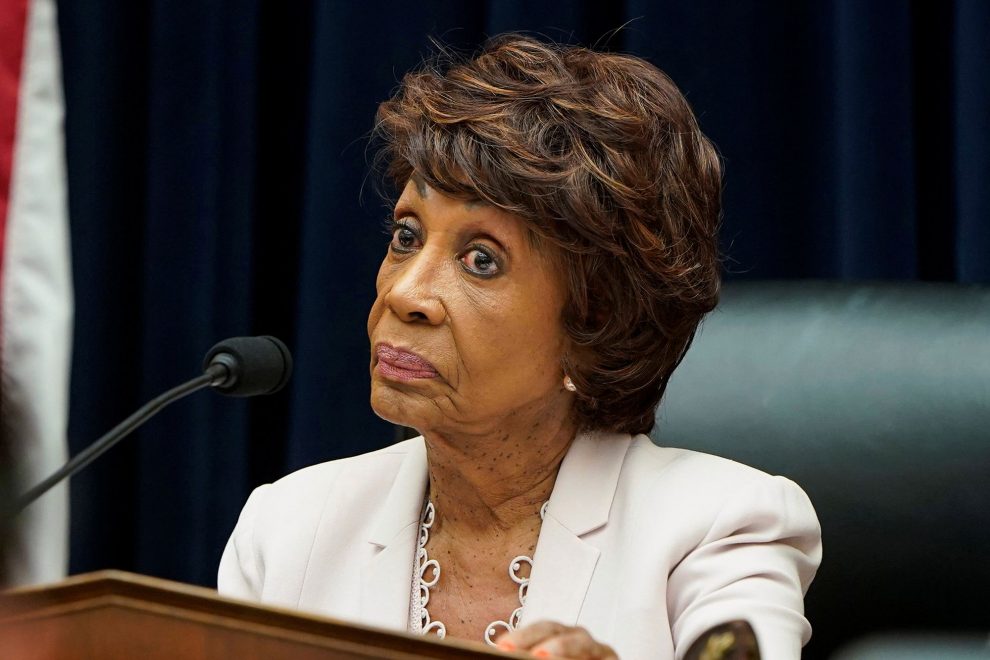 Facing a looming censure vote in the U.S. House of Representatives, Rep. Maxine Waters (D-CA) is defiant in her latest public comments since House GOP leader Kevin McCarthy announced his intention to pursue the drastic consequence for her violent rhetoric this weekend.

Waters, the chairwoman of the powerful House Financial Services Committee, insists her comments in Minnesota this past weekend urging people to ratchet up “confrontation” “in the streets” were not a call to violence.

“The whole Civil Rights movement is confrontation,” she said, according to CNN’s Manu Raju.

But many others see her comments much differently, including McCarthy and the judge overseeing the trial of former Minneapolis police officer Derek Chauvin.

“This weekend in Minnesota, Maxine Waters broke the law by violating curfew and then incited violence. Increased unrest has already led to violence against law enforcement and her comments intentionally poured fuel on the fire,” McCarthy told Breitbart News exclusively earlier on Monday, announcing here first that he intends to pursue a formal censure of Waters this week in the House. “We’ve heard this type of violent rhetoric from Waters before, and the United States Congress must clearly and without reservation reprimand this behavior before more people get hurt. But Speaker Pelosi is ignoring Waters’ behavior. That’s why I am introducing a resolution to censure Rep. Waters for these dangerous comments, and I hope that all my colleagues – both Republican and Democrat – will stand up for peace on America’s streets.”

Shortly after McCarthy’s comments here, the judge overseeing the trial of Chauvin–who is charged with, among other things, the murder of George Floyd, whose death last spring sparked nationwide protests–told Chauvin’s defense attorneys that Waters’ public comments could, if their client is convicted, result in the verdict being overturned on appeal on the grounds it amounts to witness intimidation.

I’ll give you that Congresswoman Waters may have given you something on appeal that may result in this whole trial being overturned. I’m aware of the media reports, I’m aware that Congresswoman Waters was talking specifically about this trial, and about the unacceptability of anything less than a murder conviction, talked about being confrontational — but you can submit the press articles about that. This goes back to what I’ve been saying from the beginning. I wish elected officials would stop talking about this case, especially in a manner that is disrespectful to the rule of law,, and to the judicial branch and our function. I think if they want to give their opinions, they should do so in a respectful, and in a manner that is respectful to the Constitution, to respect the co-equal branch of government. Their failure to do so, I think, is abhorrent, but I don’t think it has prejudiced this, with additional material that would prejudice this jury. … A congresswoman’s opinion really doesn’t matter a whole lot.

Cahill, by no means a conservative, actually worked for a time for Sen. Amy Klobuchar (D-MN)–the Democrat senator from Minnesota and former presidential candidate.

Waters, in comments to CNN’s Raju on Monday night, actually falsely claimed that Judge Cahill did not say her comments could result in a potential Chauvin conviction–as of yet still no guarantee because the jury just began deliberations Monday night–being overturned on appeal:

What set this latest congressional tumult off was this past weekend, while appearing at a protest over the death of Daunte Wright in nearby Brooklyn Center, Minnesota, Waters urged protesters to increase their hostility to others if the jury in Chauvin”s trial did not return a murder conviction.

Waters told reporters during the protest:

We’re looking for a guilty verdict. And we’re looking to see if all of the talk that took place and has been taking place after they saw what happened to George Floyd, if nothing does not happen, then we know that we’ve got to not only stay in the street, but we’ve got to fight for justice. But I am very hopeful, and I hope we are going to get a verdict that says ‘guilty, guilty, guilty.’ If we don’t, we cannot go away.

Waters added when replying to a followup question that if Chauvin is not convicted of murder, protesters must ratchet up pressure and get “confrontational.”

Waters later claimed in an interview with The Grio that Republicans and conservatives were mischaracterizing what she said, an argument also used by House Speaker Nancy Pelosi to defend her fellow California Democrat.

But McCarthy has the ability, as the House GOP leader, to offer a privileged resolution and force a vote–which House GOP leadership aides expect will occur this week either on Tuesday or Wednesday–on a censure measure of Waters. The entire House GOP delegation from Minnesota subsequently fully endorsed the censure push, a sign that Republicans in the House are likely to be unified on the matter. Assuming all Republicans vote for it, with the slim Democrat majority in the chamber, Waters can only afford two Democrats to vote for the censure measure to skate by without consequence.

If three or more House Democrats join with all House Republicans to vote for McCarthy’s censure resolution, Waters will become only the sixth member of the House in modern history–the last century–to actually be censured. If she is censured, per the rules of the Democrat caucus, she will lose her chairmanship of the House Financial Services Committee.

House Majority Leader Steny Hoyer, Pelosi’s top lieutenant, while defending Waters, did say that the comments from Judge Cahill “concerns me”–a sign of the difficult position Waters has put the Democrats in the House in over her call for violence this past weekend in Minnesota.

Steny Hoyer on Waters: “I don't think she meant violence, or that she'd ever advocate violence … She is a passionate – she believes in her issues.” Hoyer also told me that the judge’s belief that Waters’ comments could give the defense grounds to appeal “concerns me,” he said.

The measure presents a tough choice for frontline, battleground district Democrats who could either vote to censure Waters and possibly divide their conference and party at a critical time for President Joe Biden’s legislative agenda, or they could vote against the censure resolution and literally write the campaign ads against themselves for Republicans in the upcoming midterm elections.