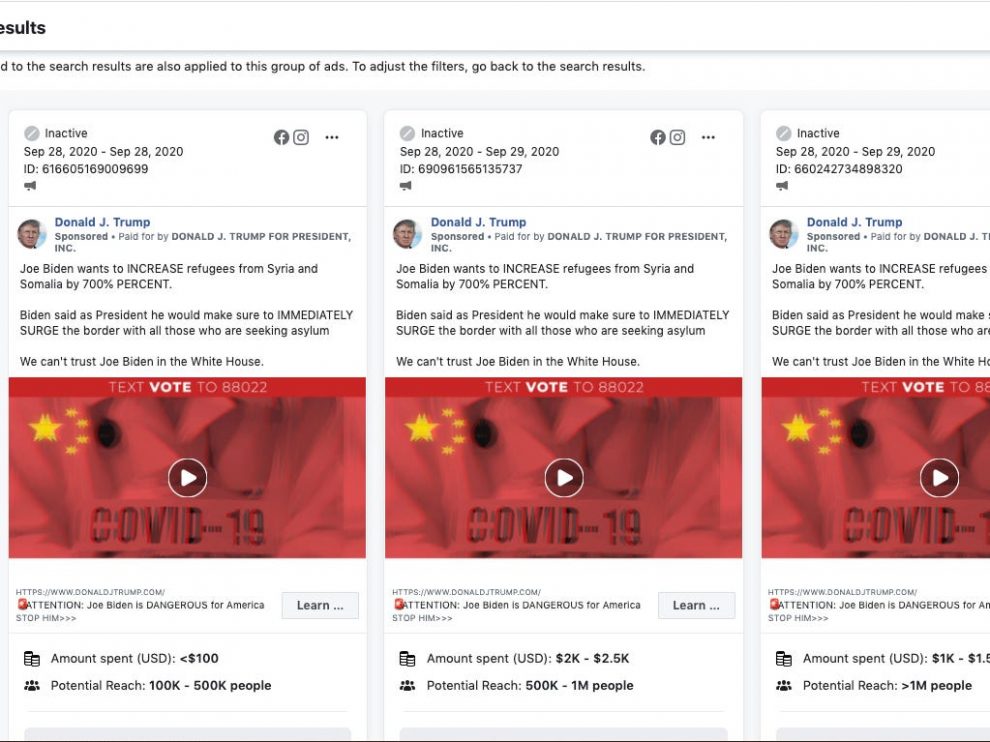 Facebook said Wednesday that it had taken down ads from the Trump campaign that claimed without evidence that accepting refugees from abroad would increase risks related to the coronavirus pandemic.

“We rejected these ads because we don’t allow claims that people’s physical safety, health, or survival is threatened by people on the basis of their national origin or immigration status,” Facebook spokesperson Andy Stone said in a statement.

The ads included a video of Joe Biden talking about the border, overlaid with text about “the health risks” from an “increase in refugees.” It also alleged that Biden would increase the number of refugees arriving from Syria, Somalia and Yemen by 700 percent. The ads cited no sources.

The Trump campaign began running the ads Tuesday with at least 38 different versions before Facebook determined that the ads ran afoul of the company’s advertising policies. 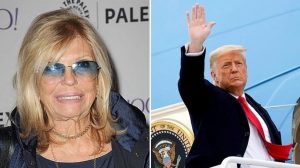 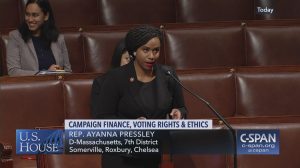