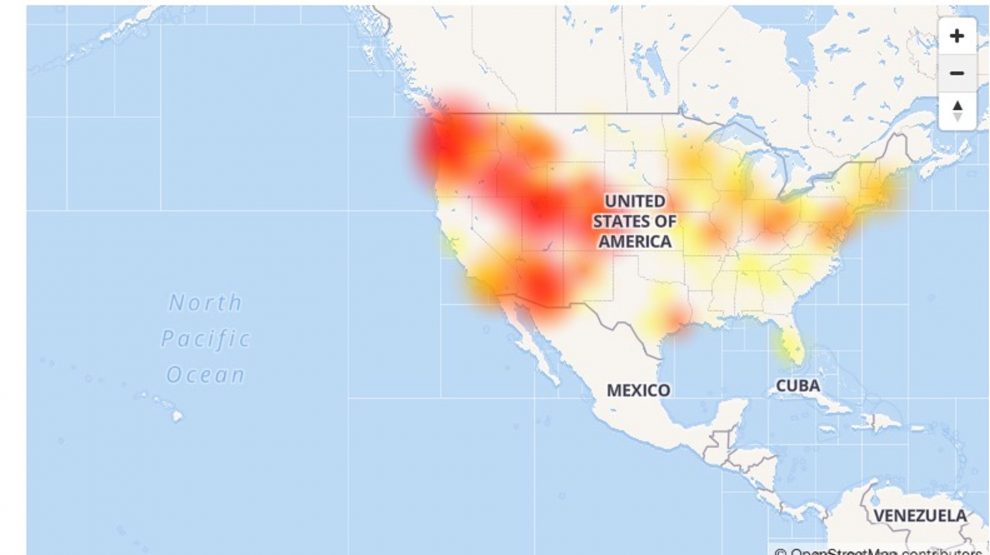 The massively popular social network started having problems at around noon Eastern time, with issues popping up across Facebook proper, Facebook Messenger and Instagram around the world.

Some users of Facebook-owned WhatsApp reported having issues sending photos on the popular messaging app.

As with nearly every Facebook outage, users headed to Twitter with the hashtag #facebookdown quickly becoming the top trending topic in the United States.

Downdetector.com, which monitors websites, showed the company experiencing issues across a large portion of the U.S. and Europe in addition to reported problems in parts of South America, Asia and Australia.

It is not immediately clear what caused Wednesday’s issue. Some users reported seeing a message saying the site was down for “required maintenance,” while others were able to get the social networks to briefly load before discovering that functionality was limited.

“We’re aware that some people are currently having trouble accessing the Facebook family of apps,” a Facebook spokesperson said in a statement provided to USA TODAY. “We’re working to resolve the issue as soon as possible.”

In a tweet at 3:03 p.m. ET the company reiterated that it is still working on a fix. Facebook also confirmed that the outage was not the result of any distributed denial of service, or DDoS, attack.

See also  Ontario Premier Doug Ford Swallows a Bee During Live Press Conference
→ What are your thoughts? ←
Scroll down to leave a comment: