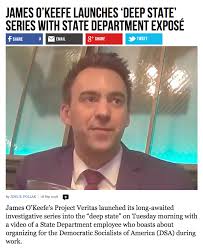 Project Veritas has obtained and published documents and presentation materials from a former Facebook insider. This information describes how Facebook engineers plan and go about policing political speech. Screenshots from a Facebook workstation show the specific technical actions taken against political figures, as well as “[e]xisting strategies” taken to combat political speech.

Project Veritas founder James O’Keefe said that to expose dishonesty and censorship in big tech companies, he will be relying upon more insiders, informants and leakers in the future:

“I saw things that were going on that I personally found to be troubling.”