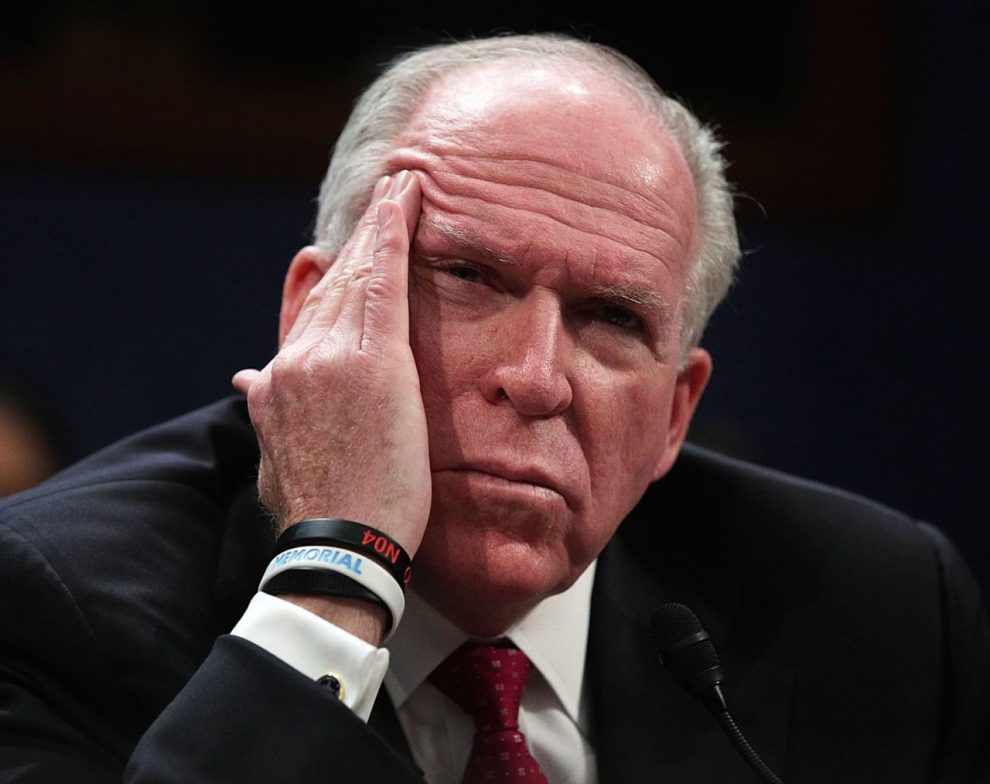 A former deputy director for the Defense Intelligence Agency (DIA) admitted that he knew a “significant portion” of Hunter Biden’s laptop “had to be real,” but signed an October 2020 letter attacking the NY Post’s bombshell report anyway, the Post reports.

The official, Douglas Wise, was one of 51 former intelligence officials who said the Post’s report had the appearance of a Russian disinformation campaign.

“All of us figured that a significant portion of that content had to be real to make any Russian disinformation credible,” in a comment to The Australian. “The letter said it had the earmarks of Russian deceit and we should consider that as a possibility,” he continued.

“It did not say Hunter Biden was a good guy, it didn’t say what he did was right and it wasn’t exculpatory, it was just a cautionary letter.”

Except, the letter concluded that “It is high time that Russia stops interfering in our democracy,” and referenced “[o]ur view that the Russians are involved in the Hunter Biden email issue.”

The Oct. 19 letter — whose signatories included former Defense Secretary Leon Panetta, former Director of National intelligence James Clapper, and former CIA Director John Brennan — went out of its way to cast doubt on the legitimacy of The Post’s scoop, devoting five paragraphs to explaining “factors that make us suspicious of Russian involvement” while slipping in the caveat that “we do not know if the emails … are genuine or not and … we do not have evidence of Russian involvement.” -NY Post

And as Jonathan Turley notes,

The infamous letter from the former intel officials (including such Democratic figures like John Brennan, James Clapper, Leon Panetta and Jeremy Bash) was used by the media to assure the public that there was nothing to see in the scandal. It was the perfect deflection in giving a cooperative media cover to bury the story of how the Biden family engaged in influence peddling worth millions with foreign figures, including some with foreign intelligence connections.

It worked beautifully. It was not until two years later that NPR, the New York Times, and other media outlets got around to telling the public the truth.

Now some of the signatories are trying to rehabilitate themselves. It is not hard. Figures like Bash have been rewarded for their loyalty. Others like Brennan and Clapper have become regulars on CNN to continue to give their takes on intelligence.

Wise, however, has tried to find some redeemable role in the letter. He told The Australian that “All of us figured that a significant portion of that content had to be real to make any Russian disinformation credible.” So the emails and photos showing criminal acts with prostitutes and thousands of emails on influence peddling was likely true, but that truth only made them more dangerous forms of Russian disinformation.

It is that easy. True or not, the story was dangerous in detailing the corruption of the Biden family before the election. Done and done.

It also means that, under this dubious logic, you can spike any true story that is embarrassing to the President or the party as presumptive disinformation.

Indeed, Wise says that it was “no surprise” to learn that the emails that he helped spike were actually genuine.

He is not alone. Washington Post columnist Thomas Rid wrote that “We must treat the Hunter Biden leaks as if they were a foreign intelligence operation — even if they probably aren’t.”

Let that sink in for a second. It does not matter if these are real emails and not Russian disinformation. They probably are real but should be treated as disinformation even though American intelligence has repeatedly rebutted that claim. It does not even matter that the computer was seized as evidence in a criminal fraud investigation or that a Biden confidant is now giving his allegations to the FBI under threat of criminal charges if he lies to investigators.

Yet, they still wanted the media to treat the story before the election as part of “Russian overt and covert activities that undermine US national security” as a story with “all the classic earmarks of a Russian information operation.”

Keep in mind that these “experts” literally had nothing beyond a potentially damaging story against the Bidens before an election. That was all that it took for these experts to rush out their letter.

Wise does not address that American intelligence reached the exact opposite conclusion and found no evidence — none — of Russian involvement or some foreign disinformation conspiracy.

Wise and the other signatories did not want to wait for any facts to support their claim. They rushed out the letter to an eagerly awaiting media to spike the story before the election. Now, they are seeking plausible deniability that they were political operatives sent on a political hit job. It is as implausible as calling a presumed true story “disinformation.”