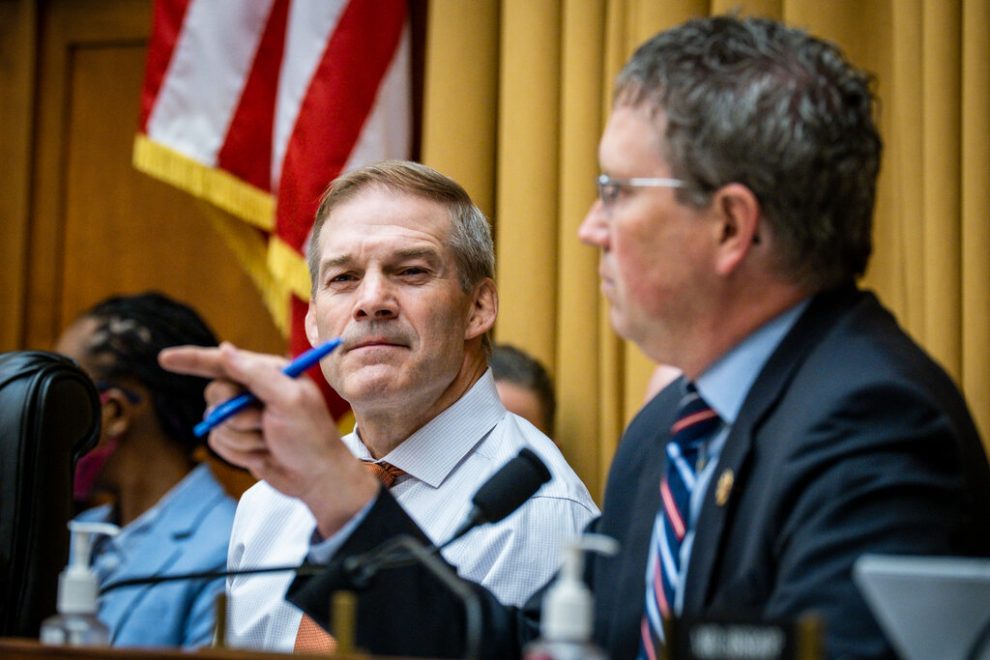 Sometimes, these articles almost write themselves. Or, due to hypocrisy, dishonesty, or unintentional humor, many stories beg to be covered. This is one of them, and the cast is perfect: an ex-Republican congressman, MSNBC, and the Democrat-weaponized FBI — with the CIA tossed in as a bonus.

Our tale begins with Kentucky Republican Rep. Thomas Massie’s revelation that now-House Speaker Kevin McCarthy agreed, as part of a deal with GOP lawmakers opposed to his speakership bid, to the formation of a committee modeled after the 1975 Senate Select Committee, formed by Senator Frank Church, which investigated abuses by the CIA, FBI, National Security Agency, and the IRS, as reported by my colleague Nick Arama.

Enter, ex-Republican Congressman-turned-MSNBC analyst David Jolly and his appearance on Katie Phang’s Saturday morning show. In reaction to the news that McCarthy agreed to organize the committee to investigate alleged abuses by the FBI and CIA in recent years, as reported by NewsBusters, Jolly suggested that Fox News viewers are degenerate drug addicts, desperate for their next fix of government-hating heroin. Great start, right?

Uh-huh, not a hint of bitter hatred there at all, Mr. Jolly.

Never mind, of course, that Elon Musk’s Twitter Files dumps revealed the FBI’s ongoing relationship with the Big Tech platform to suppress or ban news and opinions critical of the Hunter Biden laptop story prior to the 2020 presidential election — not to mention the involvement of the Democrat National Committee and the Joe Biden 2020 presidential campaign. And that’s just for starters.

Anyway, Phang kicked off the festivities by setting the table for Jolly:

David, you served in the House. You’ve been in the room for these types of negotiations. Matt Gaetz was asked why he changed his vote to “present,” and eventually for support of McCarthy. He said that he, quote, ran out of things to ask for.

I mean, how concerned should Americans be about what Kevin McCarthy gave up, what he agreed to behind those closed doors to finally get the gavel he’s been craving for so long?

“Craving”? In other words, Phang suggested that McCarthy desperately wanted to be Speaker and would do anything to make it happen. Jolly followed suit (emphasis, mine):

[T]alk about how [Kevin] got it done, because it’s so critically important. What he gave away, what we know he gave away, was to give more breathing room and more power to the insurrectionists. And we really have to look at it through that context. You’ll hear the insurrectionist caucus talk how, what they did was empower all members to be able to do more on the floor. That’s true!

And then secondly, what he gave them that we know, is the formation of what looks like a Church committee from the 1970s.

A House committee where Republicans can shred at the integrity of the federal government, and tell America that your government is spying on you and coming after you. That is at the heart of this; tear down, break down the government. We can’t trust the government. We’re going to topple it.

He just gave them a committee platform to have those hearings. And you better believe that is going to be heroin in the veins of Fox News viewers over the next two years. And undermine our confidence as Americans in self-governance. That’s the danger of what Kevin McCarthy just did.

Yep, no hatred at all.

I wonder if it occurred to Katie Phang to tell David Jolly, in reference to “shredding the integrity of the federal government,” that that ship has already sailed? Nah, not a chance. So I will.

The federal government under Joe Biden and Democrat control has already shredded itself, Mr. Jolly, including Attorney General Merrick Garland’s, Department of Justice, the Federal Bureau of Investigation, and the Internal Revenue Service.

Next time, let’s do the U.S. military.