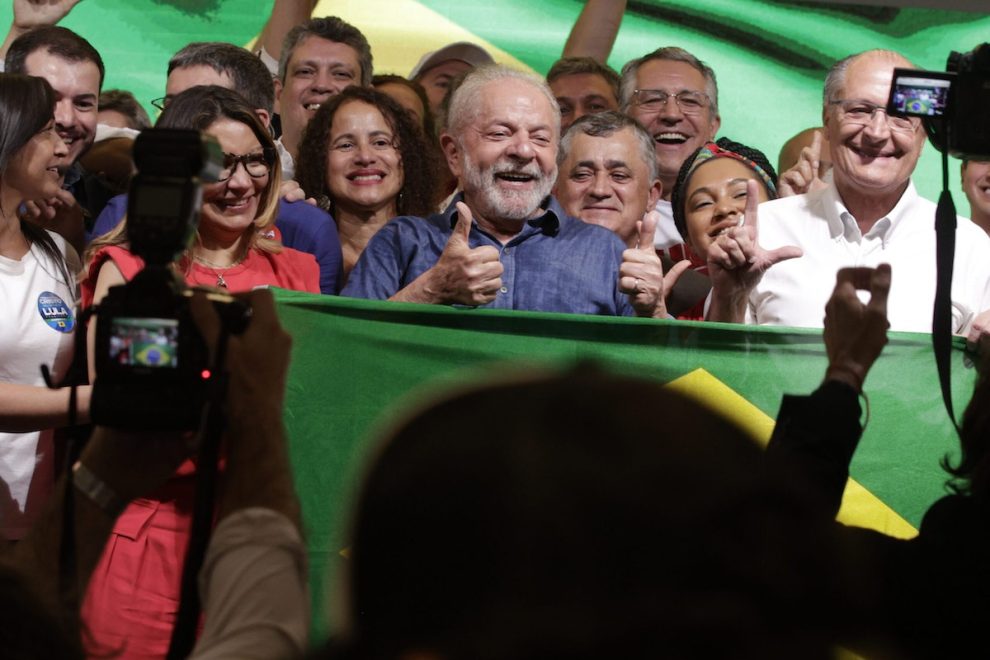 Former President Luiz Inácio Lula da Silva, colloquially known as ‘Lula’, defeated incumbent President Jair Bolsonaro in a tightly contested election on Sunday night, and will be the next President of Brazil.

With 99% of the vote in, the self described socialist defeated the populist conservative Jair Bolsonaro by a margin of 50.9% – 49.1%. The election went to a run-off between the top two finishers after no candidate secured a majority in the first round: Lula led the pack with 48% to Bolsonaro’s 43%, but Bolsonaro outperformed polling which suggested that Lula would walk away with the contest in the first round.

Lula is a founding member of Brazil’s left-wing Worker’s Party. He was a perennial presidential candidate before finally coming to power in the 2002 Brazilian elections, and held office from 2003-2010. Lula is also a populist and something of an icon in Latin America, where his ideology, Lulism, is a popular strand of socialist thought.

Lula’s defeat of Bolsonaro follows a trend of left-wing governments coming to power across Latin America, described by some observers as a second ‘pink tide’ reminiscent of a similar political shift in the first years of the 21st century. In the final days of the campaign, President Bolsonaro spoke to Daily Wire Host Ben Shapiro about the potential stakes of the election.

“We in Brazil cannot possibly join the Venezuela club, or league of countries, which now includes Chile, Argentina, and Nicaragua. Brazil is the most important country in South America, so if Brazil succumbs to the left-wing, that’s the end of South America,” he said.

Brazil is the 7th most populous nation in the world, home to over 215 million people, and it is also the world’s 12th largest economy – it is by far the largest nation in Latin America.

While his administration has been described as ‘moderate left,’ Lula also supported Hugo Chavez’s rise to power in Venezuela and was aligned with him and other left-wing leaders in Latin America. Lula also played a role in negotiating the Obama Administration’s Iran Nuclear Deal, and condemned the killing of Qassem Soleimani during the Trump Administration.

Lula’s government was also plagued by several corruption scandals, although the largest scandal would emerge after he left office. His successor and former chief of staff, Dilma Rouseff, was impeached and removed from office in 2016 in connection with the largest corruption investigation in Brazil’s history, Operation Car Wash. The scandal involved a massive money laundering and bribery scheme centered around a state owned oil company, Petrobras, and by the time the smoke cleared 3 former presidents had been jailed on corruption charges, including Lula.

Normally, that conviction would have been disqualifying: Brazil has a ‘Clean Slate’ law that blocks politicians convicted of certain felonies from running for office. Lula was blocked from running in 2018, and many observers believe that was a major reason why Bolsonaro won that election.

But, in a controversial decision a justice on Brazil’s Supreme Court voided Lula’s convictions in 2021, restoring his eligibility for office. Documents leaked after Lula’s trial suggested that the judge in the case, Sergio Moro, improperly collaborated with the prosecution. Moro would go on to serve in Bolsonaro’s cabinet as the Minister of Justice and Public Security.

Lula was also reportedly tried in the wrong jurisdiction – the trial took place in a court in Curitiba in the state of Paraná, but the alleged crimes were committed in Brasilia, the nation’s capital, and Lula was a resident of Brasilia at the time of prosecution so his trial supposedly should have been conducted there. The decision was highly controversial and did not exonerate Lula of wrongdoing, but any lingering miasma of disrepute was not enough to stop Lula from crossing the finish line.

The incumbent, Bolsonaro, is a populist conservative, sometimes called ‘the Tropical Trump’, who came to power after the aforementioned corruption scandals soured public opinion on the then dominant Worker’s Party, after surviving an assassination attempt.

Bolsonaro is well known for his hardline stances on crime and social issues like same sex marriage and abortion. He’s also taken steps to privatize government owned business, increase civilian access to firearms and open up parts of the Amazon rainforest to economic development. Bolsonaro has also pursued closer economic and political ties with the United States compared to previous Brazilian governments.

Bolsonaro has also made international headlines for his stance COVID-19 – from very early on he actively opposed lockdowns and even prevented local governments from imposing restrictions. The Brazilian economy fared better than many people predicted and recovered to pre-pandemic levels by early 2021, but critics of Bolsonaro have accused him of downplaying the danger of the virus and causing hundreds of thousands of unnecessary deaths. 600,000 Brazillians died from COVID, the second highest death toll reported in any nation, although on a per capita basis Brazil’s death rate was comparable to the rate seen in neighboring Chile and the United States, and only as half as high as Peru’s.

Bolsonaro has regularly criticized the integrity of Brazilian elections, and raised concerns about fraud before the vote. Unlike in the United States, however, the Brazilian President is selected by national popular vote, and it will be difficult to overcome the nearly 2 million ballot advantage Lula amassed even if some local fraud is demonstrated. The Biden administration rebuked Bolsonaro preemptively several days before the election, and prominent Democrats have suggested that the US will “re-evaluate its relationship” with the largest democracy in Latin America if Bolsonaro challenges the results of the vote.

President Biden put out an official statement congratulating Lula after his victory, stressing that the election was “free, fair and credible.”