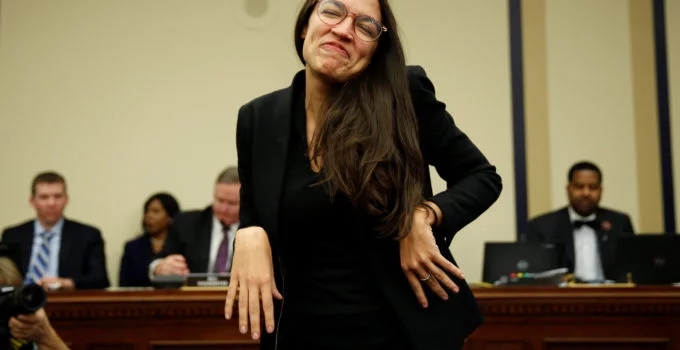 Even the U.S. Federal Reserve thinks Alexandria Ocasio-Cortez needs to cool it with all the money-printing schemes.

“An increasingly popular theory espoused by progressives that the government can continue to borrow to fund social programs such as Medicare for everyone, free college tuition and a conversion to renewable energy in the next decade is unworkable.”
The idea that deficits don’t matter for countries that can borrow in their own currency I think is just wrong,”
Federal Reserve Chairman Jerome Powell said Tuesday.

See also  Arizona Sheriff's Office Investigating Active Organized Voter Fraud in Yuma County
→ What are your thoughts? ←
Scroll down to leave a comment: