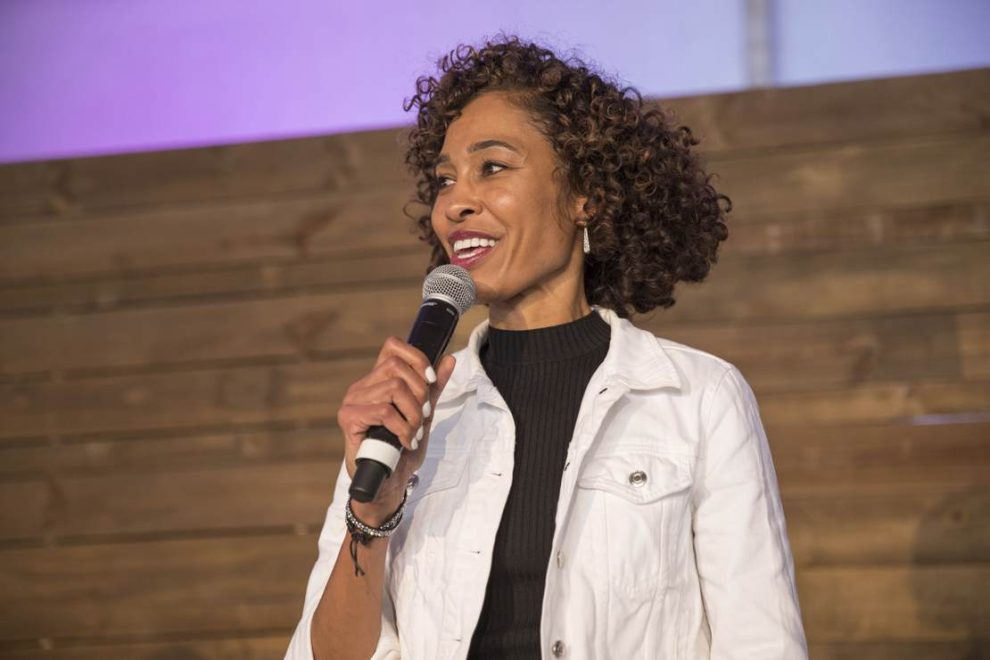 This week the PGA Championship has been taking place at Southern Hills in Tulsa, Okla. Among the stories of the tournament — Will Zalatoris leading the field, Bubba Watson’s impressive Friday round, and the media focusing its coverage on Tiger Woods despite his being 12 shots off the lead — was a scary moment for ESPN anchor and reporter Sage Steele.

Steele, who has been covering the tournament for SportsCenter, had finished her shift on Thursday and was watching from the media gallery when Jon Rahm hit a tee shot that went wide left and wound up hitting Steele in the face.

Over at the Quadrilateral, Geoff Shackelford reported that an eyewitness said “they ‘saw her on the ground, holding her nose, mouth or chin area’ and her hands ‘covered in blood’ … The impact must have been brutal: Rahm’s tee shot ended up in the center of the fairway.”

“A review of the Featured Group coverage showed nothing abnormal or signs that Rahm or his caddie had any idea someone was injured by the tee shot,” Shackelford continued.

“There was no indication Rahm or his caddie realized what happened in real-time,” reports Ryan Glasspiegel at the Post. “The shot went so far off the fairway, it was not picked up by TV camera. The ESPN broadcast did not make any mention of Rahm’s drive hitting Steele. At least one social media account indicated that it was mentioned on SiriusXM’s coverage of the tournament.”

Steele went to the hospital following the incident, and the New York Post reported that she went home to Connecticut after leaving the hospital and won’t return to cover the rest of the tournament.

Pray for Steele as she recovers.