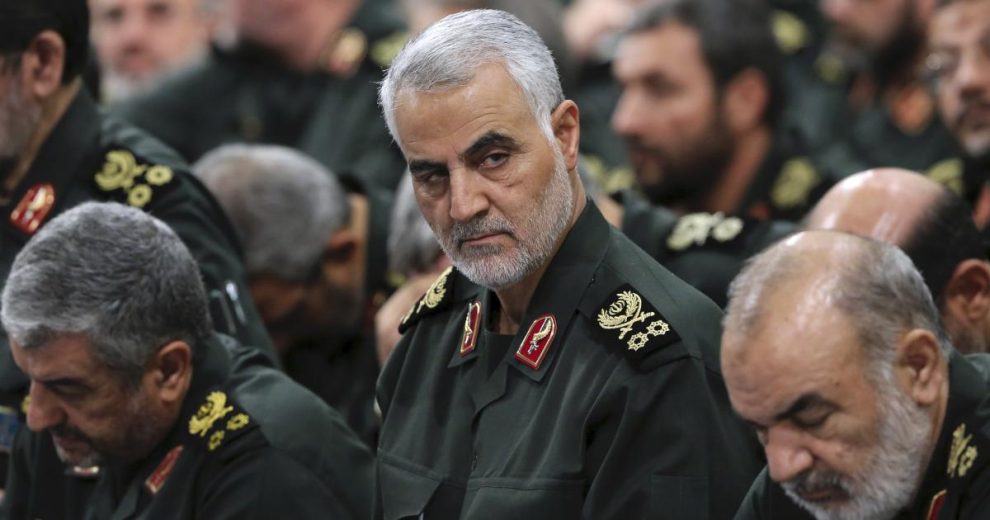 The consensus among future historians will be inevitable: the 2020s started with a diabolic murder.

This act of war set the tone for the new decade and inspired my book Raging Twenties: Great Power Politics Meets Techno-Feudalism, published in early 2021.

The drone strikes at Baghdad airport, directly approved by the pop entertainer/entrepreneur then ruling the Hegemon, Donald Trump, constituted an imperial act engineered as a stark provocation, capable of engendering an Iranian reaction that would then be countered by, “self-defense”, packaged as “deterrence”.

The proverbial narrative barrage spun to saturation, ruled it as a “targeted killing”: a pre-emptive op squashing Gen. Soleimani’s alleged planning of “imminent attacks” against US diplomats and troops.No evidence whatsoever was provided to support the claim.

Everyone not only along the Axis of Resistance – Tehran, Baghdad, Damascus, Hezbollah – but across the Global South had been aware of how Gen. Soleimani led the fight against Daesh in Iraq from 2014 to 2015, and how he had been instrumental in retaking Tikrit in 2015.

This was his real role – a true warrior of the war on terror, not the war of terror. For the Empire, to admit his aura glowed even across – vassalized – lands of Sunni Islam was anathema.

It was up to then-Iraqi Prime MinisterAdil Abdul-Mahdi, in front of Parliament in Baghdad, to offer the definitive context: Gen. Soleimani, on a diplomatic mission, had boarded a regular Cham Wings Airbus A320 flight from Damascus to Baghdad. He was involved in complex negotiations between Tehran and Riyadh, with the Iraqi Prime Minister as a mediator, and all that at the request of President Trump.

In fact two, because al-Muhandis exhibited the same leadership qualities as Gen. Soleimani, actively promoting synergy between the battlefield and diplomacy, and was considered absolutely irreplaceable as a key political articulator in Iraq.

Gen. Soleimani’s assassination had been “encouraged” since 2007 by a toxic mixture of Straussian neo-cons and neoliberal-cons -supremely ignorant of Southwest Asia’s history, culture, and politics – in tandem with the Israeli and Saudi lobbies in Washington.

Trump, blissfully ignorant of international relations and foreign policy matters, could not possibly understand The Big Picture and its dire ramifications when he had only Israeli-firsters of the Jared“of Arabia” Kushner kind whispering in his ear.

The King is now Naked

But then everything went downhill.

Tehran’s direct response to Gen.Soleimani’s assassination, in fact quite restrained considering the circumstances, was carefully measured to not unleash unrestrained imperial “deterrence”.

It took the form of a series of precision missile strikes on the American-controlled Ain al-Assad air base in Iraq. The Pentagon, crucially, received an advance warning.

And it was precisely that measured response that turned out to be the game-changer.

Tehran’s message made it graphically clear – for the whole Global South to see – that the days of imperial impunity were over.

Any exceptionalist with a working brain would not fail to get the message: we can hit your assets anywhere in the Persian Gulf – and beyond, at the time of our choosing.

So this was the first instance in which Gen Soleimani, even after leaving his mortal coil, contributed to the birth of the multipolar world.

Those precision missile strikes on the Ain al-Assad base told the story of a mid-ranked power, enfeebled by decades of sanctions, and facing a massive economic/financial crisis, responding to a unilateral attack by targeting imperial assets that are part of the sprawling 800-plus Empire of Bases.

Historically, that was a global first –unheard of since the end of WWII.

And that was clearly interpreted across Southwest Asia – as well as vast swathes of the Global South – for what it was: The King is now Naked.

Surveying the shifting chessboard
Three years after the actual murder, we may now see several other instances of Gen. Soleimani paving the way toward multipolarity.

There was a regime change at the Hegemon – with Trumpism being replaced by a toxic neoliberal-con cabal, infiltrated by Straussian neo-cons, remote-controlling a senile warmongering entity barely qualified to read a teleprompter.

This cabal’s foreign policy turned out to be supremely paranoid, antagonizing not only the Islamic Republic but also the Russia-China strategic partnership.

These three actors happen to be the three top vectors in the ongoing process of Eurasia integration.

Gen Soleimani may have foreseen, ahead of anyone else except Leader of the Islamic Revolution Ayatollah Seyyed Ali Khamenei, that the JCPOA – or Iran nuclear deal – was definitely six feet under, as the recent farce these past few months in Vienna made it clear.

So he could have possibly foreseen that with a new administration under President EbrahimRaisi, Tehran would finally abandon any hope of being “accepted” by the collective West and wholeheartedly embrace its Eurasian destiny.

Years before the assassination, Gen. Soleimanihad already envisaged a “normalization” between the Israeli regime and Persian Gulf monarchies.

At the same time he was also very much aware of the Arab League 2002 position – shared, among others, by Iraq, Syria, and Lebanon: a “normalization” cannot even begin to be discussed without an independent – and viable – Palestinian state under 1967 borders with East Jerusalem as capital.

Gen. Soleimani did see the Big Picture all across West Asia, from Cairo to Tehran and from the Bosphorus to the Bab-al-Mandeb. He certainly foresaw the inevitable “normalization” of Syria in the Arab world – and even with Turkey, now a work in progress.

He arguably had imprinted in his brain the possible timeline followed by the Empire of Chaos to completely ditch Afghanistan – though certainly not the extent of the humiliating retreat – and how that would reconfigure all bets from West Asia to Central Asia.

What he certainly didn’t know was that the Empire left Afghanistan to concentrate all its Divide and Rule/strategy of chaos bets on Ukraine, in a lethal proxy war against Russia.

He could have been part of the diplomatic team when MbZ’ssecurity advisor Sheikh Tahnoonmet with President Raisi in Tehran over a year ago, even discussing the war in Yemen.

He could also have foreseen what took place this past weekend in Brasilia, on the sidelines of the dramatic return of Lula to the Brazilian presidency: Saudi and Iranian officials, in neutral territory, discussing their possible détente.

As the whole chessboard across West Asia is being reconfigured at breakneck speed, perhaps the only developmentGen.Soleimani would not have foreseen is the petro-yuan displacing the petrodollar “in the space of three to five years”, as suggested by Chinese President Xi Jinping in his recent landmark summit with the GCC.

I have a dream
The profound reverence towards Gen. Soleimani expressed by every layer of Iranian society – from the grassroots to the leadership – has certainly translated into honoring his life’s work by finding Iran’s deserved place in multipolarity.

Iran is now solidified as one of the key nodes of the New Silk Roads in Southwest Asia. The Iran-China strategic partnership, boosted by Tehran’s accession to the Shanghai Cooperation Organization (SCO)in 2002, is as strong geoeconomically and geopolitically as the interlocking partnerships with two other BRICS members, Russia and India. In 2023, Iran is set to become a member of BRICS+.

In parallel, the Iran/Russia/China triad will be deeply involved in the reconstruction of Syria – complete with BRI projects ranging from the Iran-Iraq-Syria-Eastern Mediterranean railway to, in the near future, the Iran-Iraq-Syria gas pipeline, arguably the key factor that provoked the American proxy war against Damascus.

Soleimaniis today revered at the Imam Reza shrine in Mashhad, at the al-Aqsa mosque in Palestine, at the dazzling late baroque Duomo in Ragusa in southeast Sicily, at a stupa high in the Himalayas, or a mural in a street in Caracas.

All across the Global South, there’s a feeling in the air: the new world being born – hopefully, more equal and fair – was somehow dreamed of by the victim of the murder that unleashed the Raging Twenties.