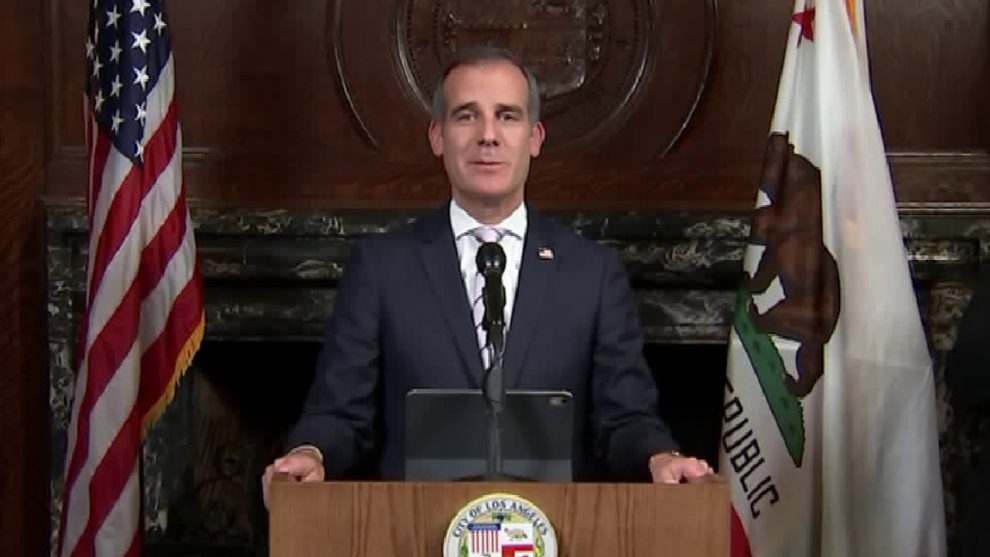 Los Angeles Mayor Eric Garcetti threatened “non-essential” businesses Tuesday that if they do not obey the city’s “stay at home” order to close during the pandemic crises, he will cut off their water and their electricity.

Speaking at his daily briefing, the mayor described his new enforcement initiative (via KTLA 5):

The mayor went on to announce the “business ambassadors program” — an effort to get nonessential businesses to close.

“This behavior is irresponsible and selfish,” he said of those that remain open.

He said the Department of Water and Power will shut off services for the businesses that don’t comply with the “safer at home” ordinance.

Neighborhood prosecutors will implement safety measures and will contact the businesses before issuing further action, according to Garcetti.

“The easiest way to avoid a visit is to follow the rules,” he said.

Though the streets of the city have largely been deserted, some people have been going to work. Some retail stores remain open; construction continues on unfinished homes; and gardeners continue to tend to yards and lawns.

Last week, Garcetti announced that several thousand homeless people would be moved into recreation centers in residential areas to help protect the homeless from coronavirus — though some have worried they will be more likely to contract the illness indoors, where “social distancing” is difficult despite six-foot separations between beds.

Garcetti has also “impressed” city employees to work at the shelters and elsewhere as “Disaster Service Workers.”