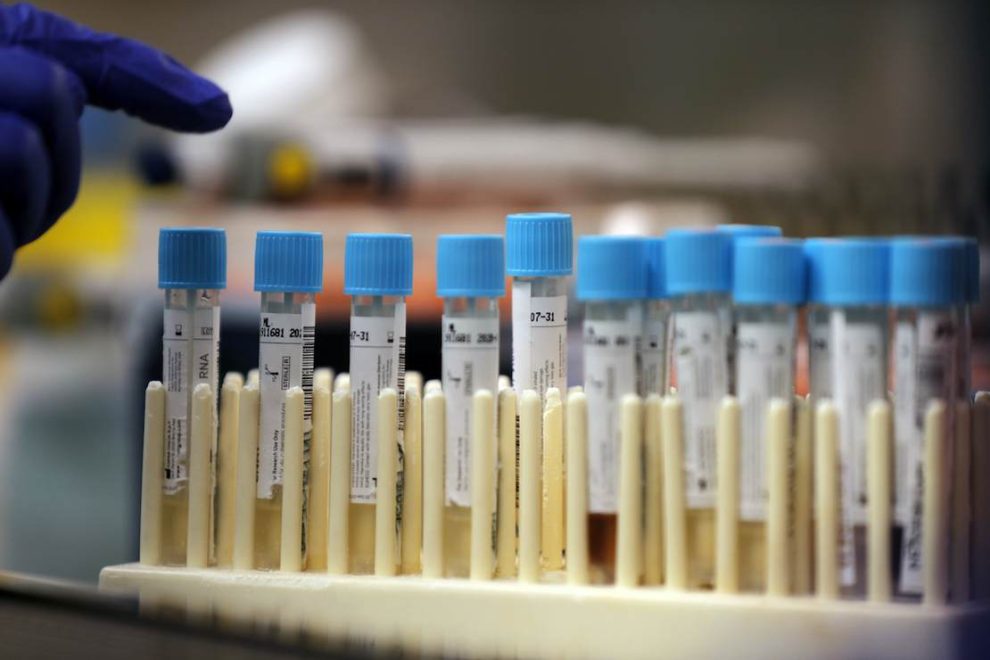 It sounds like a bad horror movie script from the 1960s, but it isn’t.

The Epoch Times is reporting that embalmers from around the nation are speaking out about strange blood clots they have been finding in the bodies of the deceased since around 2020 or 2021.

The clots are said to be white, fibrous, and rubbery and can be the size of a grain of sand or as long as a human leg. They can be as thick as a pinky finger. One embalmer claimed they can be “nearly the strength of steel.” Embalmers across the nation are contending that these clots are not normal.

Some bodies have so many clots that the embalmers are forced to drain blood from several points instead of just one. The embalming process takes roughly two hours but can take four hours if the bodies have a lot of clotting.

“Prior to 2020, 2021, we probably would see somewhere between 5 to 10 percent of the bodies that we would embalm having blood clots,” licensed embalmer Richard Hirschman told The Epoch Times.

Today, Hirschman, who embalms in Alabama, claims that 50% to 70% of the bodies have clots.

“For me to embalm a body without any clots, kind of like how it was in the day, prior to all of this stuff, it’s rare,” Hirschman continued.

“The exception is to embalm a body without clots,” he added.

“They’re not even dead from COVID. They’re dying of sudden heart attacks, strokes, cancers,” Hirschman stated. “It doesn’t seem to matter what these people die of nowadays, so many of them have the same anomalies in their blood.”

No one knows yet if the clots are due to COVID-19, the vaccine, or something else, but embalmers from around the country agree that these specific clots were not seen until recently.

Hirschman admitted he doesn’t always know the vaccination status of the bodies he embalms.

Even PolitiFact’s experts agree that “there’s something to the claim about a greater incidence of blood clots.”

“What embalmers are noticing, they say, could well be the effects of COVID-19 infection itself, and those effects are occurring in people who are vaccinated and unvaccinated,” PolitiFact wrote, adding that “they dismiss the idea that it’s linked to the vaccines.”

“If it’s not the vaccine, fine! What is it? Let’s figure it out because something is causing it and it can’t be healthy,” Hirschman continued.

Mike Adams, who runs an accredited lab in Texas, tested one of the clots Hirschman discovered against blood from a living, unvaccinated person and found the clot was almost completely lacking in potassium, iron, magnesium, and zinc.

“Notice that the key elemental markers of human blood such as iron are missing in the clot,” Adams told The Epoch Times, referring to a chart of his findings. “Similar story with magnesium, potassium, and zinc. These are clear markers for human blood. Live human blood will always have high iron, or the person would be dead. These clots have almost no iron, nor magnesium, etc.”

Embalmers from across the U.S. are starting to speak out about clotting, though many are choosing to remain anonymous. A licensed funeral director, who chose not to release her name, told The Epoch Times, “During May of 2021, the embalming process became more difficult. The normal draining of the blood was almost halted by thick, jelly-like blood. Instead of the blood flowing normally down the table, it was very viscous. So thick, that it would not wash down the table without assistance.”

Another embalmer who chose not to reveal his name added, “I can tell you with certainty that the clots Richard [Hirschman] has shown online are a phenomenon that I have not witnessed until probably the middle of last year. That is pretty much all I have to say about it. I have no knowledge as to what is causing the clots, but they did seemingly start showing up around the middle of 2021.”

“You can rest assured that the clots we are seeing are not something we ever saw prior to last year,” the anonymous embalmer added.

English funeral director John O’Looney has found the same type of clots in the UK and fully believes that it could be the reason athletes are dropping dead in record numbers.

“So all of these athletes and footballers you’re seeing, their arteries are full of that,” O’Looney declares in the video below, holding up a vial of clots removed from a 13-year-old.

Embalmers have NEVER seen this before in the arteries of people who have "died suddenly"… pic.twitter.com/qEEvJk20jJ

In another video, Hirschman stated that he has spoken with 15 other embalmers, and they are all seeing the same creepy new clots. He also stresses that some embalmers are reluctant to speak out. He further states that he “cannot prove it’s the vaccine, but my gut tells me it is.”